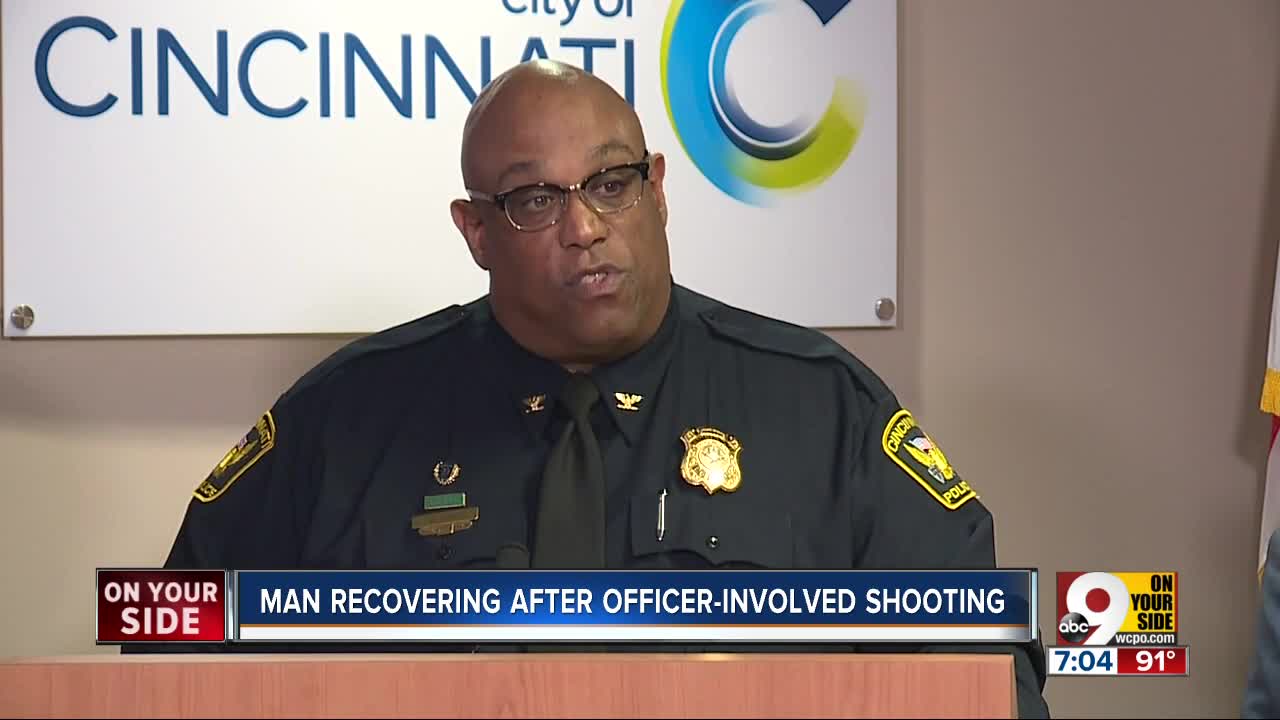 A 23-year veteran Cincinnati police officer shot 20-year-old Vernell Jackson after Jackson pointed his gun at the officer and refused a command to drop it, Police Chief Eliot Isaac said. 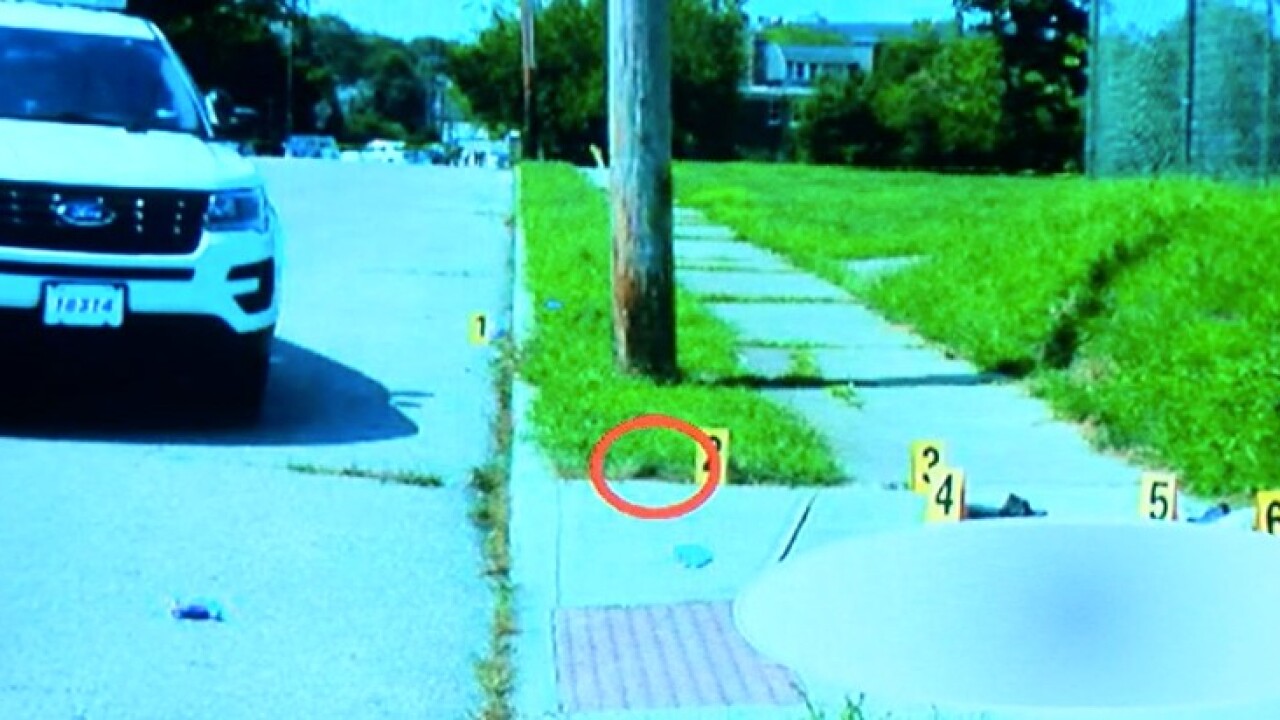 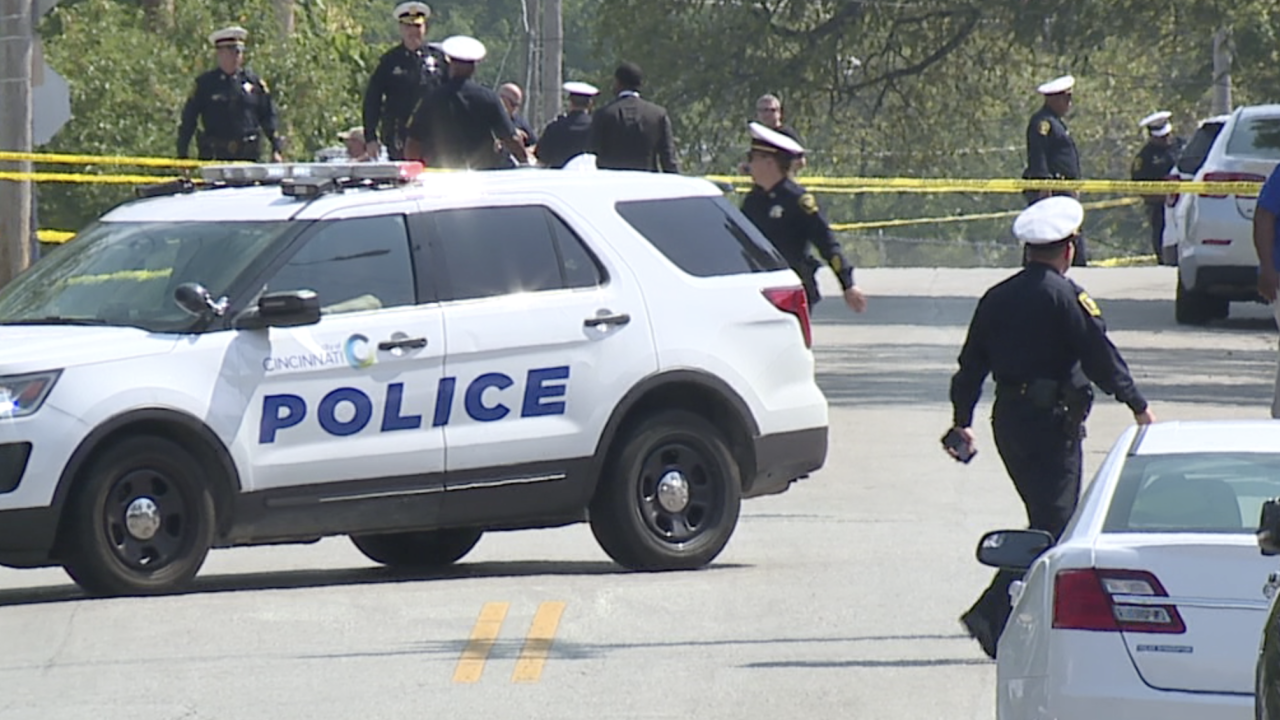 But Jackson's mother told WCPO her family is waiting to see body and dash cam video after Isaac left some questions unanswered.

Isaac said video from Officer Marc Schildmeyer's body camera and cruiser cam shows Jackson pointed a semi-automatic pistol at the officer during a confrontation at Blair Avenue and Blair Court in Avondale just after noon Wednesday.

The chief said he could not show the video at the briefing because the prosecutor subpoenaed it as part of his investigation. It should be available to the public early next week, Isaac said. Isaac walked the media through the incident while displaying still images from the scene.

The incident started when an undercover officer from the Gang Enforcement Unit spotted Jackson transferring a handgun from his pocket to his waistband, Isaac said. The officer called for assistance.

The officer fired one shot, hitting Jackson in the "right side of his torso," and Jackson immediately fell to the ground, the chief said.

"One of the things I want to highlight here is we get the opportunity through the body-worn camera [to see] the methods Officer Schildmeyer took in trying to save Mr. Jackson's life," the chief said.

Jackson is in critical condition but stable after surgery at UC Medical Center, Isaac said.

WCPO spoke to Jackson’s mother off camera. She said her son is alert as he recovers at the hospital.

When reporters pressed Isaac for a reason Jackson would have pointed a gun at an officer, the chief didn't offer one. He said Jackson has a "minor criminal record of misdemeanors."

A neighbor of Jackson called him "a very, very good child as far as my concerns are.”

“So I was surprised when they said, you know, when I found out what was going on down there," Freeman said.

Avondale resident James Hicks, who lives on Blair Avenue across the street from shooting, said he heard a young lady scream outside his home.

"II went to my balcony, and I saw she was saying someone was being shot," Hicks said. "It was just a lot of chaos that was taking place at the time.”

Isaac said a young woman was nearby at the time of the shooting, but he didn't reveal what she said to police..

Isaac said a gun found at the scene was bought legally but it did not belong to Jackson. Isaac described it as a Hi-Point .380 semi-automatic pistol with eight rounds in the magazine and said police would investigate how Jackson got the gun.

Jackson has been charged with aggravating menacing and carrying a concealed weapon, the chief said.

Isaac repeated what he said Wednesday - that he had ordered a stepped-up police presence in the area because of a recent increase in violent crime.

According to the city’s website, 89 violent crimes have been reported in Avondale this year. That includes a fatal shooting Tuesday night on Prospect Place. That's 15 more violent crimes - a 20% increase - compared to last year at this time.

Mayor John Cranley also spoke and repeated a warning he has sounded after previous officer-involved shootings.

"Too many shootings, too many guns ... If you point a gun at a cop, you will be shot," Cranley said.

"Having heard the description from the chief, I want (Schildmeyer) to know he has our full support and thank him for his humanitarian efforts to save the life of the suspect," the mayor said.

Isaac said there would be three separate investigations by the prosecutor's office, police Internal Investigations Section and the Citizen Complaint Authority.

Freeman said she wants incidents like this to stop.

“I’m just sick and tired and it hurts,” she said.

This is the fourth officer-involved shooting in the city since July 4.