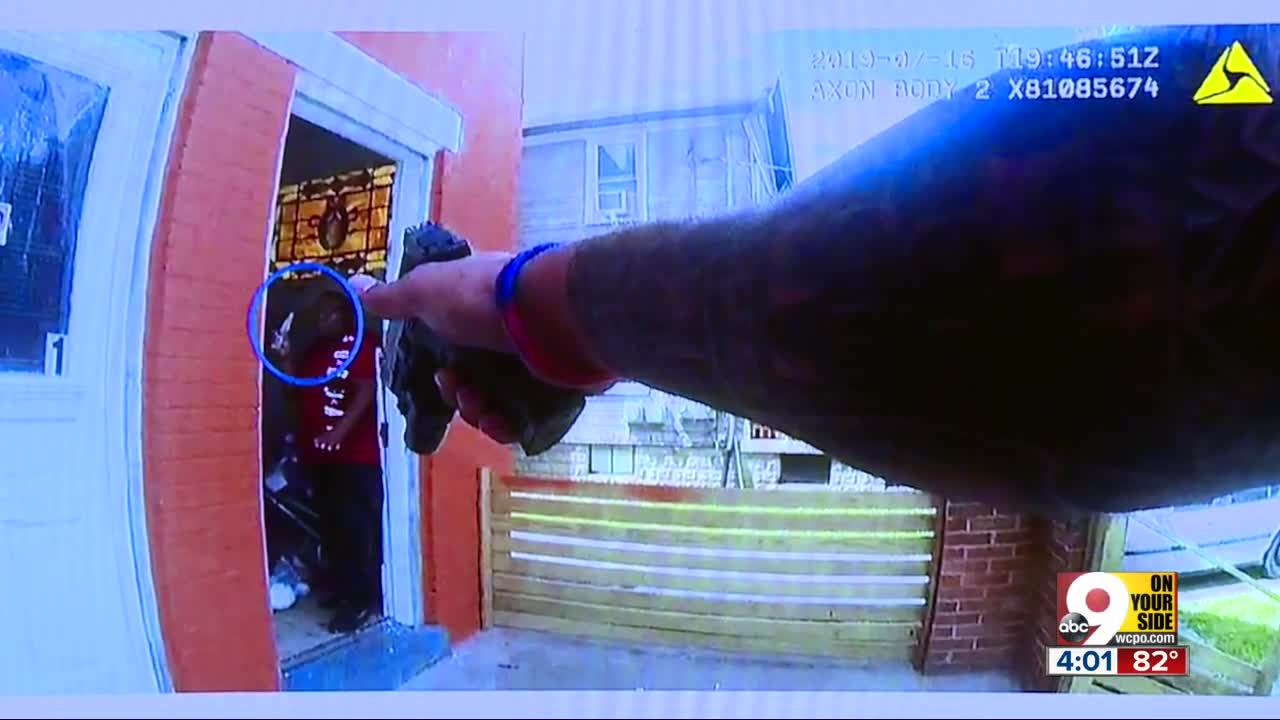 he police officers involved in a shooting in East Price Hill Tuesday afternoon will not face any charges, according to Hamilton County Prosecutor Joe Deters. Cincinnati Police Officers Joshua Wallet and Andrew Snape were dispatched at about 3:45 p.m. Tuesday to 327 Crestline Ave. after 26-year-old Ebony Singley called 911 and said she had a knife and was feeling suicidal after having a dispute with a friend, Chief Eliot Isaac said at a news briefing Wednesday. 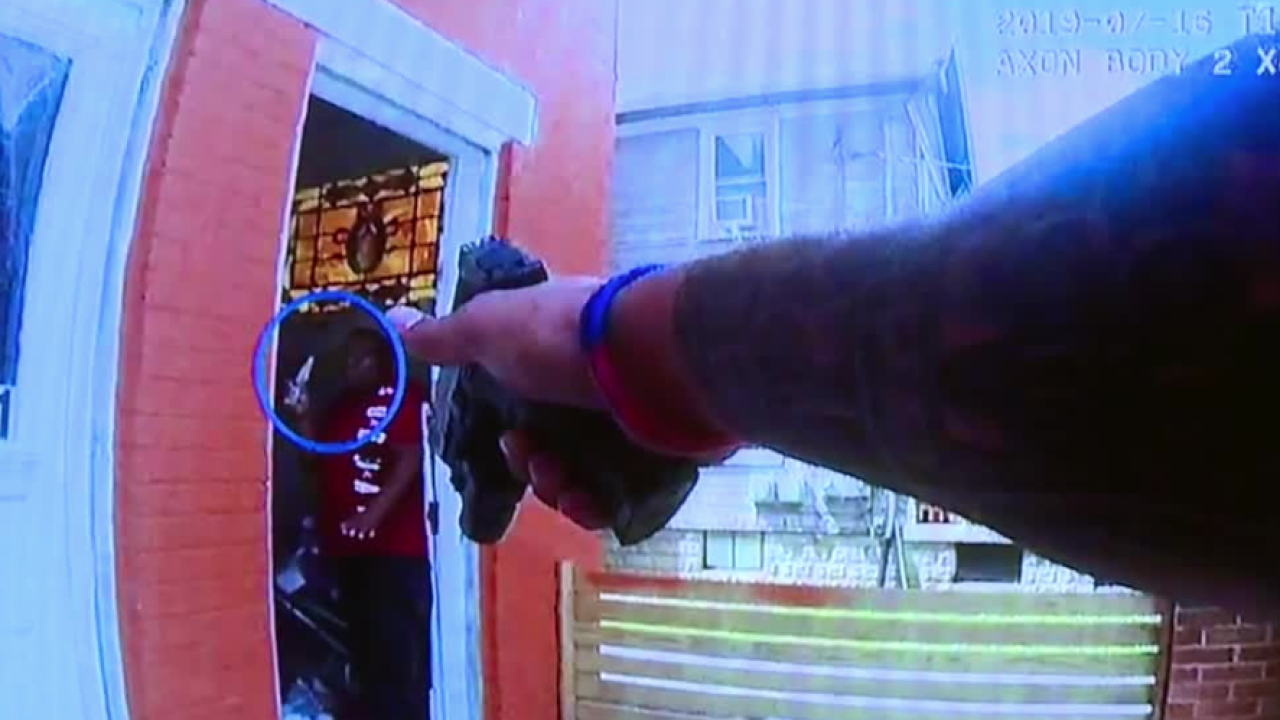 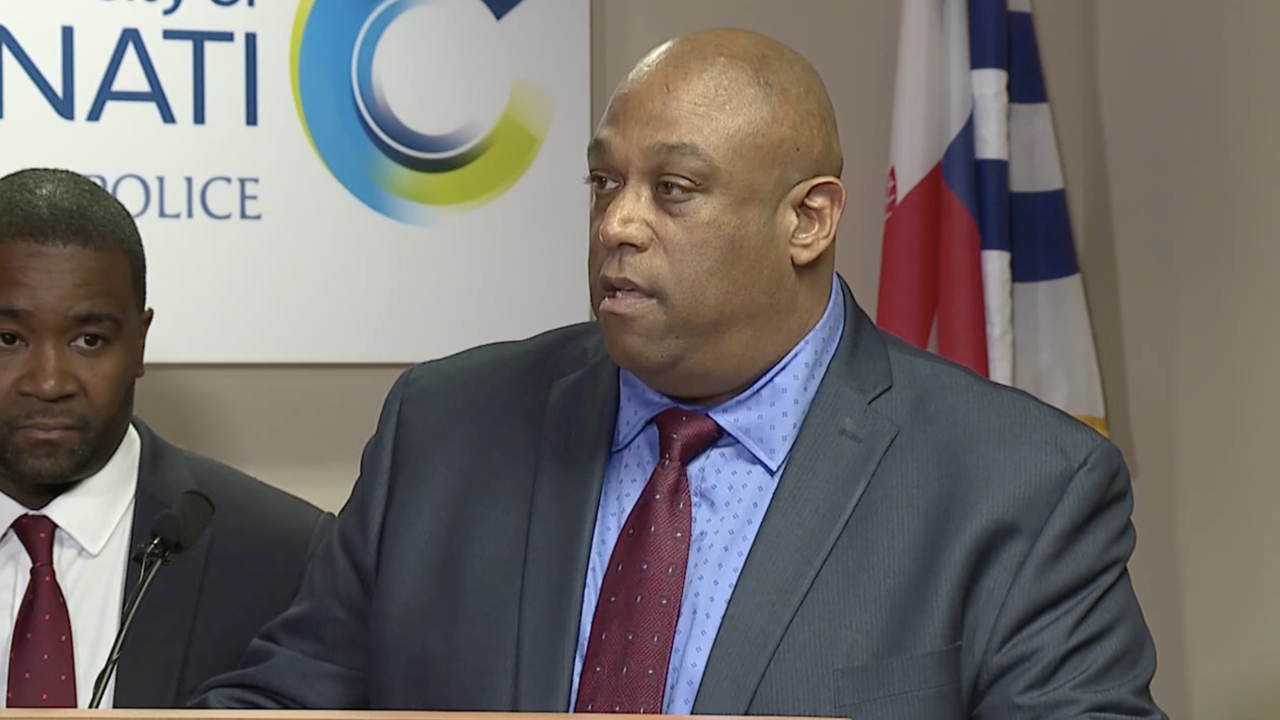 CINCINNATI -- Wanda Davis recalled the terrifying moments when a distraught family friend threatened her and her five grandchildren with an 8-inch butcher knife at their East Price Hill home Tuesday.

“I think they did really good,” Davis said. “Once they got here, they did really, really well. And they didn’t kill her. It could have went the other way.”

Wallet and Snape were dispatched at about 3:45 p.m. to 327 Crestline Ave. after 26-year-old Singley called 911 and said she had a knife and was feeling suicidal after having a dispute with a friend, Chief Eliot Isaac said at a news briefing Wednesday. Davis called 911 about seven minutes later and said Singley was on the porch with a knife trying to get into her home.

Wallet's body camera shows Singley pacing on the porch. The officers repeatedly told Singley to put the weapon down.

“This is a situation where we’re told there are children inside the apartment," Isaac said. "We see an individual armed with a deadly weapon. Our officers will protect themselves and they will protect others.”

Snape positioned himself between a car and the front porch and showed Singley he had a Taser after she refused to drop the knife, Isaac said.

Singley put the knife to her throat. Both officers said, “Don’t do it,” and told her to drop the knife.

Davis, not knowing Singley was still on the porch, opened the door. Singley rushed the front door and tried to get into the home while still holding the knife, and Snape tried to stun her with a Taser. The Taser did not work, Isaac said, because one of its barbs struck a wall.

Wallet then shot Singley one time in the leg as she was in the doorway. Officers applied a tourniquet and administered aid until first responders arrived.

“They were really trying to deescalate the situation, up until the point the door came open," Isaac said. "At that point they were forced to respond in regards to the safety of the individuals inside.”

Davis said watching the video was difficult because she thinks of Singley as one of her kids.

“I cried through that whole thing because I’m like, ‘Poor baby.’ That’s how I think of her, like one of my kids,” Davis said.

Davis said Singley is a close friend of the family and struggles with her mental health.

Davis said she was terrified and had to go to the hospital herself after the incident.

“I heard the shot and I saw her face. That enough in itself was terrifying and it was a horrific scene,” Davis said.

First responders transported Singley to the University of Cincinnati Medical Center. She is in psychiatric hold according to police.

Singley will face one charge of felonious assault.

“I reviewed both officers’ body camera video and talked with Chief Isaac.

"This is eerily similar to the July 4th officer involved shooting in Bramble Park and once again Cincinnati Police officers acted appropriately and followed their training. They confronted a woman with a knife threating (sic) harm to herself and others and, when their taser failed to take effect and the situation escalated, they had no choice but to shoot her. When Singley forced her way into the Crestline home, the officers acted heroically and, in all probability, saved an innocent woman’s life by taking the actions that they took.

"Once again I commend the Cincinnati Police Department and their officers for how well they handled a dangerous situation.”

Tuesday's officer-involved shooting was the second in Cincinnati in less than two weeks.

Officers responded on July 4 to Bramble Park in Mariemont for reports of a man who had a knife and was "acting crazy."

According to Isaac, 23-year-old Devin Johnson, called 911 on himself, and when officers arrived on scene, Johnson approached the two responding officers with a knife. The officers commanded Johnson to stop, and when he did not, one of the officers shot Johnson three times.

The officers involved in that shooting, Al Brown and Kevin Brown, were not charged.