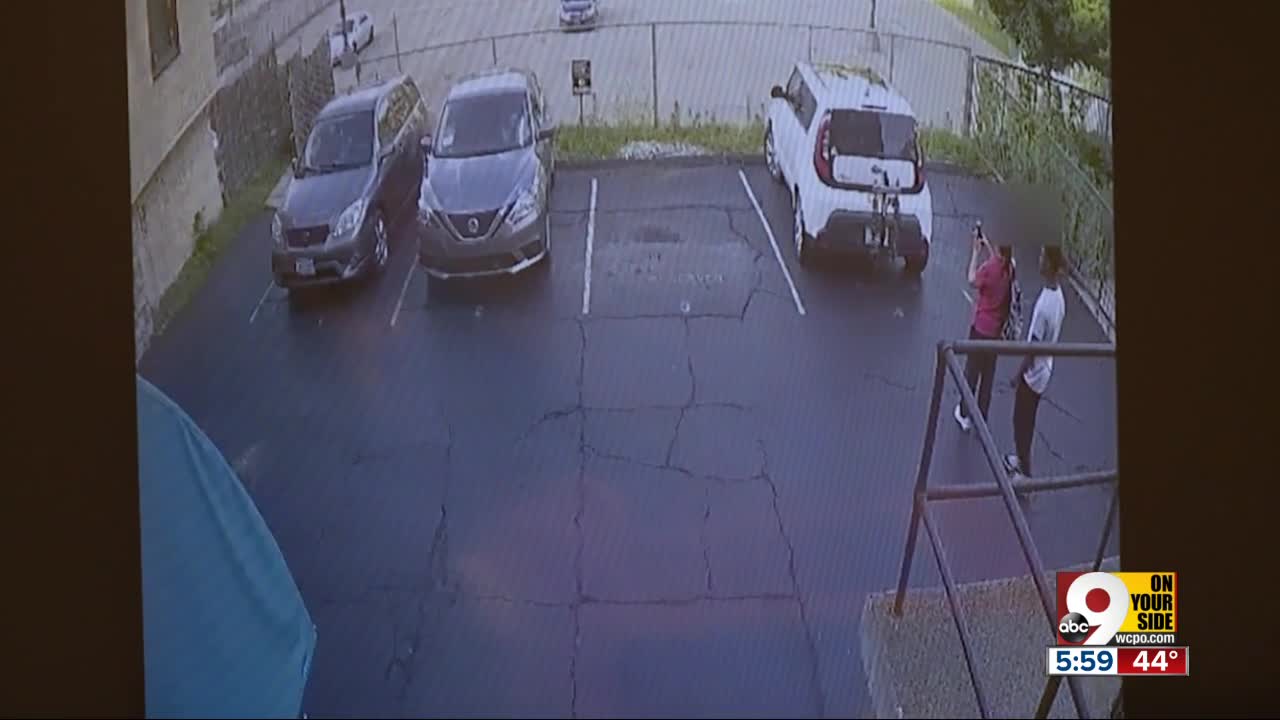 A rape case caught on camera could be taking our city one step closer toward protecting you and your family.

CINCINNATI — A rape case caught on camera could be taking our city one step closer toward protecting you and your family.

A judge sentenced a convicted, repeat rapist to up to two decades in prison.

Giving judges the ability to do that is new, thanks to a two-year-old Ohio law.

It’s also rare to have video to study.

Prosecutors say the video in WCPO’s TV report above shows 18-year-old Keesean Savage attacking a woman behind apartments in Clifton.

Savage scanned a tiny parking lot on Ludlow Avenue just before 7:30 a.m. last June, Deters said. Then went up to a random woman at a nearby bus stop, told her someone hit his car, and asked if she could take a picture of it with her phone.

Then he pulled her into an alleyway of garbage cans and raped her, Deters said.

Savage’s prison sentence – 16 to 20 years - stands out to women advocates.

"Typically what we do not see in this region are a high numbers of years that folks are going to prison, or spending a day in jail even.

Savage’s sentence was made possible by the Reagan Tokes Act, named after an Ohio State student who was raped and murdered in 2017.

That law lets judges sentence violent felons to a range of years rather than a set term that could be short.

It aims to keep people who show little signs of rehabilitation locked up.

Savage was a repeat offender-- prosecutors say he admitted to raping a developmentally disabled man when he was a juvenile.

What can we learn by getting rare video showing how a person attacks?

Here’s what we always hear women should do.

“We're told from a very young age what to do: Be aware of our surroundings. Walk with others,” Smith Shrimplin said. “We're supposed to be on the phone telling people where we're at. We're supposed to have keys in our hands, sprays of mace, in lit areas.

"We're supposed to do all these things since we were little girls and yet sexual assaults violence still happens.”

Instead of what women should do, Smith Shrimplin said we should teach men what not to do.

Tokes’ rapist was released from prison just three months before killing her.

Savage was released on parole in May, less than two months before this attack.

Savage will be locked up until he's at least 34.

If he gets out on parole, he will have to register as a sex offender for life and let officers know where he is any time he moves.

The victim will have a say about public safety each time he's up for parole. And the board will decide if it's worth letting him free before his 20-year sentence is up.