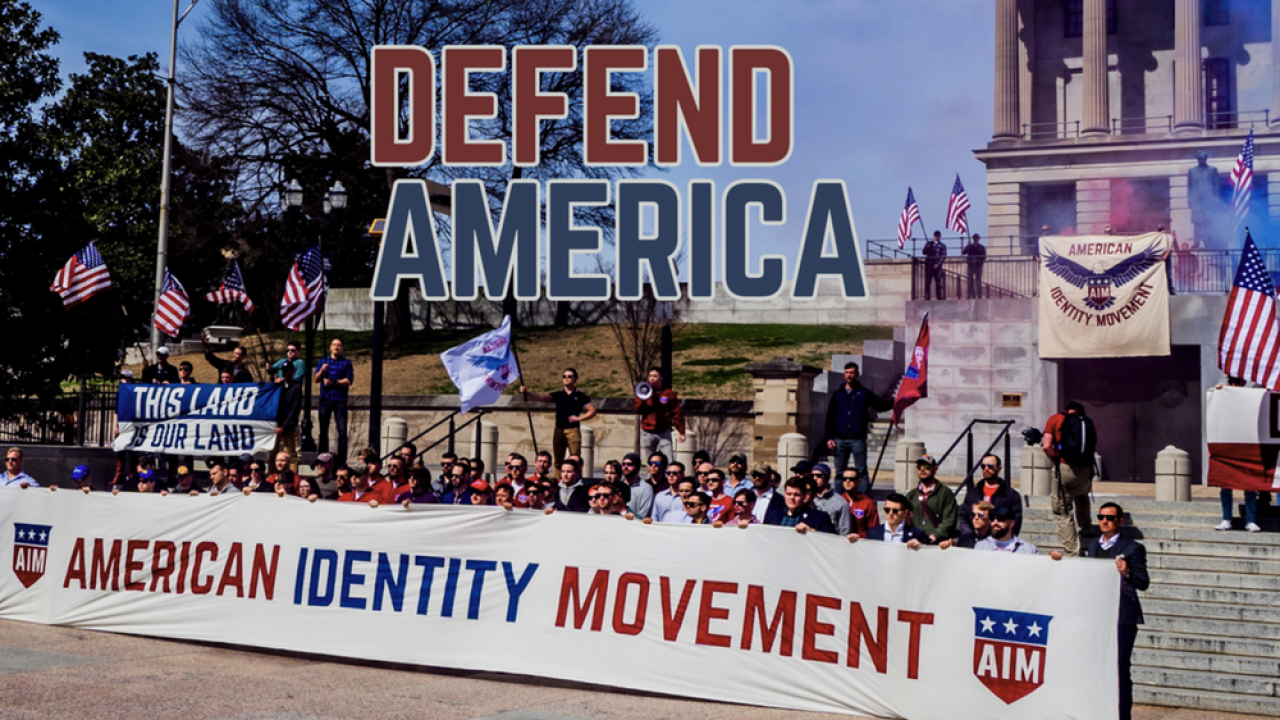 A screengrab of the American Identity Movement&#39;s website, which — like the stickers that appeared in Clifton this week — takes pains to conceal its origins as a white nationalist hate group linked to the deadly Charlottesville rally. 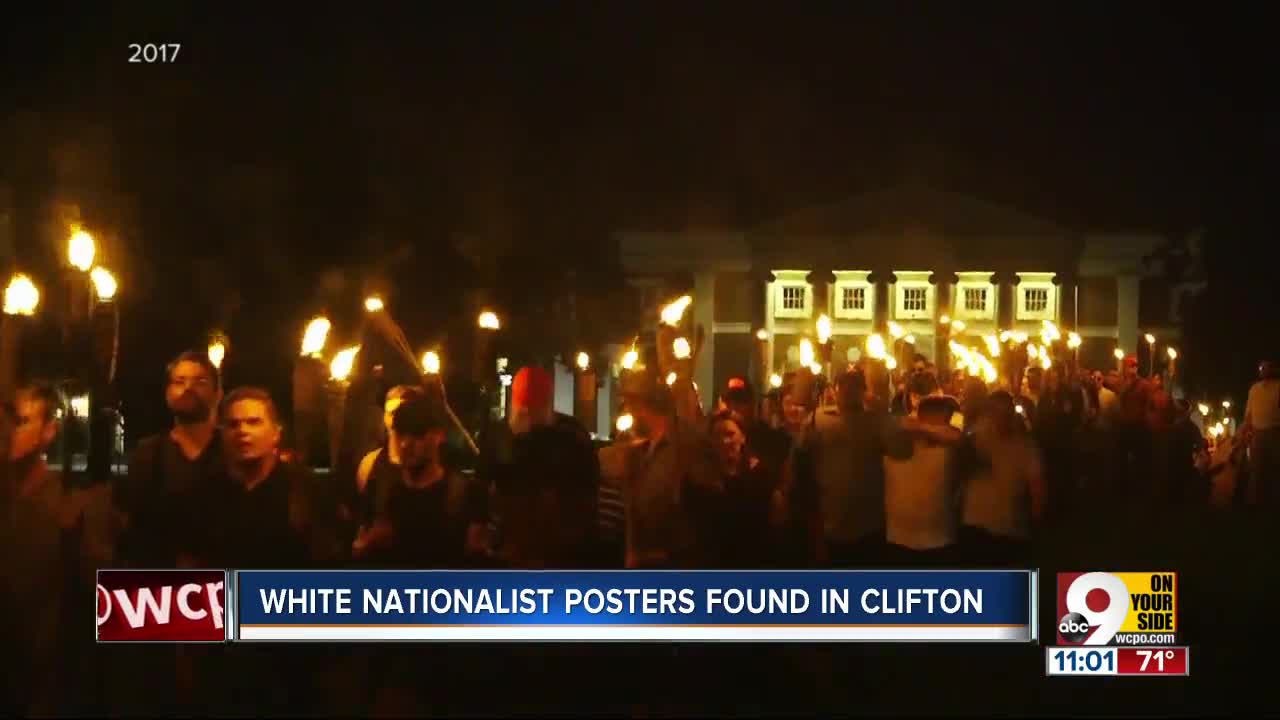 The American Identity Movement counts on most passersby not looking beyond the stars, stripes and retro-patriotic slogans in the stickers advertising its presence in Clifton. If they did, they’d discover the group’s real purpose: To spread neo-Nazi-tinged white nationalism “in defense of the American nation,” which its members believe should not include non-white or Jewish people.

The Northside woman who spotted the stickers ripped them down Wednesday night, she told WCPO.

“I was heading to the CVS to get some medicine, and I noticed as I was going on the street toward the grocery that there were two stickers on (a pair of newspaper stands), two stickers that said American Identity Movement,” she said. “It was a little surprising to see it there. I’d only lived here about six months or so, but it’s kind of shocking. I usually feel safe walking around this area, but knowing that there was someone around that area that was putting up those stickers really made me feel uncomfortable.”

She had become familiar with the group via YouTube channels such as Contrapoints and Philosophy Tube, both of which produce long-form videos analyzing and debunking the beliefs of far-right political movements.

Then, it was called Identity Evropa — a name that became too poisonous even for other alt-right groups after its presence at the deadly 2017 rally in Charlottesville, Virginia. Public scrutiny drove it to change its name and its tactics but not its ideology or leadership, according to the anti-extremist Southern Poverty Law Center.

“They’ve gotten a little bit more subtle in the way they send their messages,” he said.

Hence the stickers and posters decorated with patriotic symbols and blonde-haired, blue-eyed women imploring viewers to “Embrace your identity.” It’s a similar tactic to the one Patriot Front, another white nationalist group, recently attempted in Fort Thomas.

A passerby tore down Patriot Front’s stickers, too.

“Some people see this as a free speech issue, but the reality is, if your speech is going to make it feel like people can’t walk around in their neighborhood safely, if your speech is going to make people feel like they don’t belong there, that’s not exactly a welcoming environment to build a community,” the Northside woman said, adding: “I think it’s really important to be taking those things down.”

According to Carlton-Ford, these groups do strive to create a community — one that has a great deal in common with mid-century communes and cults. He said far-right nationalist groups, with their appeals to an imagined white identity and grievances against concepts such as diversity and globalism, seek out young people with few existing social connections.

"These fliers say 'Are you lonely? Do you need friends? Are you a little upset and angry? You want some companionship? Oh, well, we're here,’” he said.

In his own research, Carlton-Ford added, he’s seen hate groups tend to gain traction in areas with high rates of income equality, particularly “where you have this kind of division where you have maybe a handful of really rich people and then lots and lots of relatively poor people,” he said.

The woman who tore down AIM's stickers is adamant Cincinnati won’t be a place where they thrive.

“Good luck,” she said to its members. “You’re not going to last long around here.”