Cincinnati officer gets new violin for couple busking in Clifton 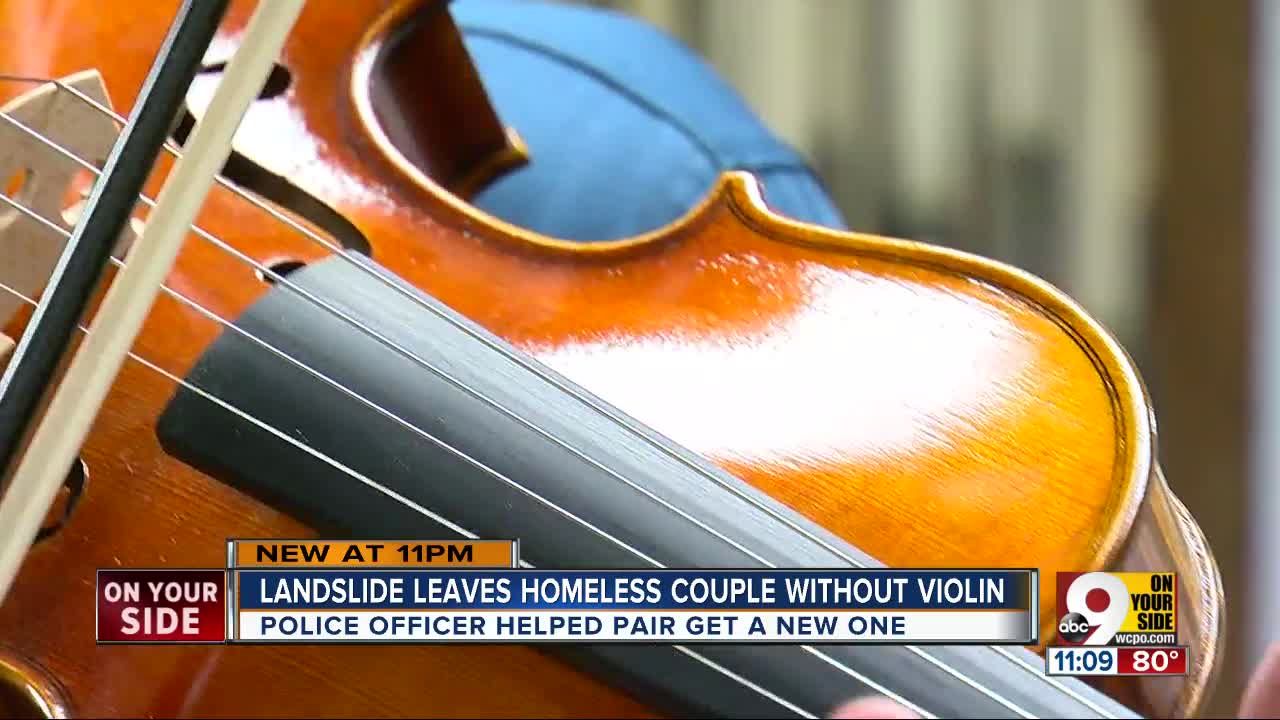 Officer Kip Dunagan found the opportunity to give a man and woman experiencing homelessness a life-changing gift. 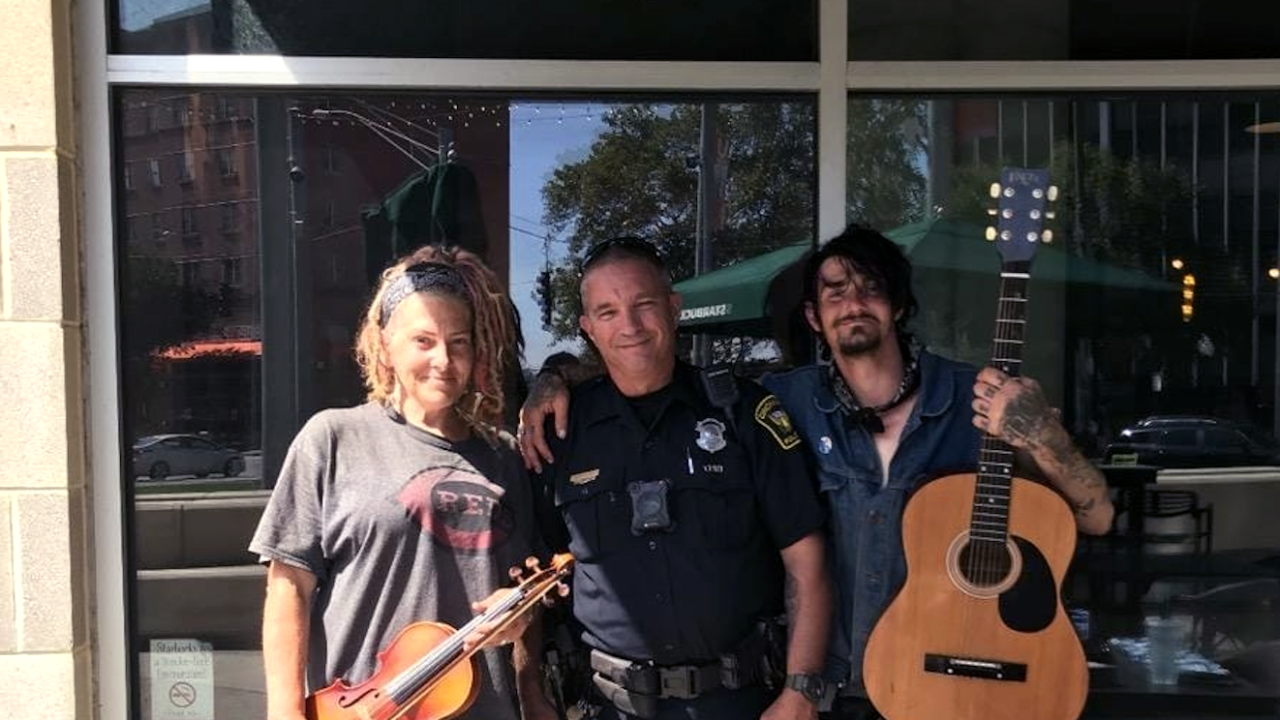 CINCINNATI — Officer Kip Dunagan had been sent Monday morning to tell the man and woman panhandling outside the Calhoun Street Panera to leave, he said Friday. So he did. As they left, he noticed the man carrying a guitar — an instrument Dunagan plays, too.

He saw the couple again later in the day and decided to strike up a conversation. That, he said, is when he found the opportunity to give them a life-changing gift.

“I was intrigued, so I got out and asked them what was going on, and I played guitar with them a little bit, and he sang some songs,” he said. “And I found out she played a fiddle, is what she called it, but it had gotten destroyed in one of the landslides.”

They had come from Tennessee, they told Dunagan, and had been sleeping outside when a recent landslide ruined many of their possessions, the violin foremost among them.

He decided he needed to help.

Later that day, he went to the Baroque Violin Shop and told luthier Jeremy Bartel about the couple.

“He said, ‘I don’t know how much they cost or what I need to do here,’ but he said, ‘I need to get her a violin,’” Bartel recalled.

Bartel decided he wouldn’t make Dunagan or the couple pay a penny.

“He told me the story, and it was very emotional, and I said, ‘You know what? We donate some instruments, at times, to kids in need,’” he said. “I dug out an old one and the case and all the stuff that comes with it so she could just play.”

Dunagan found the couple again outside a Clifton Starbucks and delivered the gift. It’s not a privilege he often has, he said — making someone’s day.

“They’re good people who are down on their luck,” he said. “They’re musicians, and I just felt, like, a connection to them, so I wanted to help them if I could.”