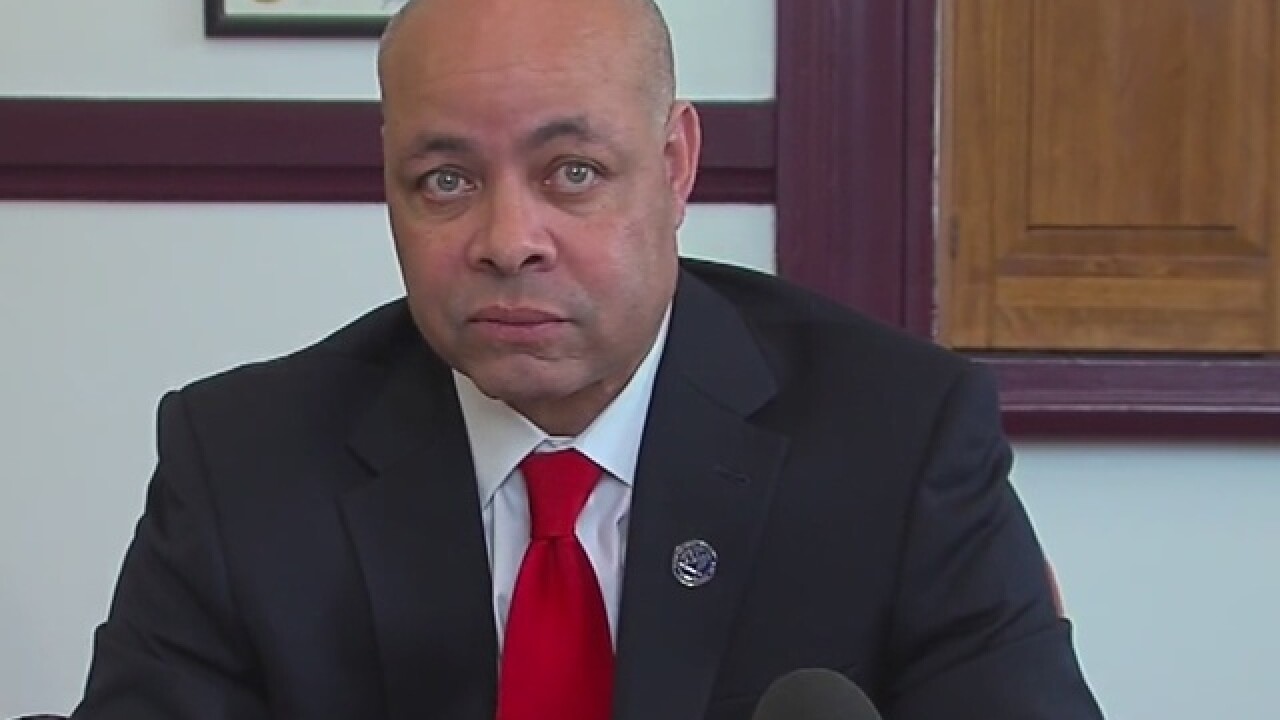 CINCINNATI – The City of Cincinnati will pay former City Manager Harry Black, who resigned last spring after a public feud with Mayor John Cranley, an additional $370,000 in an agreement that ends his threats to sue the City.

The new deal makes Black's total buyout worth $544,000 in cash - plus benefits - since City Council previously approved a $174,000 cash payment to Black, plus $6,000 for attorney fees and health insurance for eight months.

READ the City's new agreement with Black here or below.

The total cash payment alone is $121,000 more than Black would have received all together if the full City Council hadn’t rejected a $423,000 severance package initially approved by its Law and Public Safety Committee and signed by Black.

Acting City Manager Patrick Duhaney and City Solicitor Paula Boggs Muething signed the new deal with Black two days ago. Black resigned April 21 rather than face a City Council vote that would have fired him.

Duhaney told City Council in a Friday afternoon email that legal fees alone would have been greater than the new settlement if Black had taken the City to court.

"Therefore we found it prudent to settle," Duhaney said.

In return for the lump-sum $370,000 payment, Black cannot sue the City and agrees to help the City defend itself in any lawsuits where Black is named. Black and the City are responsible for their own attorney fees.

City Council does not have to approve the new settlement, according to City spokesperson Casey Weldon.

Councilmember Chris Seelbach, who supported Black but voted to kill the original $423,000 settlement deal, said in a tweet Saturday that he also opposed giving Black any more money.

City Administration asked if I would support a settlement with former Manager Harry Black. I said 100% no--he didn't deserve a penny more than what was owed. Very possible that's what a majority of Council said. Admnistration still settled with almost $400,000 of tax-payer money.

Black turned in his formal resignation just minutes before an April 21 meeting at which five of the nine City Council members had pledged to oust him. Instead, a quorum of City Council accepted his resignation 5-0.

In his notice to Cranley and City Council, Black said he wasn't "surrendering any of my legal rights" by resigning.

"I have made this decision based on the reality that the work environment has become very hostile, and as such untenable," Black wrote at the time. "Therefore, it is in my best interest to extricate myself, in that this hostility is unlikely to cease."

Two days before, Black had written a scathing memo about Cranley. Black accused Cranley of mixing his campaign fundraising with the city's economic development deals.

Before that, Cranley claimed Black had been abusive and retaliatory toward city employees and said Black talked openly about visiting a topless bar in mixed company on a city-sponsored trip.

Cranley, who hand-picked Black in 2014, asked Black to resign following a particularly tumultuous week at City Hall in which Assistant Police Chief Dave Bailey handed in his forced resignation, and Black alleged that a "rogue element" was trying to undermine Police Chief Eliot Isaac.

Black had support from a majority of Council until two days before his resignation. On April 19, Councilman Greg Landsman announced he had changed his mind and would vote with four others -- Christopher Smitherman, David Mann, Amy Murray and Jeff Pastor -- for Black's termination if Black didn't resign.

Cranley and Black had agreed to an original severance package worth $423,000, but the same majority of five City Council members who supported Black opposed the deal. Landsman, Seelbach, P.G. Sittenfeld, Tamaya Dennard, and Wendell Young said it was irresponsible to taxpayers. The five texted each other about their joint statement, and that conversation led to a lawsuit that claimed they violated Ohio's open meetings law.

Council appointed Duhaney, assistant city manager under Black, to fill the city's top job until a permanent manager is hired.