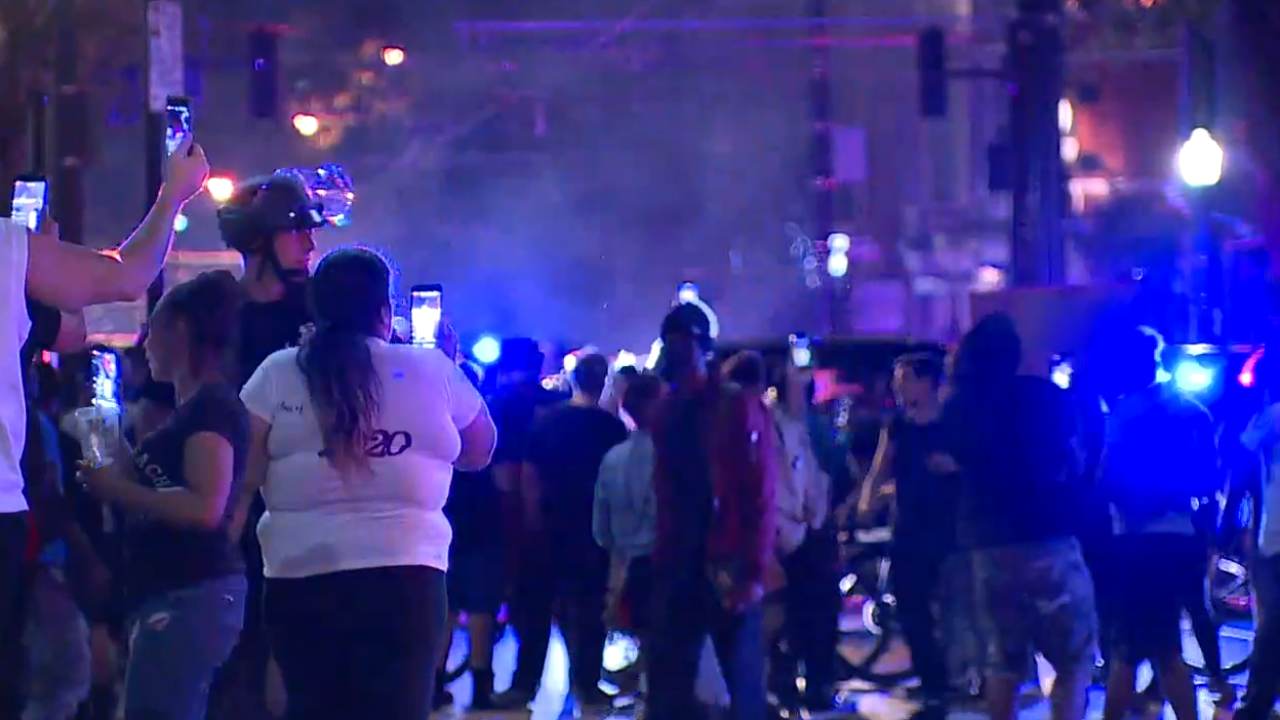 People gathered on Central Parkway during the protests on May 30, 2020.

Despite the 7-2 vote, City Solicitor Paula Boggs-Muething will get the final decision.

Hundreds of people were arrested in Cincinnat while protesting the Minneapolis death of George Floyd and similar incidents of police brutality across the country. Most of them were arrested overnight on May 30 and May 31 — the first two nights of a city-imposed 8 p.m. curfew. A review of available court records showed 90% of all arrested protesters had been charged with curfew violations.

RELATED: Some protesters arrested in Cincinnati say they were denied food, water for 10 hours

Council’s motion, which does not have the force of law behind it, encourages the city solicitor to relax penalties for protesters whose sole offense was a curfew violation. The document suggests the city:

Only Democrat David Mann and Republican Betsy Sundermann voted against the motion.

The Cincinnati Police Department, Hamilton County Sheriff’s Office and a review of county records have each produced different totals for the number of protesters arrested between May 30 and June 8. The highest is 513, the number given by Chief Eliot Isaac. The lowest, 350, reflected the number of cases that had been filed against protesters in Hamilton County courts by Wednesday.

CONFUSED? More on the competing numbers and what they mean