Some protesters arrested in Cincinnati say they were denied food, water for 10 hours 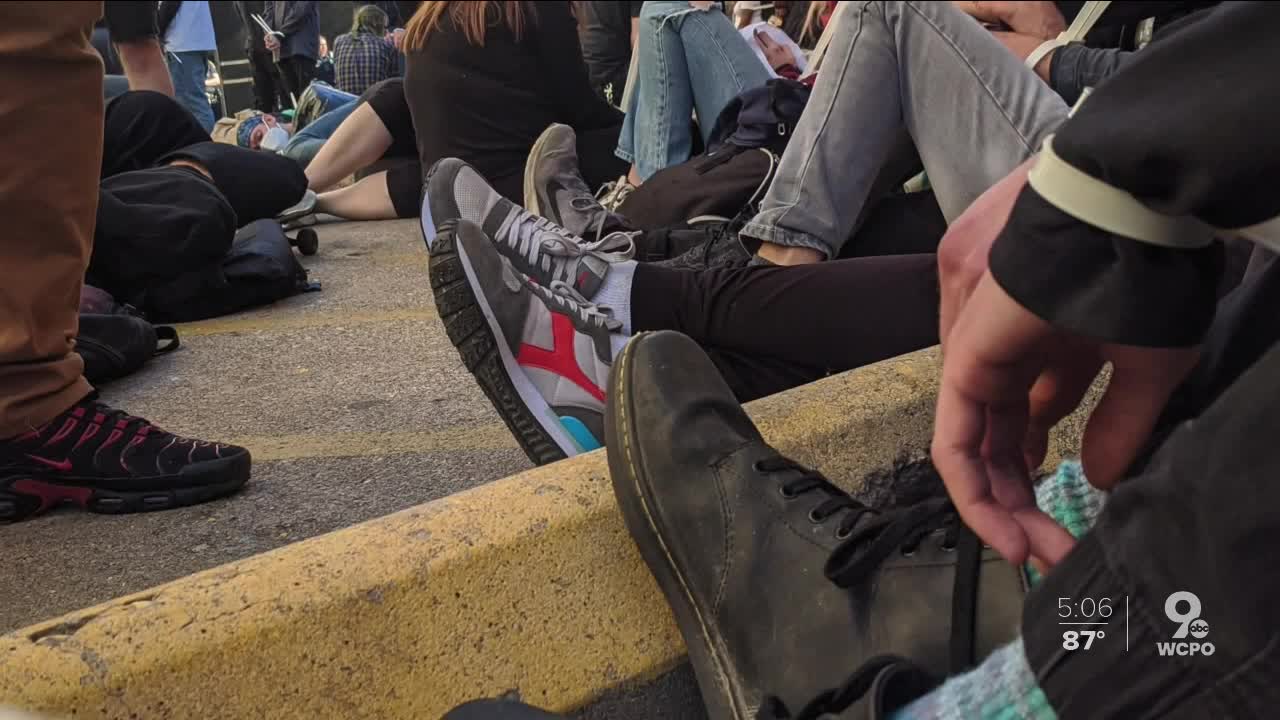 Some protesters who were arrested Sunday night say they were denied food and water for 10 hours while they were detained at the Hamilton County Justice Center.

CINCINNATI — Some protesters who were arrested Sunday night say they were denied food and water for 10 hours while they were detained at the Hamilton County Justice Center.

Andrew Watts, of Cincinnati, said he was arrested about 30 minutes after curfew was enacted Sunday night. Watts said his hands were bonded with zip ties for about 12 hours.

“When we knew we were going to be arrested, we immediately laid on the ground, hands over our heads, yet we were violently arrested,” Watts said. “I had a boot on my head.”

Dozens of protesters were held outdoors for hours at the Hamilton County Justice Center’s sally port — a double-gated area with four walls and no roof that is supervised by deputies.

Drew Dielman, of Cincinnati, said he was held outside overnight in the sally port.

“(We were) denied blankets overnight while we had to sleep on what is effectively a parking lot,” Dielman said.


Parker Cellura was among the protesters who were arrested. He said protesters were denied food and water for more than 10 hours.

Sheriff’s deputies on Monday denied social media reports that protesters had been held overnight at the justice center without food, shelter or bathroom breaks.

The justice center has a maximum processing capacity of 50 people, according to Hamilton County Sheriff's Office spokesman David Daugherty, and protecting deputies, detainees and inmates from the risk of COVID-19 extended the night even more.

Daugherty said it was “challenging for the people arrested” but that he “can assure the community people were taken care of.”

“All these people had to be screened, their temperature had to be taken, we have to ask them questions if they’ve been exposed,” Daugherty said.

But the group who spoke to WCPO said that’s not what it seemed like on their end. Some of the protesters said they’ll seek legal action going forward.

Claire Chase said she told authorities she had a heart condition that required her vitals to be checked.

Some protesters said it wasn’t until 8 a.m. Monday when they had access to water, and breakfast was served after they were released.

Daugherty said the sheriff’s office “learned a lot through the process and will be improving things.”

“By having a more coordinated effort by Cincinnati PD, meaning we don’t want them to wait to transport 300 people at the same time,” Daugherty said.

Watts said authorities should have handled the situation differently from the beginning.

“Breaking curfew by 30 minutes, acting nonviolently, is absolutely no excuse for how we were treated that night,” Watts said.