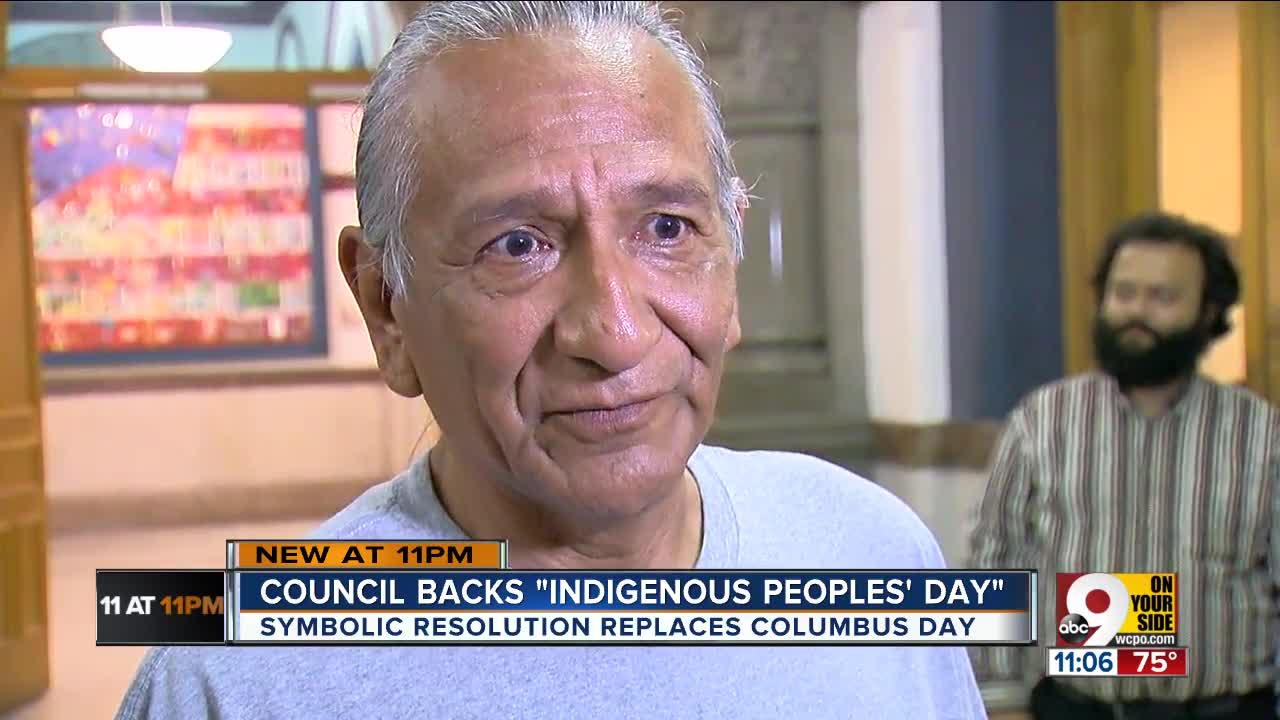 In a symbolic show of support for Native Americans, City Council voted 6-2 to instead recognize Oct. 8, 2018, as Indigenous Peoples' Day, an alternative celebration honoring the civilizations that called the Americas their home before European explorers called them America. 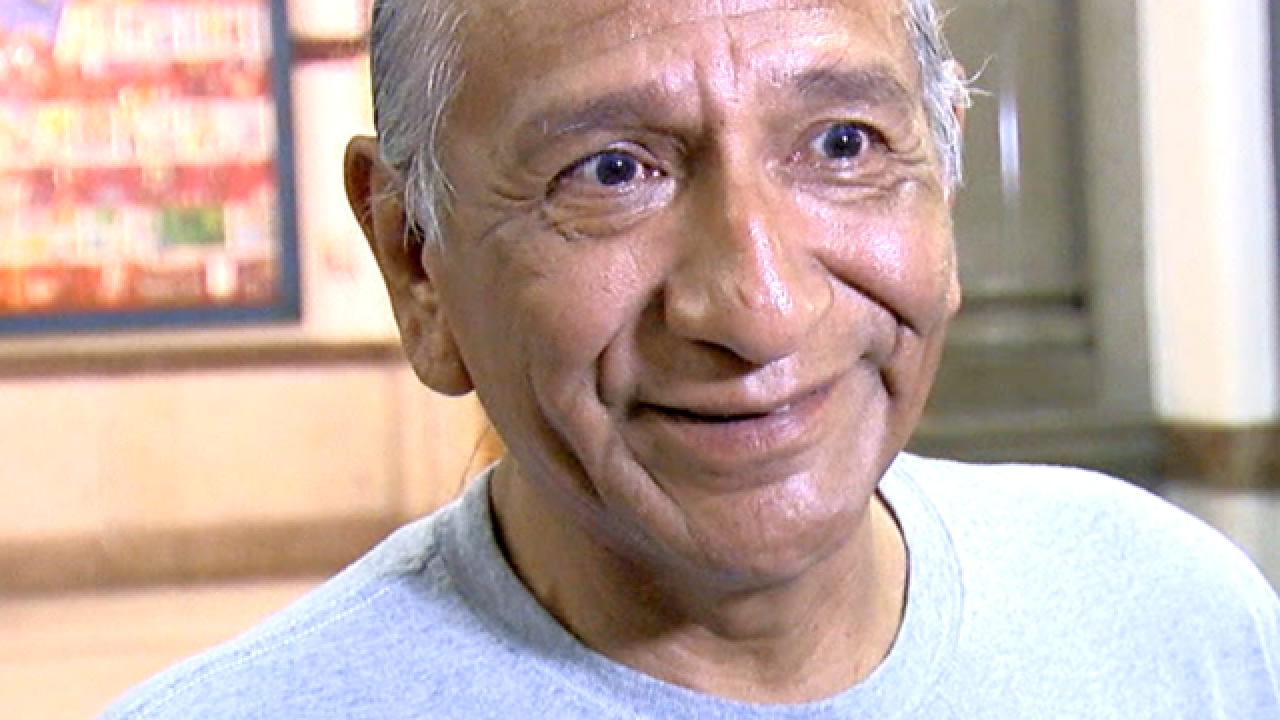 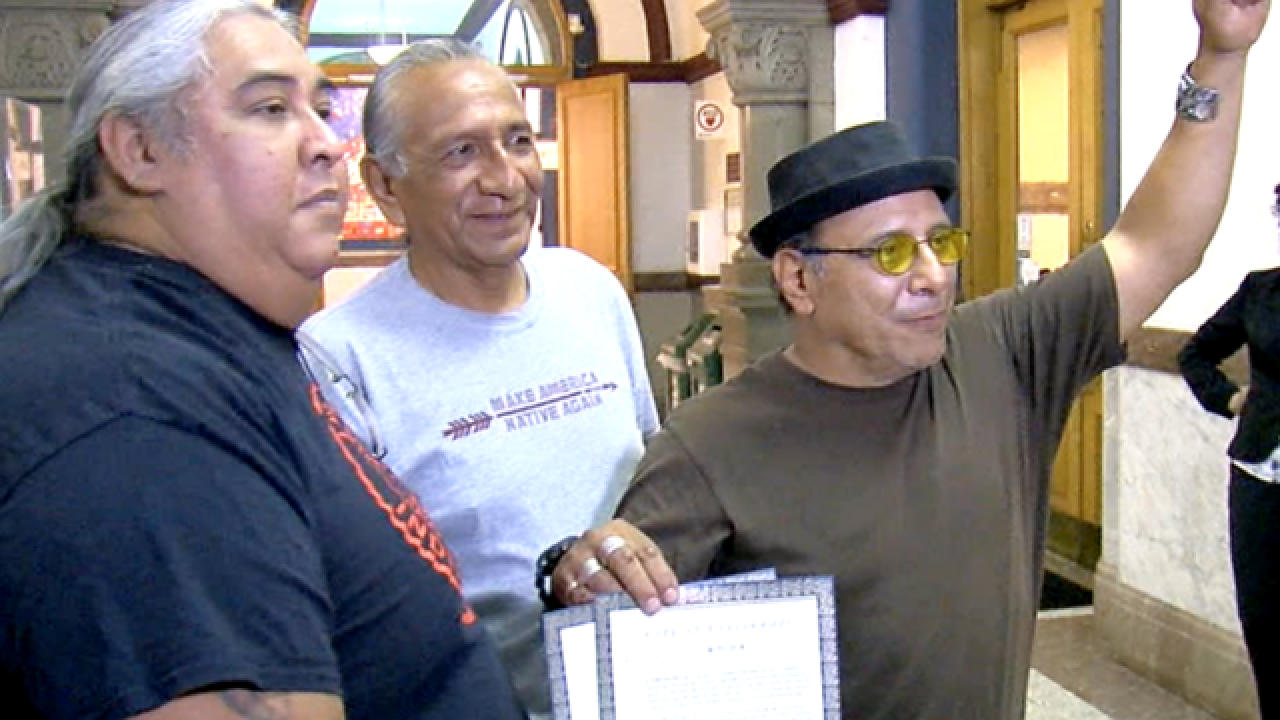 At least, for this year.

In a symbolic show of support for Native Americans, City Council voted 6-2 to instead recognize Oct. 8, 2018, as Indigenous Peoples' Day, an alternative celebration honoring the civilizations that called the Americas their home before European explorers called them America.

"I think history tells us that Christopher Columbus was not a good representation of the kind of people we'd want to value and appreciate," councilman Chris Seelbach said.

"I thought it was actually going to pass (then), and when it didn't, it was heartbreaking," said Guy Jones, a member of the Lakota tribe. "When it was announced that it passed, I was like, 'Finally. Finally.'"

Jones added he hoped the real impact of the vote would be a change in culture and a push for more detailed education surrounding native issues, which could precipitate even greater change in the future.

One of the changes for which Native American activists in Greater Cincinnati are still hopeful: A new mascot for Anderson High School, which elected to continue calling its teams "Redskins" over the summer despite Native American groups' long-standing protest that the term is a racial slur.

Jheri Neri, a member of the Mescolare tribe and spokesman for the Greater Cincinnati Native American Coalition, said he believes persistence and appeals to leaders' consciences can create change there just as it created change in City Hall.

If Jeff Pastor is any indication, it works. Pastor said he entered Wednesday's meeting prepared to vote no on the resolution but was swayed by the case Neri and others presented.

"My thought was to oppose this resolution, but there is a gentleman sitting in the back," he said. "He moved me."

Columbus Day remains a federally recognized holiday across the country, but amid a historical re-evaluation of Columbus' role in the subjugation of native groups, a growing number of cities and states have elected to replace it with a holiday honoring Native Americans.

Berkeley, California, celebrated the first Indigenous Peoples' Day in 1992 at the behest of the American Indian Alliance. Cities including Seattle, Denver and Phoenix have since elected to follow suit, and five states -- Alaska, Hawaii, Oregon, South Dakota and Vermont -- have replaced Columbus Day with similar celebrations of native people.