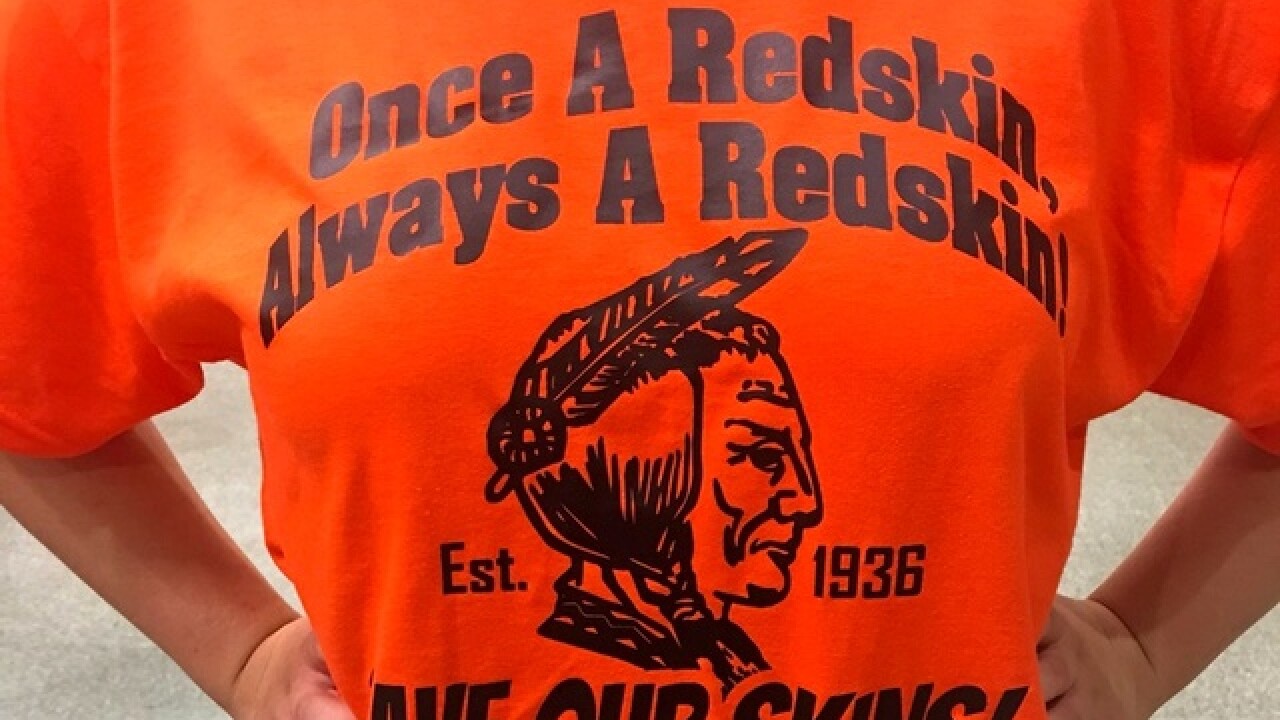 CINCINNATI -- After nearly four months of heated debate, a committee assembled to investigate the modern-day acceptability of Anderson High School’s "Redskin" mascot came to a conclusion: It couldn’t come to a conclusion.

In lieu of a unanimous yes or no vote, with members disagreeing even into the last minutes of the Tuesday night meeting, the Anderson High School branding and mascot committee announced it would not recommend any changes to the team name.

For now, despite long-standing protest from Native American groups about the racial term being used in athletics, Anderson athletes will remain Redskins.

"I want everyone to recognize that we have been put in an impossible situation," committee member Elizabeth Barber said to a divided crowd. "It is lose-lose. There is absolutely no way to make everyone in this room happy."

One of the considerations that swayed some committee members toward retaining the mascot was money. Replacing all of the school's Redskins-branded decor, athletic equipment and merchandise could cost hundreds of thousands of dollars.

Some felt that other considerations should outweigh financial ones. Committee member Jim Frooman's declaration that a mascot based on an ethnic group "is a bad look for Forest Hills" was greeted with boos from attendees in orange "Save Our Skins" T-shirts. Many of those supporting the mascot were Anderson High alumni who believed changing it would damage school spirit and sever a link between current and former students.

The committee’s findings, although they attracted months of engagement from opponents of the mascot as well as the "Save Our Skins" contingent, are not final. Only the Forest Hills Local School Board can decide what next steps will be taken.

"I don't see the issue going away," parent Michelle Walton, who opposes the mascot, said. "So, as far as long-term situation here, I feel like we just delayed the inevitable.”

Native American athletic mascots have been a subject of controversy since at least 1968, when the National Congress for American Indians began campaigning for their removal from professional sports. The NCAI argued as recently as 2013 that the use of "Redskin" mascots dehumanizes Native American people and presents a negative stereotype of tribal cultures.

In the same year, the leaders of the Cherokee, Choctaw, Chickasaw, Muscogee and Seminole nations co-authored a resolution asking the Washington Redskins to change their name rather than continue to use the "derogatory and racist" moniker.

Although the Washington team declined to change its name or branding, as it has repeatedly since 1968, many other high schools and colleges have replaced their Native American mascots with equivalents not based on real-life groups. The Miami University Redskins, from whom the Anderson team originally adopted its name, became RedHawks in 1996; the Stanford Indians became the Stanford Cardinal in 1981.

Other institutions, such as the Coloradoan Arapahoe High School and the Florida State Seminoles, have retained elements of criticized Native American iconography after reaching agreements about respectful representation with specific nations.

Logan Bode, an Anderson student who has consistently supported the mascot at community meetings, said he hoped his school would retain it even if other teams with Native American mascots chose to replace them.

"If we are the last ones with the Redskin name, I want to be proud of that," he said.