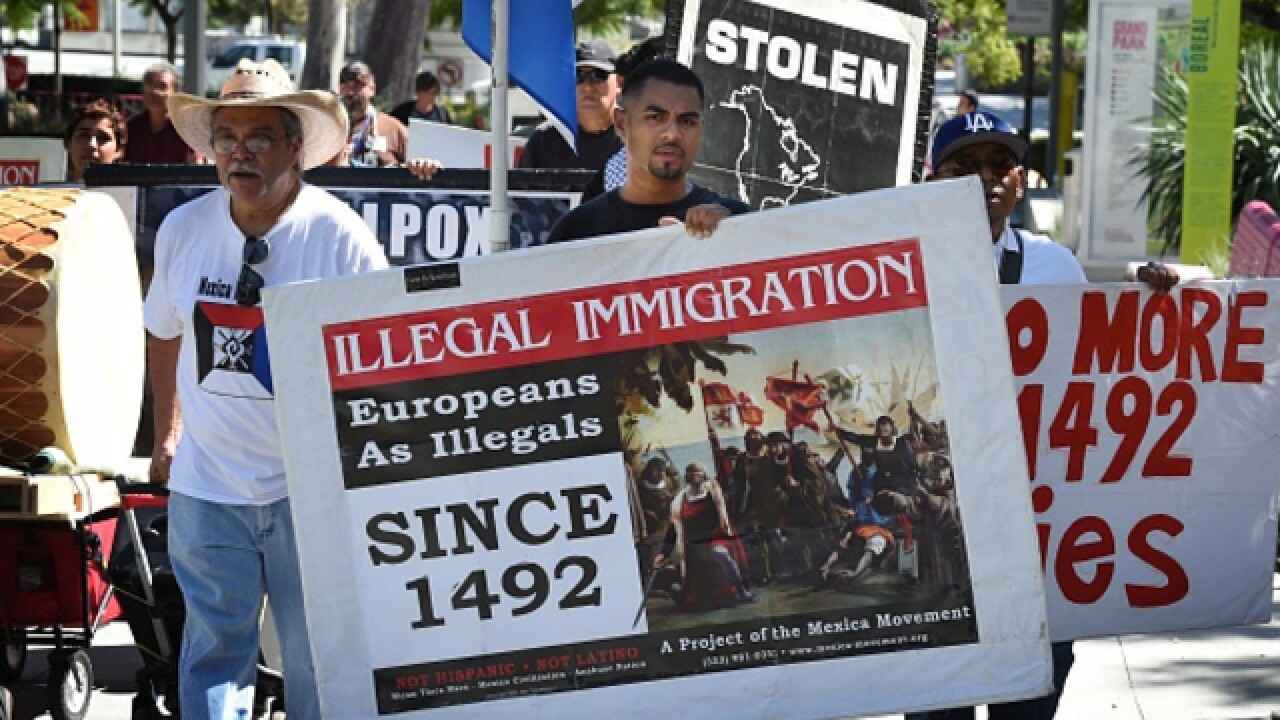 Mark Ralson | Getty Images
<p>Olin Tezcatlipoca (L) from the Mexica Movement marches with other demonstrators to a statue of Christopher Columbus during a protest against Columbus Day in Grand Park, Los Angeles, California on October 11, 2015. The Mexica Movement is amongst a growing group of people and U.S. cities that want change the name of the Columbus Day holiday to Indigenous Peoples' Day. </p>

CINCINNATI -- Since 1992, a growing number of cities and states have traded Columbus Day for Indigenous Peoples' Day, a holiday honoring the original inhabitants of the North American continent instead of early European colonists. Cincinnati will not be one of them.

The Cincinnati City Council Wednesday rejected a measure that would have replaced Columbus Day with Indigenous Peoples' Day -- not with 'no' votes, but with five abstentions.

"This perspective is not meant to be divisive," said Simpson, who introduced the measure, before the vote. "In fact, it’s meant to be inclusive, not to rewrite history but to tell the full story."

This most recent adopters of Indigenous Peoples' Day in the United States include the University of North Alabama and Spokane, Washington.

Charlie Winburn explained his own abstention as the result of not having had a chance to fully read through the proposal before the meeting; he suggested that, if a measure were to propose Indigenous Peoples’ Day as a separate celebration instead of a replacement for another holiday, it would pass easily.

After the measure failed, Simpson addressed the members of the city Human Relation Commission who had worked on the proposal for more than a year.

"I want to make sure you all understand that the work is not done, so I want to thank you for your year-long work," Simpson said. "I would encourage you to approach the individuals who have abstained … urge them. Work with them. And we’ll bring it back again."