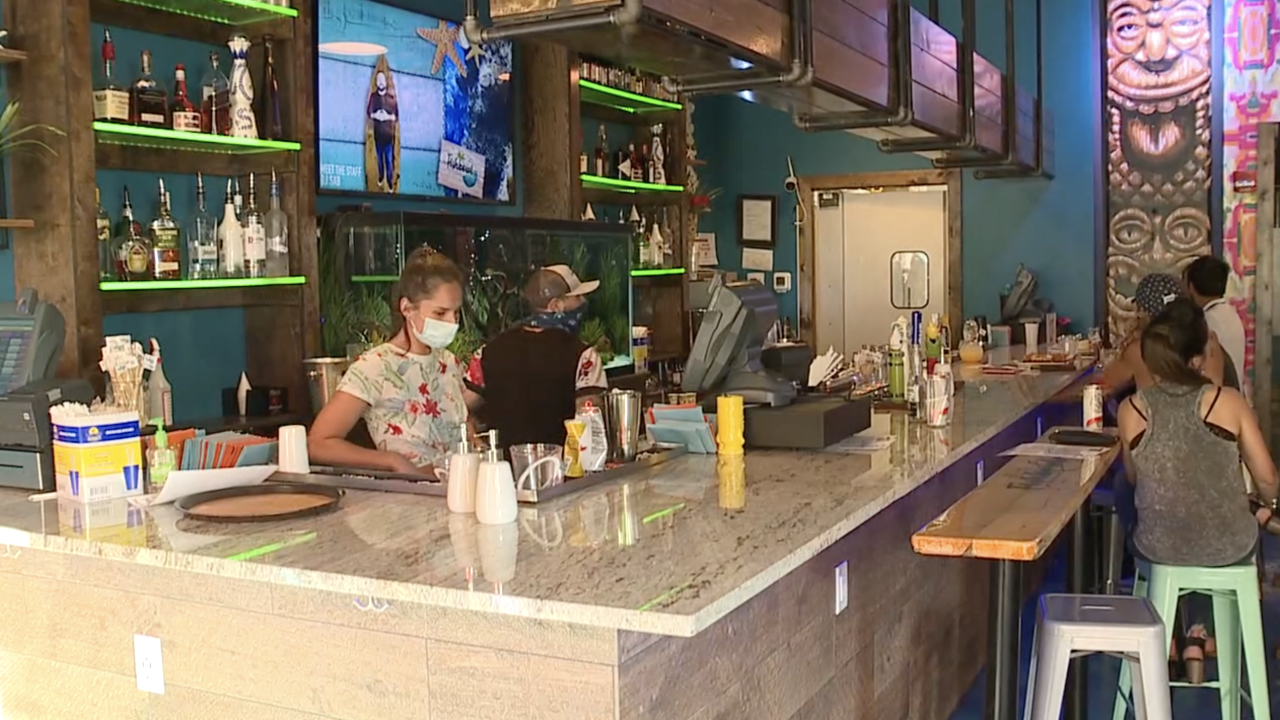 CINCINNATI — Mayor John Cranley announced a 10 p.m. curfew for the neighborhoods of Downtown, The Banks, Over-the-Rhine and the West End Saturday night, forcing businesses in those areas to close up early just a couple weeks after they were allowed to reopen during the COVID-19 pandemic.

Bars and restaurants in those neighborhoods that would normally remain open until 2 a.m. began closing down, with many starting at 9 p.m., to comply with the mayor's curfew.

"I think that the city is doing the right thing," said Jean-Francois Flechet with Taste of Belgium. "I think it’s important to get this under control. People have the right to be upset and protest. I just hope that they do it peacefully."

Many businesses in Over-the-Rhine and Downtown began boarding up windows early in the evening in the hopes of preventing the destruction that happened as protests got out of control Friday night.

Danny Scott, at Fishbowl, opted to close his business down at 9 p.m., too, but regretted that he couldn't stay open until the businesses' normal closing time of 2 a.m. on a Saturday. He said he understands people are processing a lot, between the pandemic and the recent death of George Floyd in Minneapolis, but he hopes for the best.

"I was around in 2001 when this happened. I was a lot younger then and I wasn't a business owner, so I have experienced it, but I'm experiencing it from a different perspective now," said Scott.