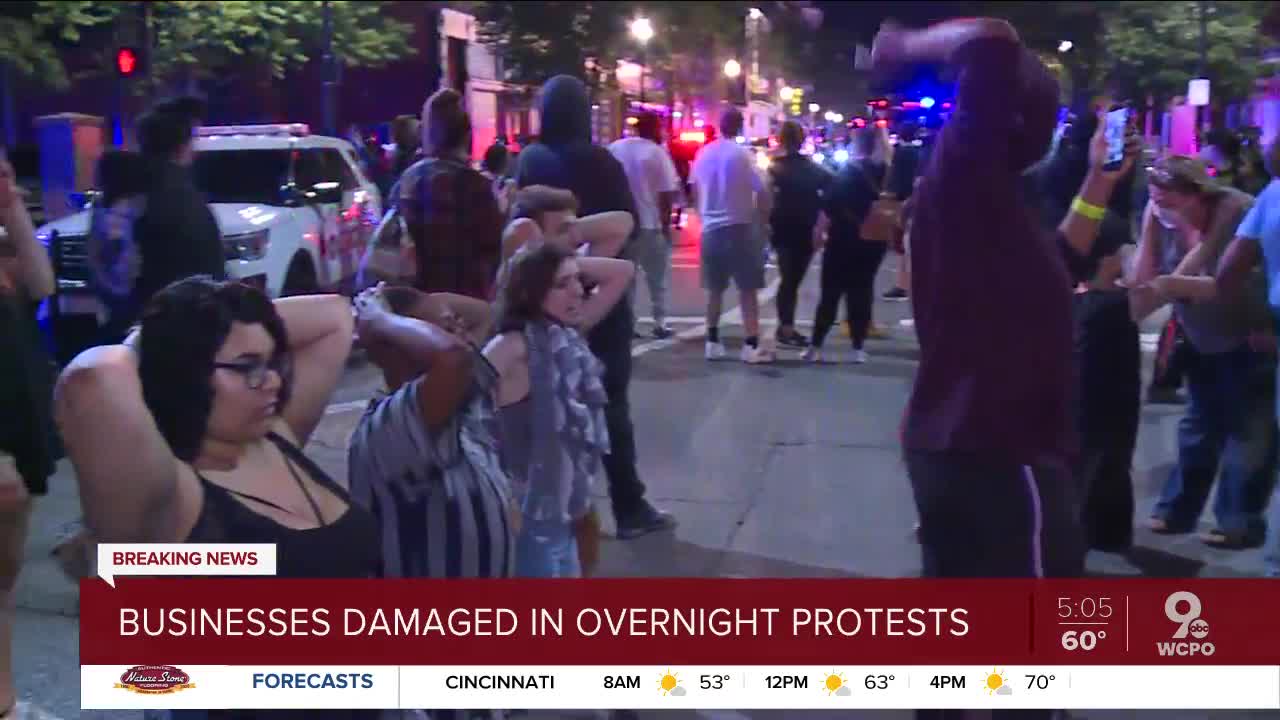 WCPO’s Courtney Francisco said some protesters threw large rocks at police cars during a Friday night demonstration in honor of George Floyd. Others slit the tires on a police cruiser. The main group of protesters who started around 6:00 p.m. condemned the actions of these individuals, saying they want their message against police brutality to be heard. 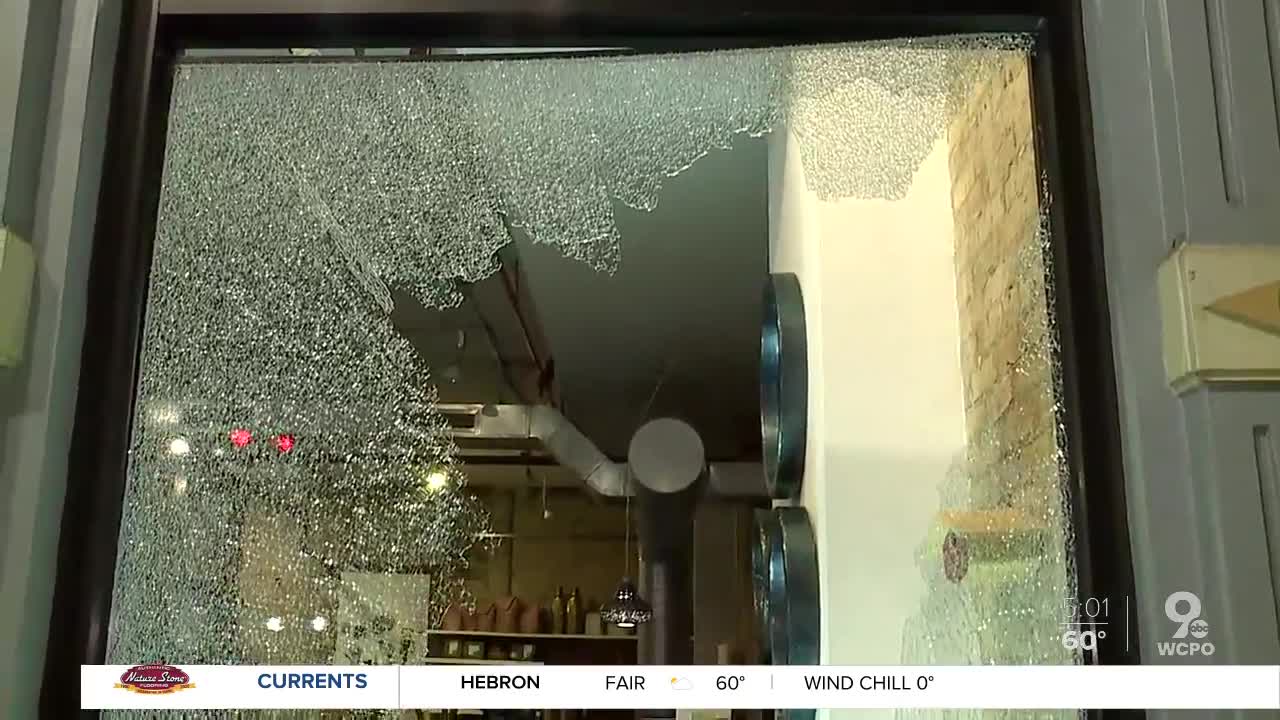 CINCINNATI — Protests in response to the death of George Floyd remained peaceful in Cincinnati until about 11:00 p.m. Friday, when police administered smoke canisters around protesters and some demonstrators began smashing out windows of businesses in Over-The-Rhine.

Eleven people had been arrested during violence and property destruction lasting until 5 a.m., Cincinnati Police Chief Eliot Isaac said at a Saturday press conference. Their charges ranged from burglary to resisting arrest, theft and more.

WCPO’s Jasmine Minor said some small boutique owners near the corner of 12th Street and Vine Street will have to spend Saturday morning dealing with the broken glass in their shops and on the sidewalks. The extent of that damage around the neighborhood is still unclear.

According to WCPO’s Courtney Francisco, some threw large rocks at police cars and slit the tires on a police cruiser. The main group of protesters who started the night before around 6:00 p.m. condemned the actions of these individuals, saying they want their message against police brutality to be heard.

Most of the damage was limited to the windows of shops and boutiques, and several stores were looted overnight.

Peacefully, some lined up in front of police on their knees while others chanted. Police eventually threw smoke canisters to clear out violent crowds while other demonstrators caused damage to area businesses for hours into the night.

Isaac said he stands with protesters outraged at the death of Floyd and others at the hands of police, but he is urging people to be respectful of property and others.

“Feel free to come out and express your right to a peaceful demonstration, but respect people’s property, respect each other's physical person. Make sure everyone is safe,” Isaac said. “We are still in a pandemic. This was a large crowd of people in very close proximity. It’s very concerning.”

Other organizers planned to hold peaceful protests Saturday in Washington Park and Lincoln Statue Park in Avondale. A protest in Northside’s Jacob Hoffner park has been canceled -- organizers said they want everyone to stay home and stay safe.

Mayor John Cranley has ordered a curfew for Downtown and Over-The-Rhine starting at 10 p.m. Saturday and ending 6 a.m. Sunday.