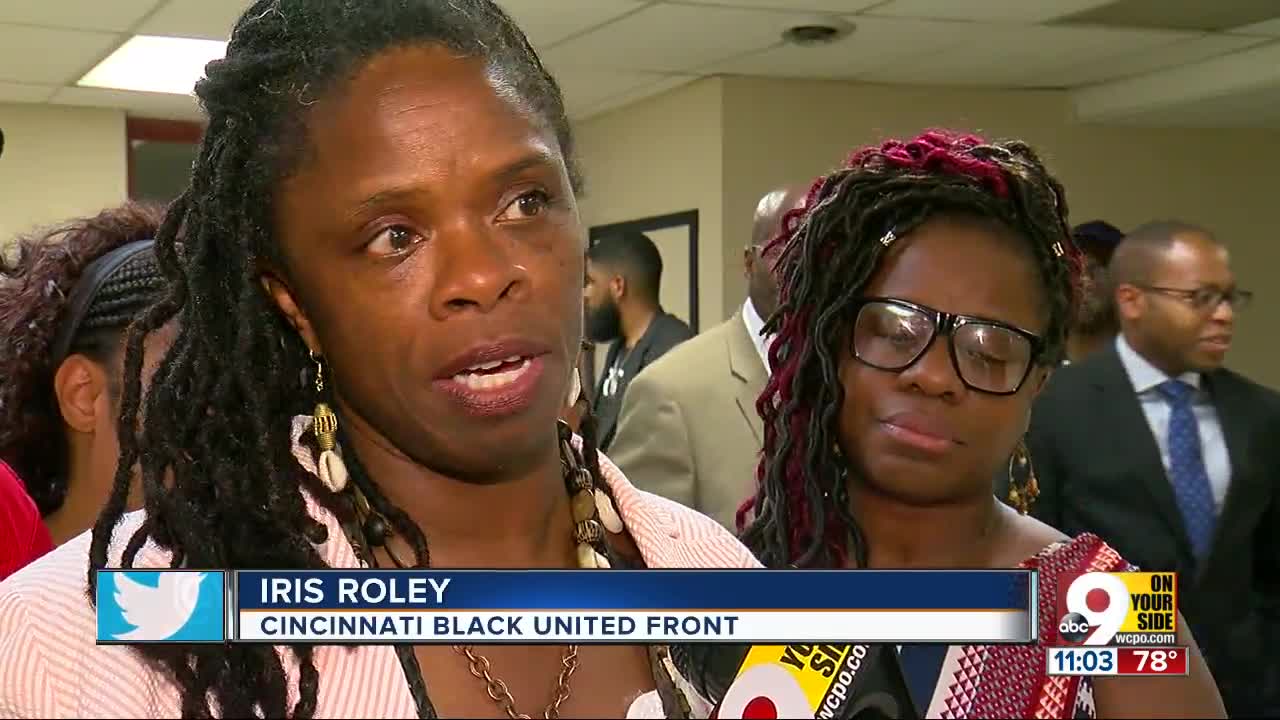 A week after Sgt. Dan Hils criticized black activist Iris Roley in a Facebook post, members of Cincinnati’s black police union called for him to resign from his position as president of the Fraternal Order of Police.

CINCINNATI — A week after Sgt. Dan Hils criticized black activist Iris Roley in a Facebook post, members of Cincinnati’s black police union called for him to resign from his position as president of the Fraternal Order of Police.

“He publicly fights his own personal vendettas against private citizens, other police officers, African-American community leaders and our police chief instead of that of his membership,” Arnold said at a news conference. “President Dan Hils has exhibited a reckless pattern of disregard for the entirety of his membership by making decisions that affect all FOP members based on his personal feelings and his personality conflict with other community leaders.”

Clashes between Hils and the Sentinels have been a near-annual event since 2017, when the organization cast a vote of no confidence based on allegations similar to the ones Arnold made Friday afternoon.

Hils appears frequently as a guest on WLW 700 and posts even more on a Facebook group called Support the Blue In Cincy, where he writes targeted calls to action and decries local figures or movements he characterizes as unfriendly to police.

On July 23, that figure was longtime local activist Iris Roley. The movement was the push to free black ex-judge Tracie Hunter, convicted of illegally helping her brother in a hearing, from the six-month jail sentence she had successfully delayed for five years.

Roley and other activists had marched outside the home of Judge Patrick Dinkelacker, who ordered the execution of Hunter’s sentence, the day before.

“We’re out here because she’s not here,” Roley said then. “She’s locked up for a nonviolent charge, and taxpayers ought to be up in arms about it.”

Roley was a key figure in the creation of the Collaborative Agreement, a vow of unity between police and the people they serve following civil unrest in 2001.

On Friday, both she and Hils accused each other of undermining it — and the ongoing “Collaborative Refresh” meant to update the agreement for the future.

"If we made it through that and we get here and these are the types of statements that Dan is going to make, it’s problematic for the city, not just Iris Roley,” she said, adding he should have expressed his concerns somewhere other than social media.

In a statement to WCPO, Hils wrote: "While I recognize their first amendment to free speech, I believe her manner of protesting was blatantly wrong. Additionally, her activities are detrimental to the collaboration of the community and their police officers."

Arnold and Cincinnati NAACP vice president Joe Mallory stood with Roley. Both accused Hils of using the protest as an excuse to step away from the Collaborative refresh.

“Dan Hils has allowed his personal agenda and dislike to blind his objectivity and is directly opposite of the spirit of a bias-free and problem-solving policing model,” Mallory said.

Roley, according to civil rights attorney Al Gerhardstein, “is a fearless community advocate who seeks nothing but justice. And for (Hils) to come in and try to ride her out of her appointed position on the manager’s advisory committee is over the top and needs to be reigned in. He needs to be disciplined.”