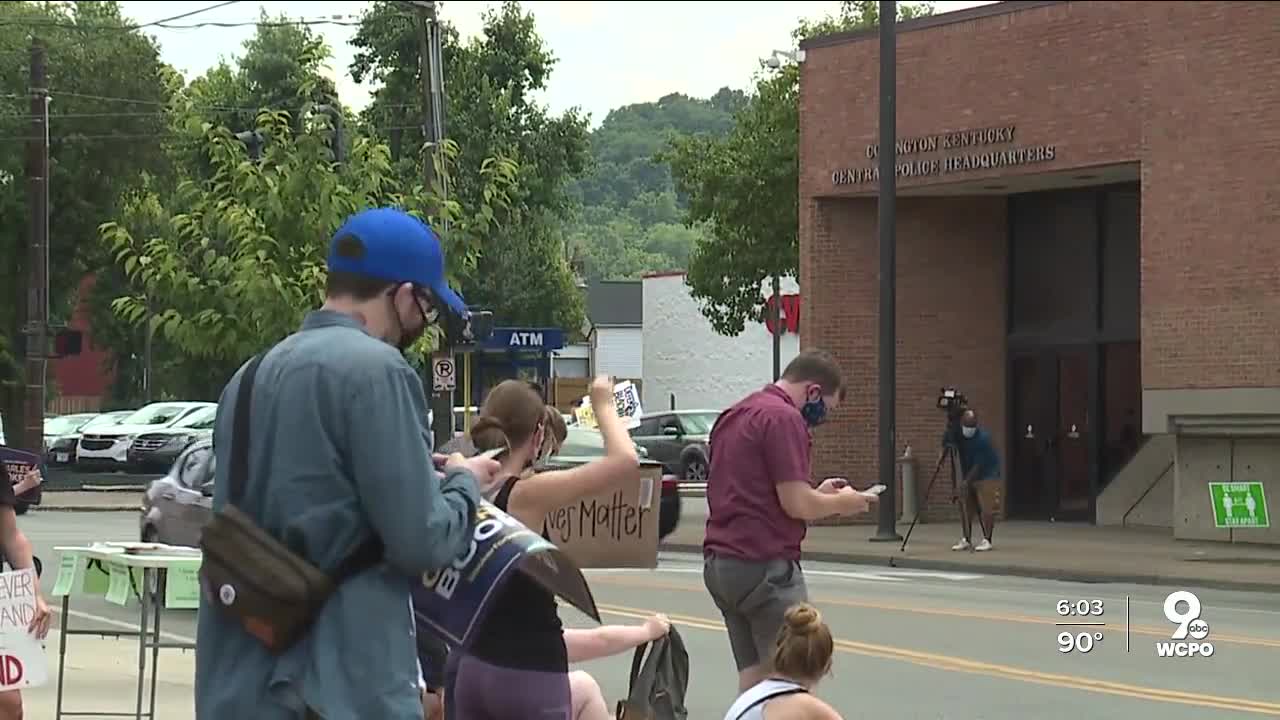 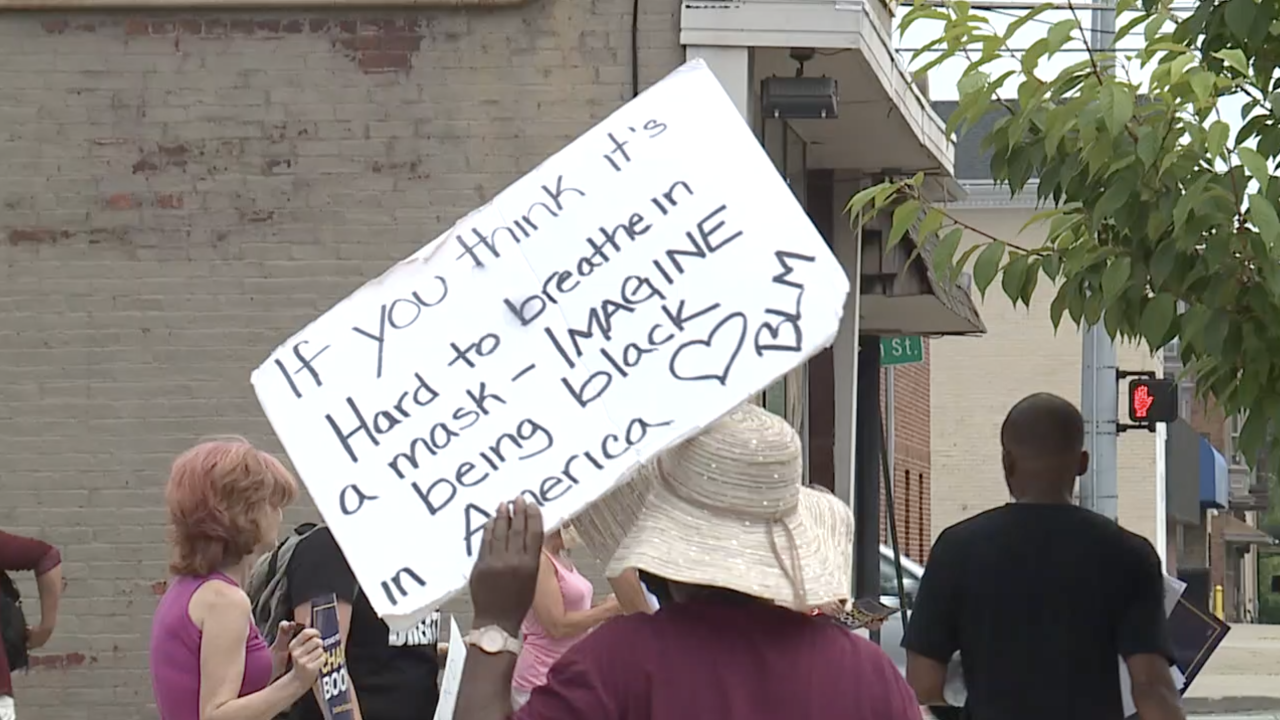 Protests and demonstrations in support of the Black Lives Matter movement continued in the Tri-State area Saturday, with events taking place in Covington, Bethel, Milford and throughout Cincinnati.

Almost a week after violence broke out between Black Lives Matter protesters and counter protesters, the citizens of Bethel braced for another weekend of protests in the Clermont County town. On Saturday, several dozen police officers patrolled the area along Plane Street designated for protesters; the demonstrations were peaceful. The city of Bethel is still under a curfew from 8:00 p.m. until 6:00 a.m. each day until Monday morning.

In Milford, an early afternoon protest in Riverside Park drew crowds as Kelbi Savage performed music and shared his personal experience with police brutality. Savage said he was just 13 years old when he was stopped by a police officer while playing in an open field.

"The cop gets out of the car and put his gun on the roof, pointing his gun at me," said Savage. "I'm asking myself the question, did I do something wrong, is it illegal to walk around with a toy gun?" He described to a crowd of supporters how that moment changed his view of police, to this day. The crowd peacefully demonstrated into the afternoon.

Down in Northern Kentucky, Covington residents gathered, joined by U.S. Senate candidate Charles Booker. The crowd of 100 to 150 people gathered across the street from Covington's police station in support of the Black Lives Matter movement. Booker, Kentucky's youngest black lawmaker, stopped by the event just three days before the statewide primary election that will determine whether he takes on Mitch McConnell for his Senate seat in November.

He addressed the crowd and shared his perspective on racism and police brutality.

"We have a lot of work to do to address inequity and structural racism," said Booker. "And I feel that weight. But I feel the hope from all of these folks that are standing together saying 'We want a brighter future.' And we're going to win it together."

The Covington event differed from others throughout the city, focusing heavily on the upcoming primary election. Volunteers handed out information about the different candidates and provided information about voting rule changes brought about by the coronavirus pandemic.

Demonstrators gathering in Inwood Park, in Mount Auburn, called for continued action to battle against complacency as protests in Cincinnati continued for the third straight week. The event, sponsored by Democratic Socialists, was described as a conversation about social justice. Other supporters of Black Lives Matter joined the gathering, which emphasized discussion around accountability for police officers seen using excessive force.

None of the demonstrations throughout the city swelled to the numbers of protesters in weeks past, or the crowd that gathered on Elm Street after Cincinnati City Council's budget hearing was abruptly ended. All protests Saturday afternoon dispersed by the early evening and remained peaceful.