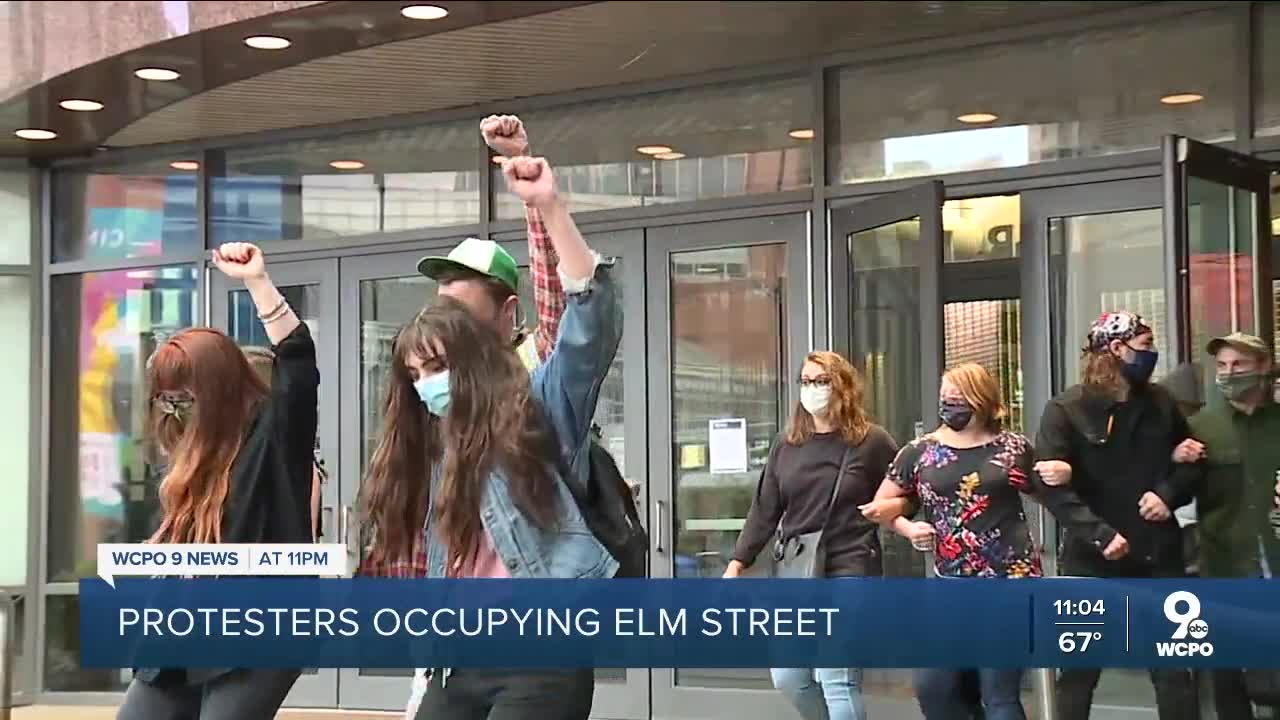 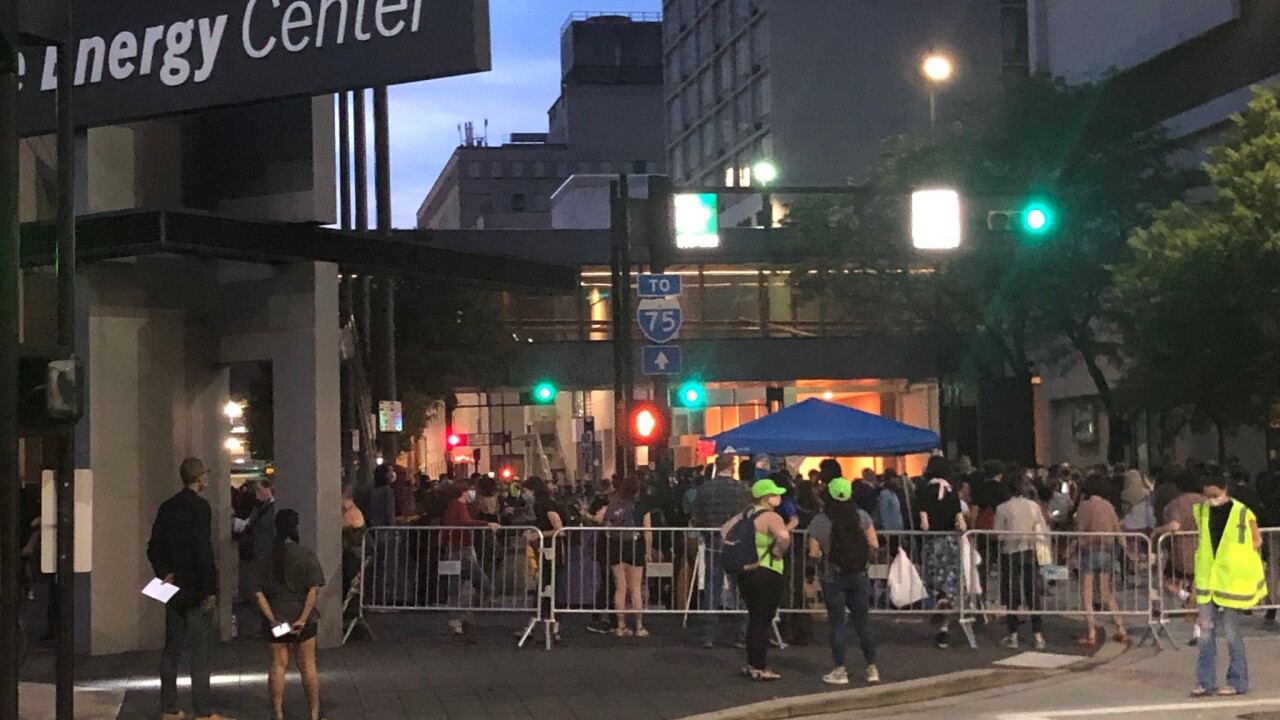 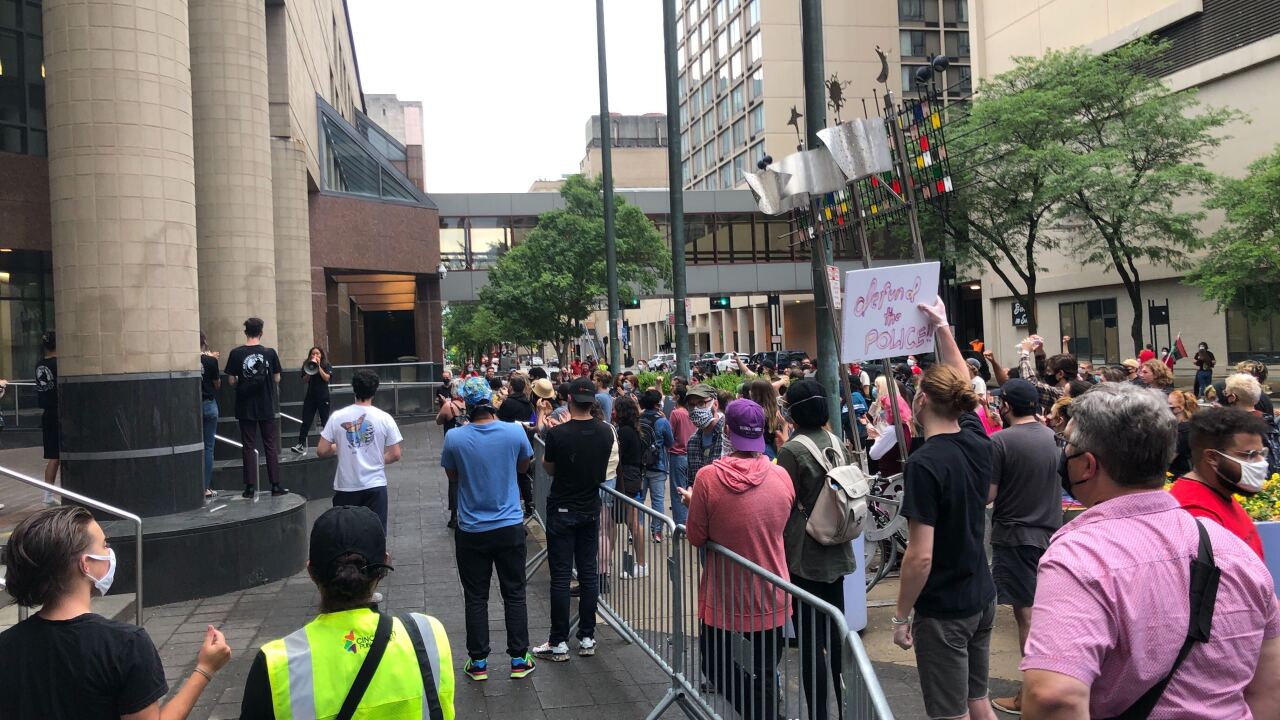 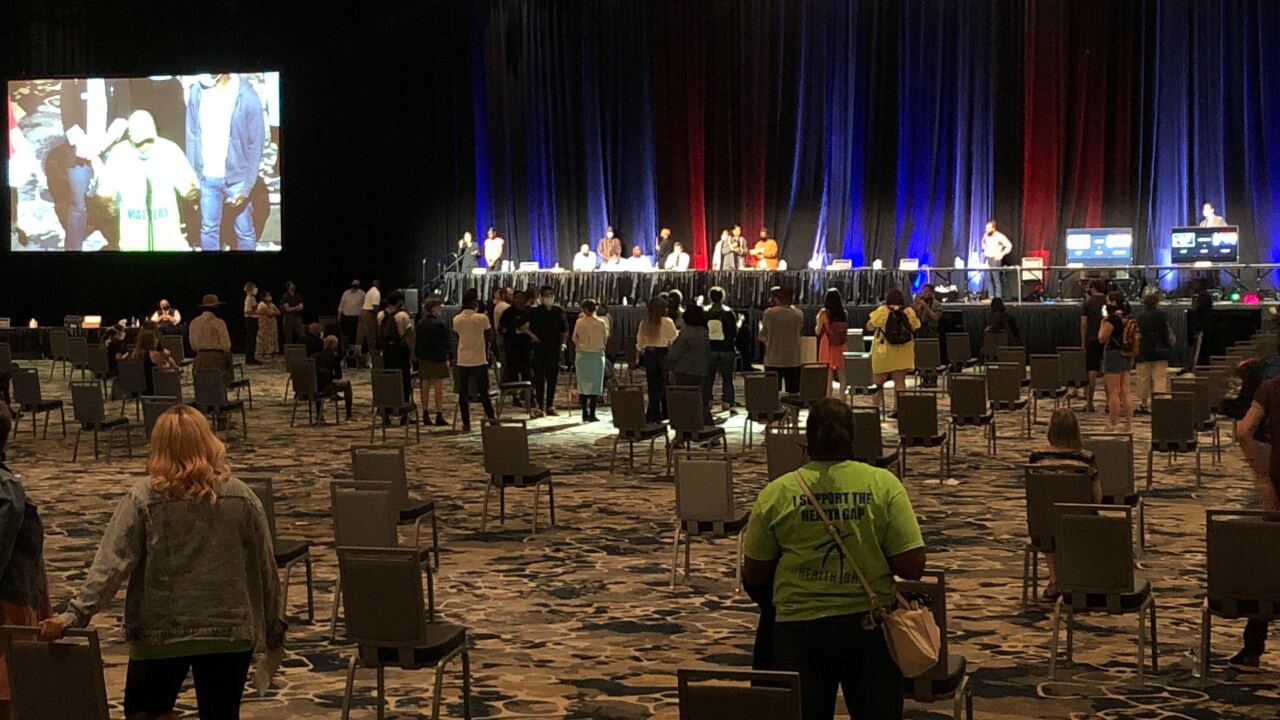 Impassioned speakers, some shouting through megaphones, continued making comments after the meeting adjourned.

By 8:20 p.m., people had left the Duke Energy Convention Center and poured onto Elm Street. Some in the crowd of roughly 100 people spoke of "occupying Elm Street" in response to the budget meeting ending. By 11:30, protesters had announced they would leave the area before midnight.

Large crowd at Fifth and Elm following today’s public hearing. I just spoke to David Mann. Tonight at 11, he explains why he walked out and how he feels about defunding the police. pic.twitter.com/gqGcpLR1Vi

One protester, Obed Kassenda, said he was prepared to stay all night.

"My feeling is pretty simple and straight forward. It was... to me it was sort of neglect and it was kind of a message... he was sending out a message that you black people dying don't really matter," Kassenda said of the budget meeting stopping in its tracks. "We can still do whatever we want."

Councilman David Mann, who chaired Thursday's hearing, left the meeting after banging his gavel and attempting to quiet boos as one commenter defended police and asked to fully fund Cincinnati's police department, contrary to the pleas of many at the meeting to defund law enforcement.

"After that individual spoke I tried to say... we're supposed to listen to each other and I ask that you pay the courtesy of listening to each other and I vividly remember someone saying 'We don't want to listen to anybody we don't agree with" and this was on the heels of a lot of very disagreeable statements about our police and our society," Mann told WCPO after the meeting Thursday.

The hearing was part of a handful of planned public forums on the 2021 city budget, which included a $74 million shortfall in the wake of the coronavirus pandemic, plus a proposed $1 million increase for Cincinnati Police.

#BREAKING: After a major uproar following a pro-police speaker and repeated booing, council member David Mann has abruptly ended today’s public hearing. No word on what this means for tomorrow.

David Mann just ended the hearing after a speaker was booed for speaking in favor of increasing police funding. The video feed has been shut off.

Some attendees blocked the doors to the Duke Energy Convention Center. People in the meeting grew agitated that others outside were being prevented from coming into the building. Attendees and council members began exiting the convention center at 8:15 p.m.

Pastor, tweeting from inside the convention center, said he would try to "deescalate the situation" by walking out of the meeting with protesters. Later, he posted photos of him and other council members leaving the building.

We are still here. I feel safe. Will try to walk out with those who are here to deesclate the situation. Lastly, I believe we should have an additional hearing.

Leading the people out of tonight’s budget hearing. Also, my motion for law enforcement reform is attached. Read it! pic.twitter.com/6DjVhb68c4

Councilman Chris Seelbach, who was not in attendance but joined the meeting remotely, tweeted he believes that the meeting should have continued. Later, Councilman Sittenfeld tweeted that he would call for another public hearing, and those who did not get to speak "still deserve the chance to do so."

It was absolutely wrong to adjourned the public hearing.

I am under mandatory quarantine until my COVID-19 invasive test comes back (like tomorrow) because I was recently exposed to someone who has tested positive,