As he prepared to leave high school, Otto Warmbier celebrated 'finale' and the future ahead 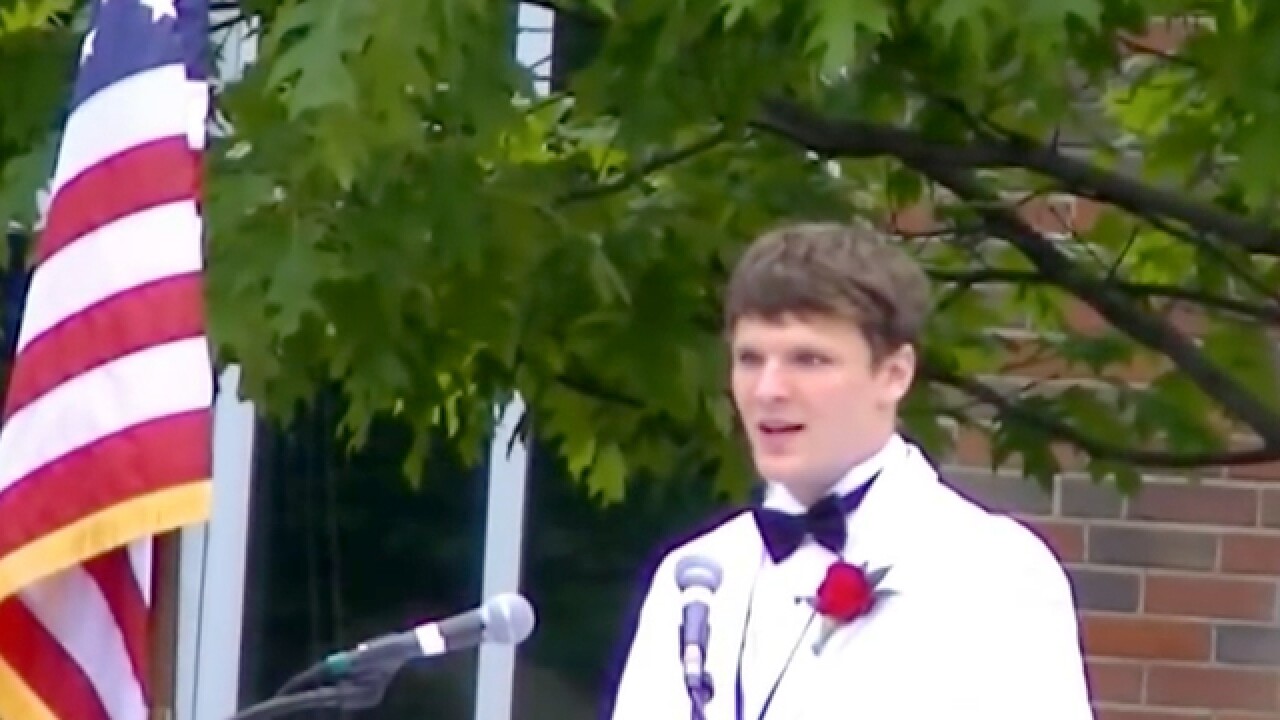 WYOMING, Ohio -- Four years ago, Otto Warmbier stood in front of Wyoming High School's graduating class in a white suit and black bow tie, confessing that he'd struggled to write the salutatorian speech he was about to deliver.

He had attempted to write an opener himself, but his attempts at constructing something appropriately lofty for his graduation rang false, and an exhaustive search of internet quote archives turned out thousands of equally unfitting results. In the end, he summarized the moment with a quote from "The Office."

"'I wish there was a way to know you're in the good old days before you've actually left them.'

"To me, that sentence perfectly captures the feeling of this graduation," he continued. "This is our season finale. This is the end of one great show but just the beginning to hundreds of new spinoffs."

Warmbier's own spinoff would take him first to the University of Virginia, where he double-majored in commerce and economics, joined a fraternity and became actively involved in his campus's Hillel organization, according to the Jewish Telegraphic Agency. The JTA reported that he had been profoundly affected by a Birthright trip to Israel, and that his passion for both his faith and the environment shaped his on-campus life.

"In the simplest interactions Otto always found something of interest and would make you smile," campus Rabbi Jake Rubin told JTA. "At every stop on Birthright he would try some kind of new food, strike up a conversation with someone new, or find some unique thing to bargain for. He loved life and it was infectious."

He would travel again -- first to London, where the BBC reported he completed an econometrics course at the London School of Economics, and then to Asia, where he planned to study at a university in Hong Kong in 2016.

He never made it there.

He never fully returned from the detour he took along the way.

Although United States officials delivered Warmbier back to Cincinnati June 13, his ability to walk, see, speak and understand the world around him had been lost -- or stolen -- during a 17-month imprisonment in North Korea.

Warmbier had embarked on a New Year's trip to the famously repressive and insular country with a tour group of other adventurous young Westerners. When he attempted to leave at the trip's conclusion, he was arrested by North Korean authorities and accused of attempting to steal a propaganda poster with the name of venerated former leader Kim Jong-il written on it.

RELATED: This is the last video taken of Otto Warmbier before his arrest in North Korea

He was charged with crimes against the state and, after a recorded confession in which the pale-faced young man clasped his hands together and turned his face toward Heaven to beg North Korea for forgiveness, sentenced to 15 years hard labor.

"I have made the worst mistake of my life," he sobbed. "Please! Think of my family!"

The validity of the crime for which he was sentenced has been disputed. The truth of what happened to him after that confession is nearly unknowable -- North Korean explanations didn't hold up, according to doctors with University of Cincinnati Health.

What is knowable is that, when Warmbier returned to the United States, he was comatose and unable to understand or interact with his surroundings. He had suffered severe neurological damage and the loss of significant brain tissue.

He died Monday at the University of Cincinnati Medical Center. His family received condolences from President Donald Trump, Senators Rob Portman and Sherrod Brown, their neighbors and thousands of people who had followed the story online.

"Wyoming City Schools is deeply saddened by the loss of Otto Warmbier," Wyoming City Schools said in a news release Monday night. "The countless contributions he made to his school and community through his leadership, actions, and limitless enthusiasm will be felt far into the future."

"Even when Wyoming's class of 2013 is a thing of the past, we'll have the support of all these people around us, the knowledge we gained as a group, and we’ll have the reruns -- the memories we’ve created to be played over and over again."