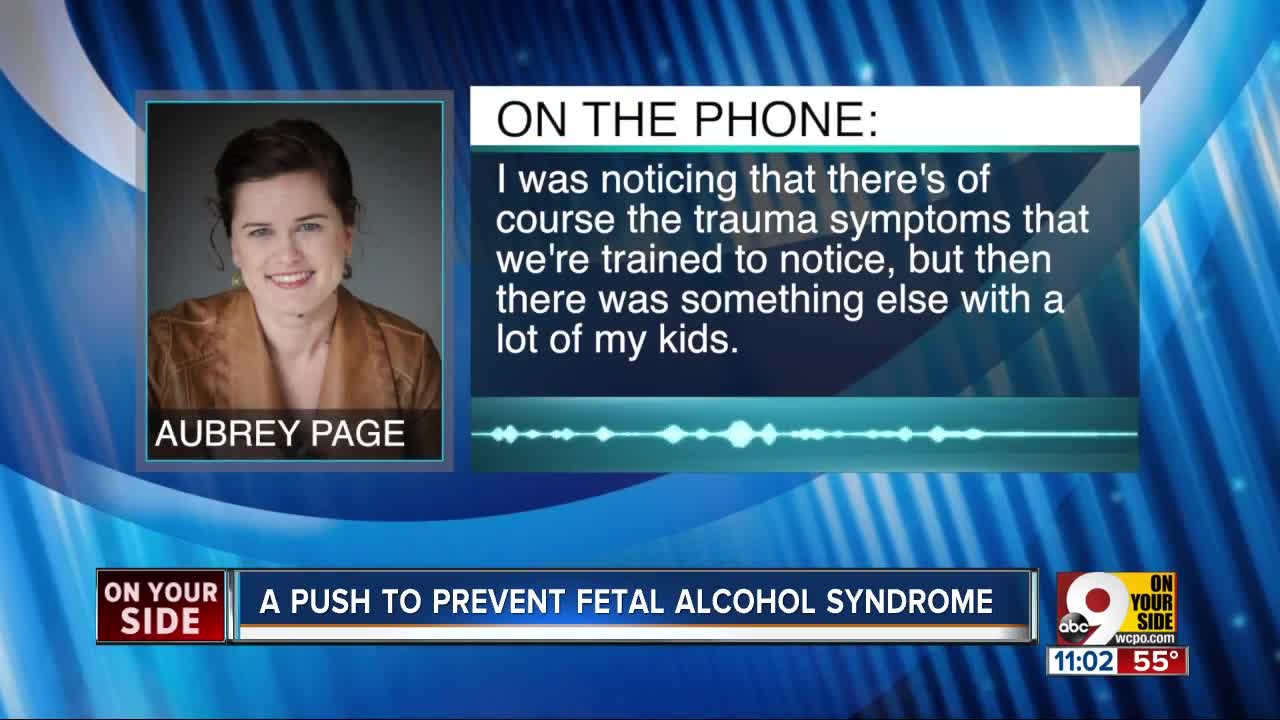 Some public health advocates believe fetal alcohol spectrum disorders are a silent epidemic in our area. Councilman David Mann wants to commission research and education efforts to fight it.

CINCINNATI — Foster mother Aubrey Page believes fetal alcohol syndrome has been a sleeping problem in the Cincinnati area for years. In a few more, as children born during the opioid epidemic reach a diagnosable age, it might wake up.

“We’re estimating that we’re going to see a big surge in kids who need a diagnosis,” she said Monday night.

We means public health advocates, including the Cincinnati Health Department and City Councilman David Mann. Their logic is straightforward: Evidence collected by the National Institute on Alcohol Abuse and Alcoholism shows people who abuse recreational drugs are more likely to drink alcohol, and vice versa.

Advocates reason a region hit as hard by the opioid epidemic as Cincinnati likely saw a quieter accompanying rise in levels of alcohol abuse during the same time period. Pregnant women who struggled with one might have struggled with both, and their children might have entered the world with physical and mental disabilities as a result.

Page, who has fostered 40 children, said she saw the effects firsthand when she began to foster.

“I was noticing that there’s of course the trauma symptoms that we’re trained to notice, but then there’s something else with a lot of my kids,” she said. “I had some kids who were diagnosed. As I’m digging in, I’m realizing how little information there is out there.”

She plans to put it out there, she said. With Mann’s help, she hopes she can convince City Council to approve a motion instructing the Cincinnati Health Department to adopt a comprehensive strategy for fighting fetal alcohol spectrum disorders.

That strategy, per a motion submitted Dec. 2 in council, would include studying the conditions, training providers to recognize and diagnose them, and raising public awareness.

“It can lead to lifelong problems,” Mann said of the condition. “So we want to bring attention to that risk and of course we want healthcare providers to be sensitive to that issue, that possible issue with the newborns.”

Page is happy to have his support. She believes many more aspects of government and society, including schools, will soon need to develop better tools for raising and understanding children with fetal alcohol spectrum disorders.

"In the same way you wouldn't tell a blind person to just squint hard enough so they could see, we have to recognize the brain difference and then help both ourselves and our children learn how to operate in the society that we have, knowing that they have a different brain,” she said.

Mann has commissioned a health department report that should provide a more specific game plan for moving forward with his motion. He said Monday he expects it within 30 days.