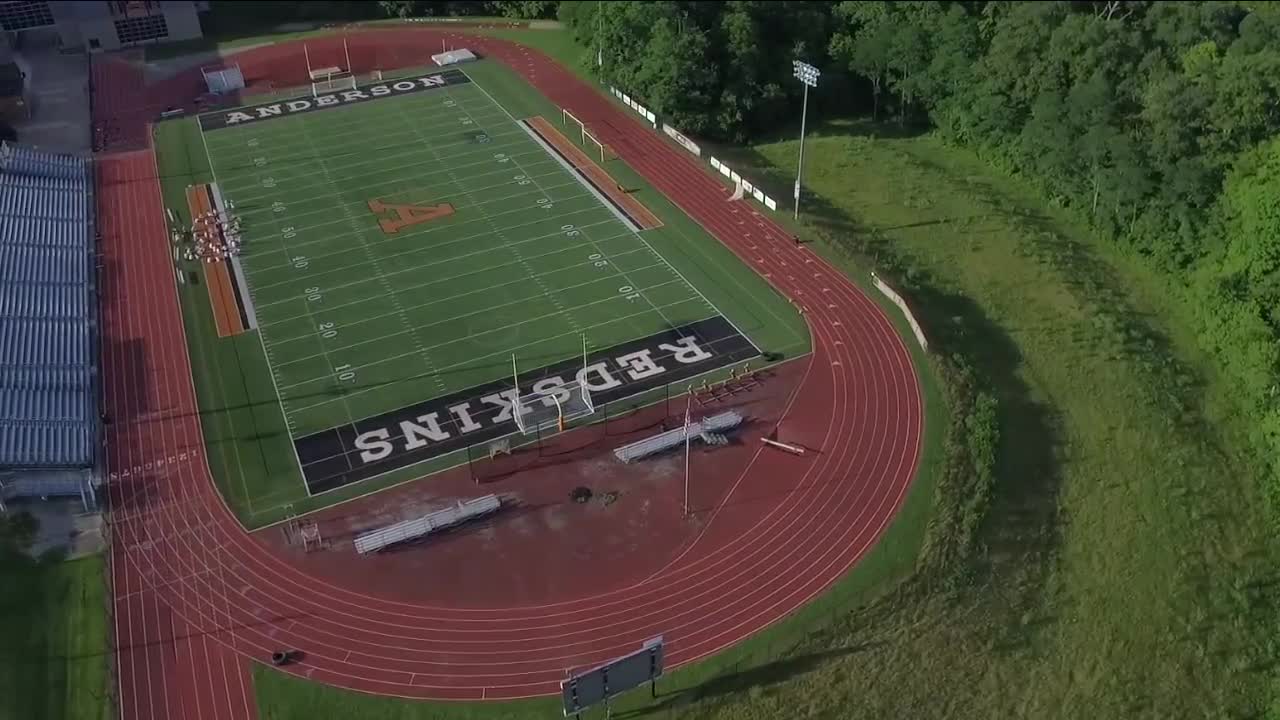 Board member Elizabeth Barber said Thursday that the Redskins mascot doesn’t represent the whole community and offends many. She voted to retire the name, as did members Demetria Choice and Dr. Leslie Rasmussen.

“It is not in our best interest for our students to lack a universally accepted mascot. Our children deserve better," Barber said.

Board president Forest Heis, also voting to change the mascot, said everyone should be able to cheer for their school proudly.

“We have our administrators walking a tight rope," he said. "When they see a kid at Kroger’s, they see one of their athletes at Kroger’s, not only are they not sure if they can say ‘Go ‘Skins,’ they have to look around to see if there’s somebody else there. In the hallways, the same thing.”

Heis said he came into this debate wanting to keep the Redskins name and doesn’t believe those who are in favor of keeping the mascot are racist, but “times have changed.”

Board member Patty Taylor voted "no" on mascot retirement, saying it should go to a public vote and voicing financial concerns about the cost of removing imagery from the school.

“This is not the regular process and I believe it’s undemocratic and not the will of the majority of the residents. I am against the method and the rushed nature that is being used to push this agenda without public input to a vote," she said.

Anderson Superintendent Scot Prebles said Thursday the process of removing the mascot could include a steering and sub-committees for logistical purposes plus a private donation fund to cover the cost. The superintendent said the district got around 2,000 emails on the subject.

The district has previously debated removing the mascot, most recently in 2018. The district said in a statement that the logo, in place for more than 80 years, will be "phased out" in stages beginning during the 2020-2021 academic year.

“Next steps in the process will begin in July and will include the creation of a timeline and the organization of a committee charged to lead the transition,” Prebles said in a news release Thursday. “As the careful allocation of fiscal resources is always top of mind, the school will also launch a fundraising committee to ensure this transition takes place in the most cost-effective manner and using private donations to the greatest extent possible.”

For Jheri Neri, executive director of the Greater Cincinnati Native American Coalition, the decision is a "small victory" that the board should be proud of, though there is more work to do.

“Changing the name is just one part. Now, we’ll wait and see for them to reach out and see how much they work towards starting to dismantle this perpetuation of the stereotype that was created," Neri said. "Hopefully, we can work with them in a positive way and help with the curriculum and have that conversation.”

Guy Jones, the founder of the Miami Valley Council for Native Americans who fought for years to change Anderson's mascot, was relieved by the board's decision Thursday.

“I really wished I could remember the students names that called me in 1999 and just to call them and say it’s done. It’s been that long," he said.

But he agrees there is more work and self-reflection to be done.