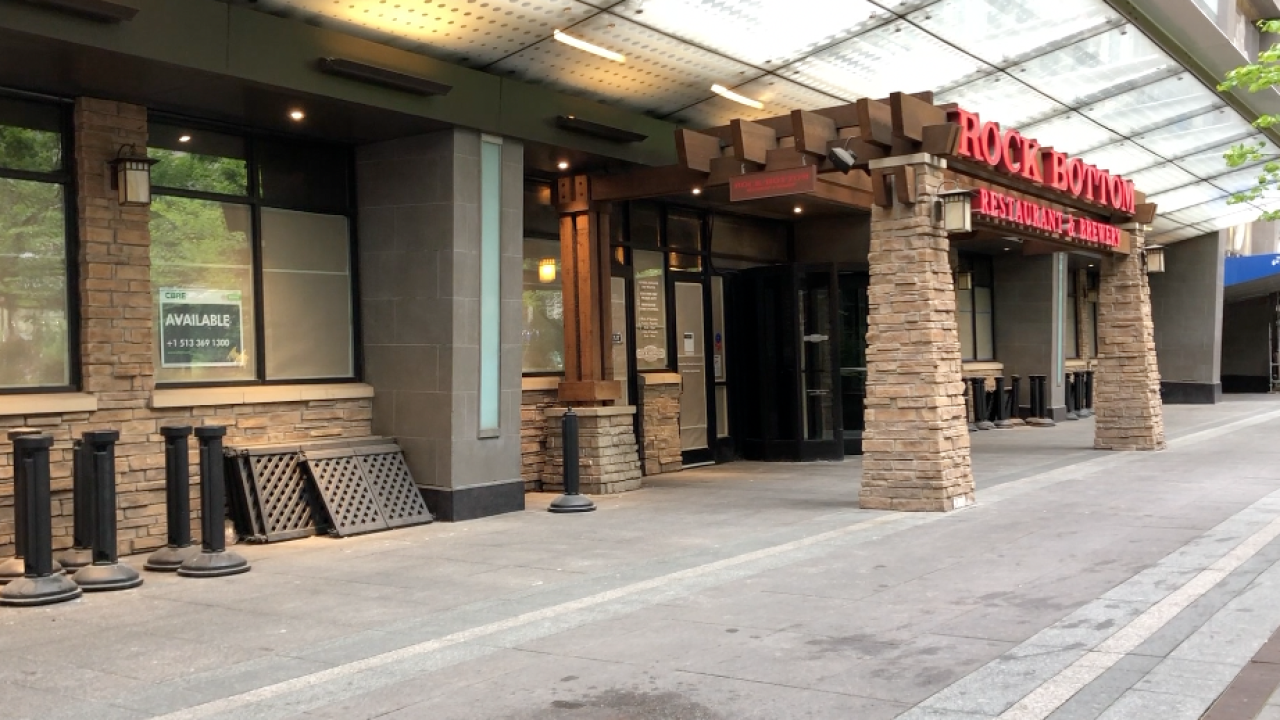 Copyright 2020 Scripps Media, Inc. All rights reserved. This material may not be published, broadcast, rewritten, or redistributed.
Evan Millward
Rock Bottom Restaurant and Brewery will not reopen in Fountain Square.

CINCINNATI — Even before the explosion of local craft beer across Greater Cincinnati, Rock Bottom Restaurant and Brewery was an anchor of the re-imagined Fountain Square. That made it one of the city's longest-serving breweries.

Then, the coronavirus pandemic spread and forced restaurants and bars across Ohio to close.

Today, a "Retail-Available" sign has been posted two windows over from a sign announcing a temporary closure with plans "to reopen at a later date."

A Fifth Third Bank spokesperson confirmed to WCPO that the former Rock Bottom space is available for lease through CBRE.

The brewpub opened in the early 2000s and, according to Fifth Third, leased the space through 2026. It closed briefly in 2018 for renovations.

The closure comes as the company struggled with the one-two punch of bankruptcy proceedings followed by the pandemic shutdowns nationwide.

CraftWorks Holdings, based in Chattanooga, Tennessee, filed for Chapter 11 on March 3 to reduce its debt by 60% and "better position its popular brands for long-term growth."

At that time, it had not closed any of its 338 locations, which operated under the Rock Bottom, Logan's Roadhouse, Old Chicago and Gordon Biersch brands. The company then furloughed nearly all of its 18,000 employees in early March as it shut down restaurants.

By the end of March, CraftWorks Holdings fired those employees. The pandemic's effect on consumer activity had derailed plans to emerge from the bankruptcy, according to the Wall Street Journal.