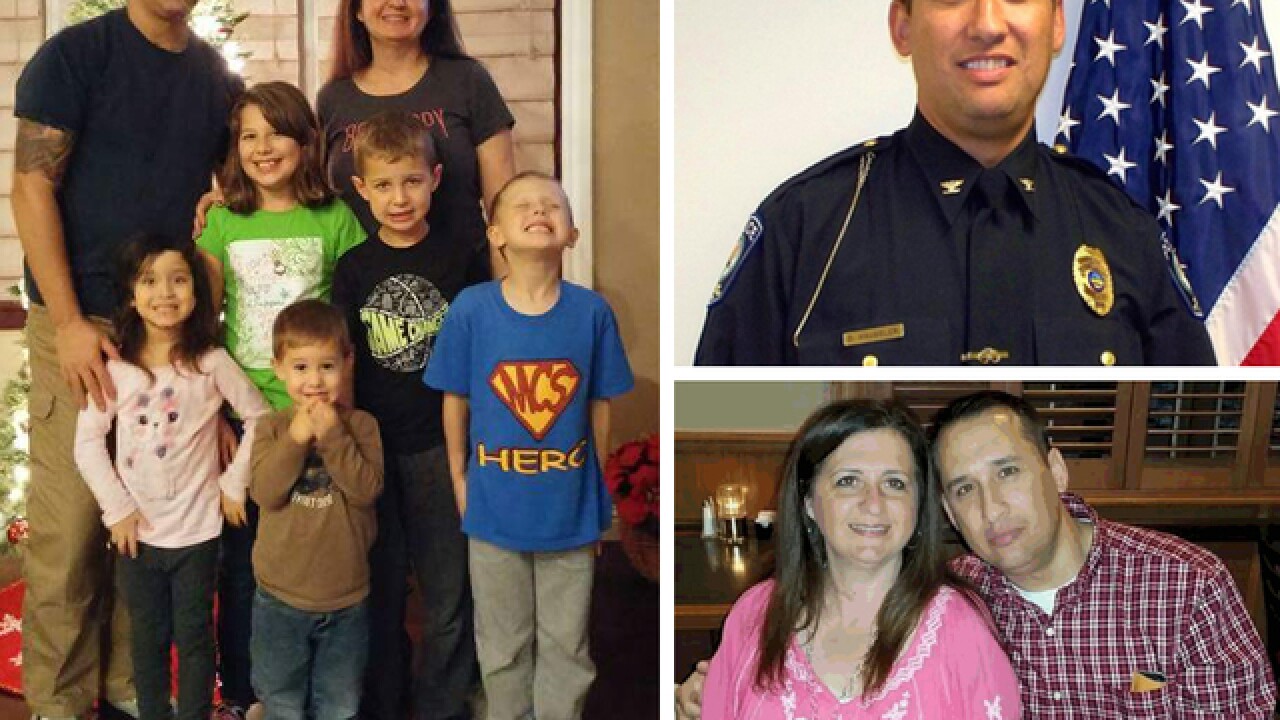 Copyright 2017 Scripps Media, Inc. All rights reserved. This material may not be published, broadcast, rewritten, or redistributed.
Provided
<p>Ross Township Police Chief Darryl Haussler with his wife Debbie Haussler and their family.</p> 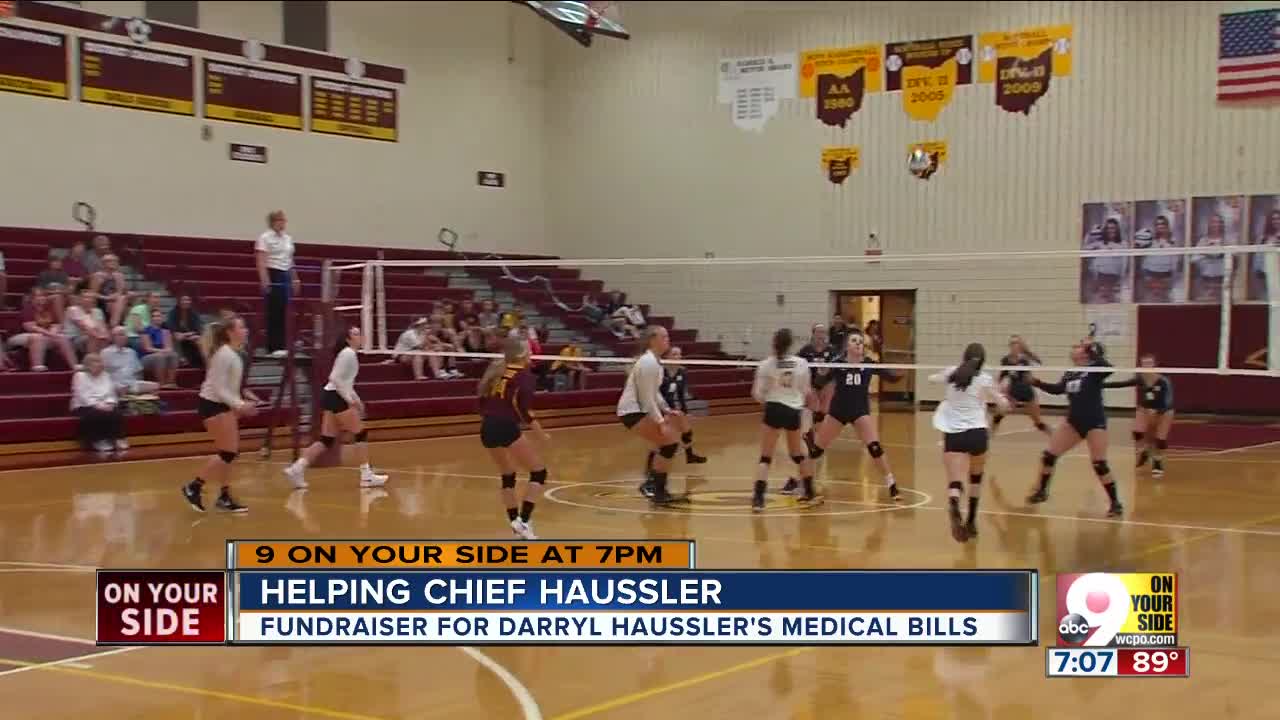 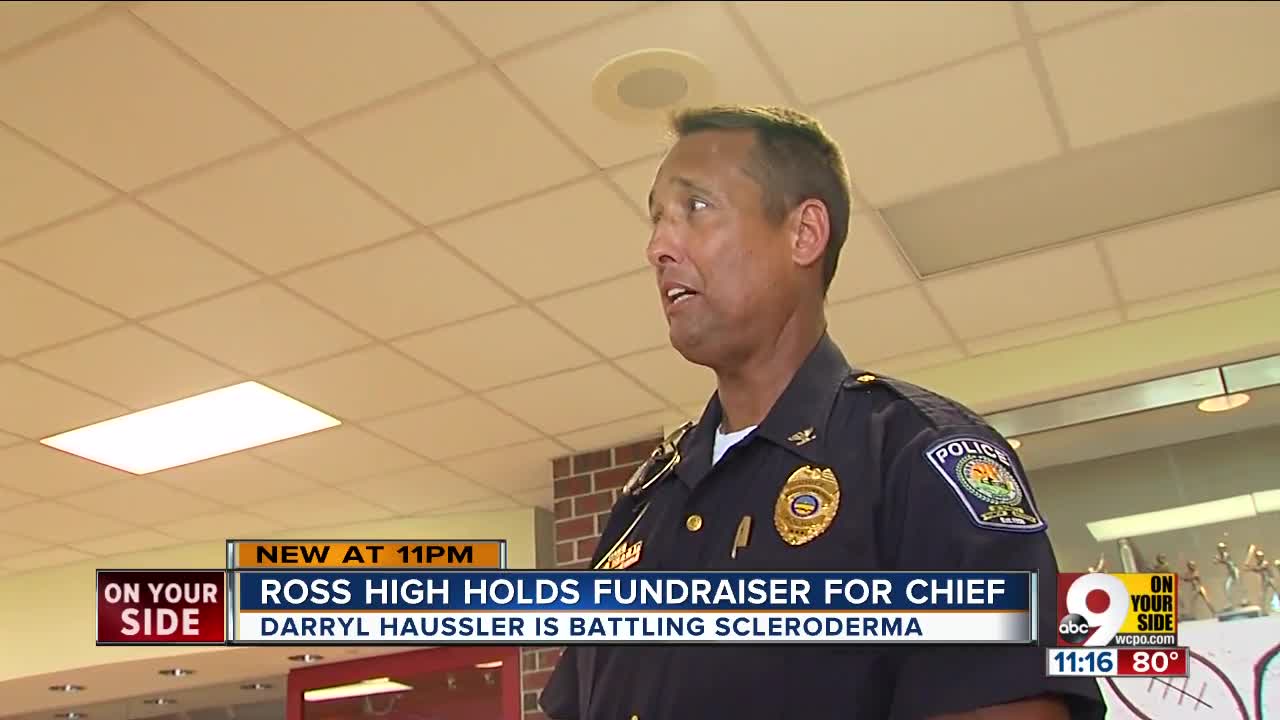 ROSS TOWNSHIP, Ohio -- When Darryl Haussler became Ross Township's chief of police, he was told his new community would treat him like family. Discovering he had an incurable autoimmune condition -- and receiving an overwhelming tide of support from the people his department serves -- made him believe it.

"That's exactly what I feel like," he said Tuesday night. "I have family here in Ross. … I have literally hundreds, if not thousands, of people praying for me right now."

Ross High School's volleyball and girls' soccer teams raised money for Haussler's ongoing treatment at their Tuesday night games, banding together to cheer him on as he battles systemic scleroderma . The fundraiser included a "split the pot" raffle, a bake sale and chance to "bail" a Ross High School student out of a mocked-up "jail."

Scleroderma means "hard skin" in Greek, and it causes the eponymous side effect by tricking the body into attacking healthy skin cells and connective tissue. The visible results include swelling and hardening of skin; the equally serious invisible consequences can affect the function of a patient's kidneys, lungs and heart, which also grow harder and more fibrous as a result of the internal assault.

It's affected Haussler's mindset at times, too. He admitted in 2017 he had struggled to maintain his faith and not become fixated on the possibility of his own death.

Feeling the love of the Ross Township community helps.

"It gives me a lot of fight, a lot of encouragement, and it's just overwhelming sometimes," he said.

So might a kidney transplant from a close friend who recently learned she was a compatible donor. Haussler described his frequent sessions of dialysis as a "huge obstacle" that a transplant could remove from his life, potentially allowing him to return to work full-time.

"He's made a big impact," volleyball coach Jenna Barth said of Haussler. "He's really shown the girls that no matter what you go through, you can always push through and make the best outcome possible."

Ross High School did not disclose the amount raised for Haussler at Tuesday night's games. The school plans to continue accepting donations for a time before presenting him with a check later in the year.

"It's been a long planning process, but everyone's been full force in really wanting to help out the chief," Barth said.