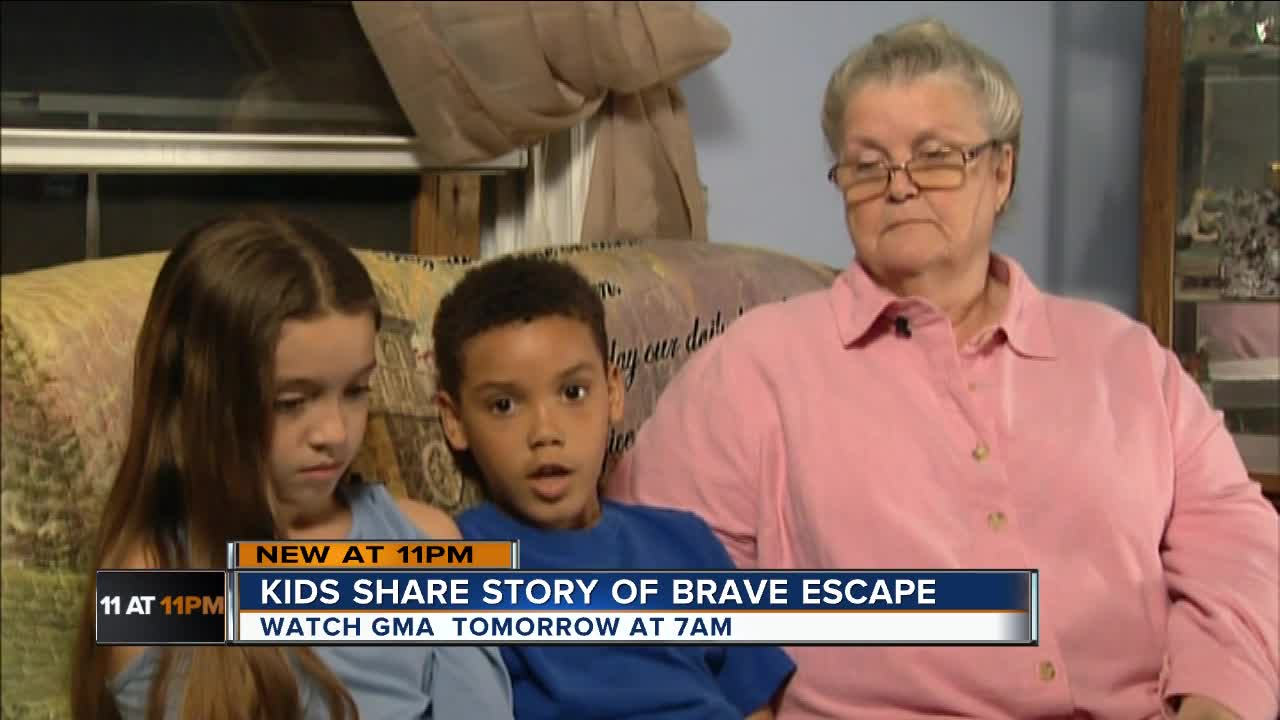 Chance and Skyler were waiting in the car while their great-grandma helped another family member into the emergency room. Then a stranger got in the driver's seat and hit the gas.

MIDDLETOWN, Ohio — Nita Coburn thought she had locked her car. She wouldn’t have left her great-grandchildren alone in the back seat otherwise, she said, even as she helped her sick daughter into a wheelchair outside Atrium Medical Center’s emergency room.

She hadn’t. A safety feature prevented her from locking the doors with the keys still inside — which she realized the moment a stranger climbed into the driver’s seat and began to speed away from the hospital.

Coburn doesn’t like to consider how the Thursday afternoon incident would have ended if not for her great-grandson Chance’s quick thinking, she said.

“Every time I think about it, I want to cry,” she said. “It’s the most morbid feeling in the world.”

Surveillance footage shows a man — whom police identified as 24-year-old Dalvir Singh — driving away from the ER entrance while Coburn runs after the car. She said Friday she didn’t care about anything inside except her the two children, 8-year-old Chance and his 10-year-old sister Skyler.

She caught up and grabbed the handle of the driver’s side door, attempting to open it. Singh slammed it shut, she said. She tried again.

“The second time he slammed it shut, I saw he had a hold of Skyler,” she said.

What happened next happened fast, according to Colburn. She screamed and grabbed the door handle again, and Singh began to drag her along the pavement as he approached a curve.

At the same time, Chance pulled his sister out of Singh’s grip and opened the rear passenger’s-side door. The surveillance recording shows the two tumbling out together.

“What Chance did was extremely heroic,” Middletown police Officer Connor Kirby said Friday. “It shows how extremely brave he was and how much he loves his sister.”

Coburn didn’t see the pair at first and continued to hang on to the driver’s door. Police estimated she was dragged four car-lengths before she let go, Singh drove away and she saw the children running toward her.

“That car didn’t bother me at all,” Coburn said. “It was them two babies. No one needs to feel that fear. No one does.”

Singh didn’t get far, according to police. Officers said they found the car blocks away and arrested him on charges of kidnapping, grand theft and felonious assault.

He was being held Friday night at the Middletown City Jail.