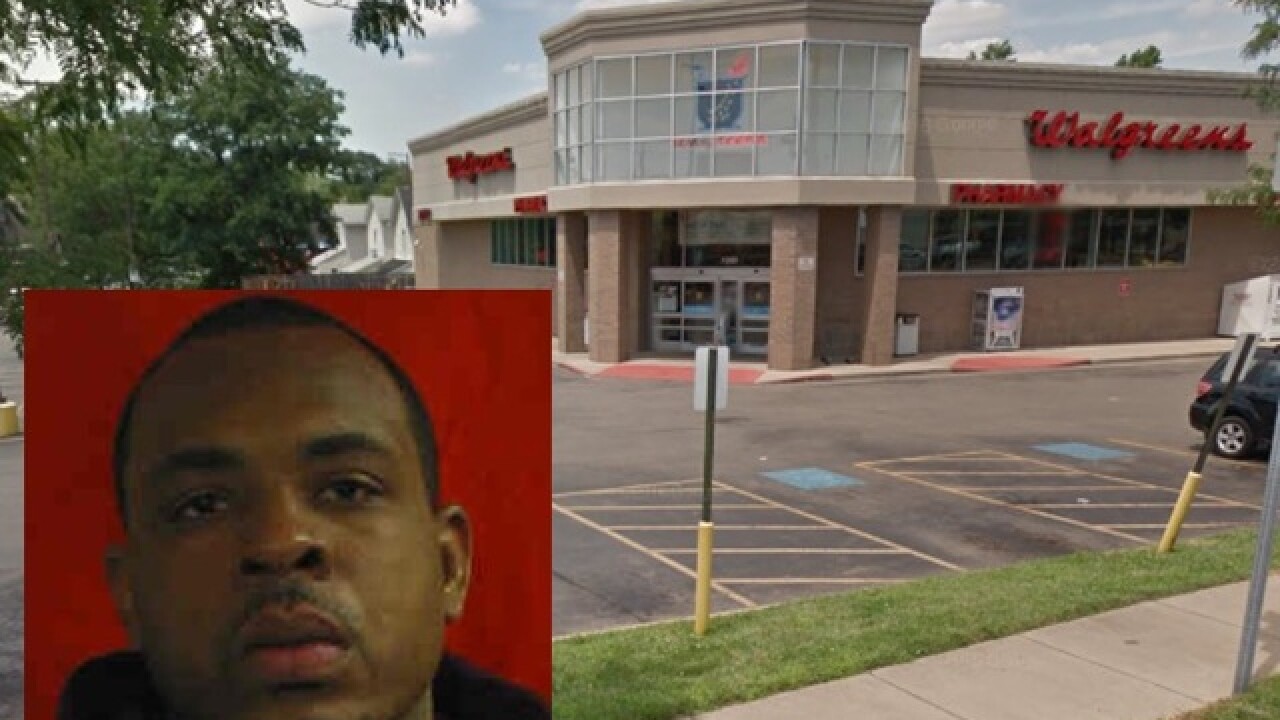 HAMILTON, Ohio -- Jumping a Walgreen's countertop and holding a knife to a pharmacist's throat was the last thing a Cincinnati man did Monday before an officer shot and killed him.

At about 2:30 a.m. Monday, a customer in the Walgreen's store at 1090 High Street called 911 and said an armed man jumped behind the pharmacy counter in the back of the store, according to Hamilton Police Chief Craig Bucheit.

The caller also alerted the clerk in the front of the store, who went to check on the pharmacist.

"Based on the pharmacist's response, she thought something was suspicious," Bucheit said of the clerk.

#HAPPENINGNOW Police initially responded to a 911 call about a customer going over the counter. @WCPO pic.twitter.com/nzshvznnje

"The officers arrived in approximately one minute," Bucheit said. "There they saw a lone, armed suspect holding a knife to the pharmacist's throat. He failed to comply with the officer's commands."

Chief looking to see if this armed robbery is connected to others in Cincinnati and throughout the region. @WCPO

Bucheit said the male officer shot and fatally wounded the suspect, later identified as 34-year-old Kelley Brandon Forte, of Cincinnati. According to a Butler County coroner's report, Forte was pronounced dead at 9 a.m.

Both responding officers are on administrative leave, per department policy. The department expects to release their names and personnel files Tuesday, according to Sgt. Brian Robinson.

The investigation is active, and evidence is expected to be presented to a grand jury by the end of the week.

"I can assure you that this will be a full, fair, impartial and transparent investigation," Bucheit said.