‘Helping to heal us': How the Hamilton community responded for a beloved fallen firefighter 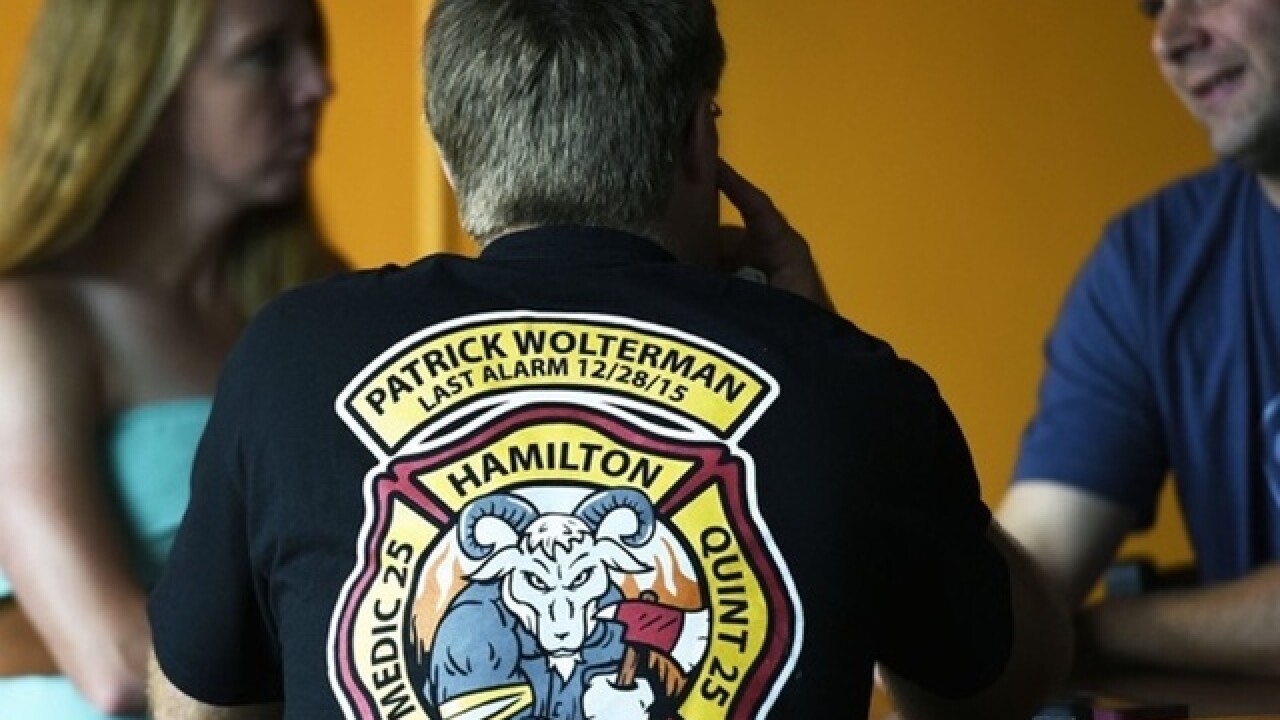 Copyright 2017 Scripps Media, Inc. All rights reserved. This material may not be published, broadcast, rewritten, or redistributed.
Nick Graham | The Journal-News
<p>Hamilton Municipal Brew Works will again tap its special Woltermelon Blonde Ale on Dec. 27, according to the brewery's CEO. Pictured are friends and family of Wolterman during the beer's 2016 limited release.</p> 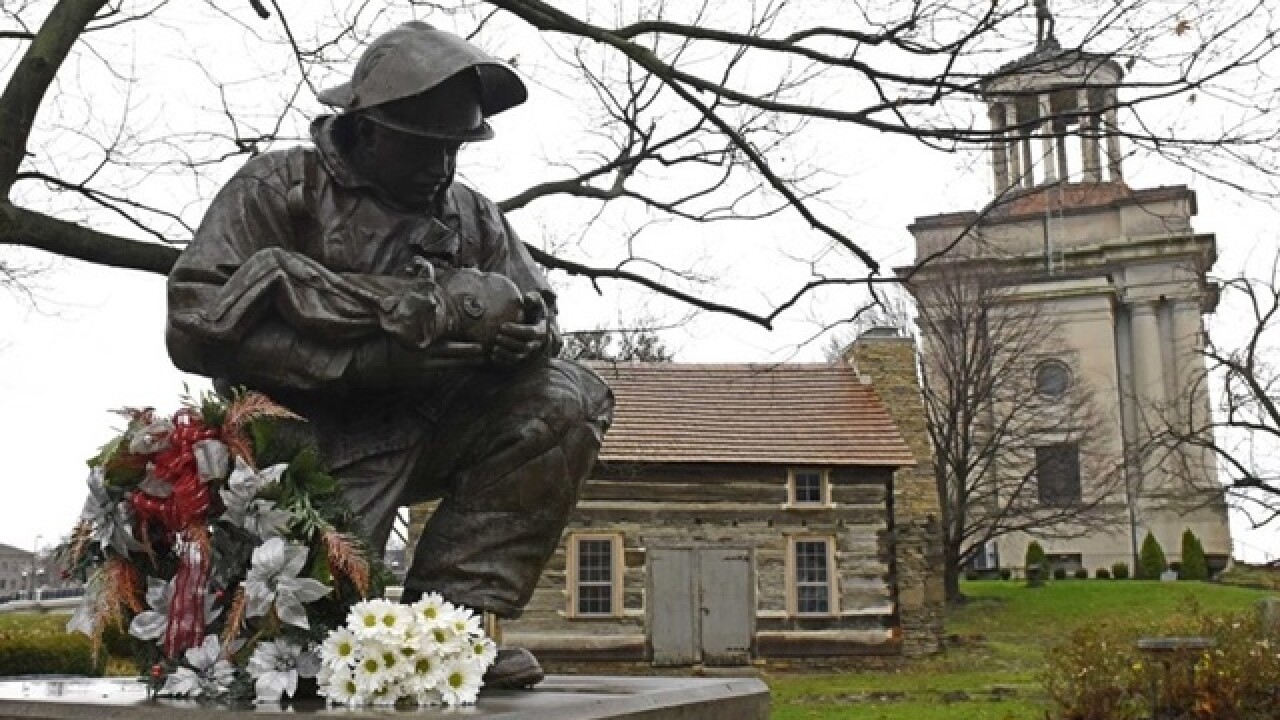 HAMILTON, Ohio -- Two years ago, Hamilton firefighters mourned the loss of one of their own.

When Patrick Wolterman died at the age of 28 on Dec. 28, 2015 battling a blaze on Pater Avenue, the community rallied around his family and the fire department to show love and respect for the fallen firefighter.

There were many acts of kindness large and small — some never reported — that were examples of how a community can respond when a tragedy like Wolterman’s death happens.

To Tony Harris, president of the IAFF Local 20, which represents Hamilton firefighters, the words "thank you" hardly seemed like an adequate expression for the ultimate sacrifice Wolterman made. He gathered with other firefighters a few months after the fateful Dec. 28, 2015 fire and tried to sum up what the community’s support meant to the department.

RELATED: Death of Hamilton firefighter Patrick Wolterman still a raw wound for those who knew him

He added that the support from the local community and other fire departments, local and around the country, "really helped heal us in a lot of ways, and really is something that is still helping to heal us."

Municipal Brew Works created Woltermelon Blonde Ale to pay tribute to the heroic firefighter and worked with his family and the Hamilton Fire Department to donate proceeds from the sale of the beer to charity.

“We lost one of our own. Patrick was a person (who) dedicated his life to the protection of others in this community and it’s important to us that we honor that,” said Municipal Brew Works co-founder and CEO Jim Goodman.

A 25-foot Public Safety Memorial Flagpole was dedicated in September of 2016 in honor of Wolterman and all Butler County fire, EMS and law enforcement officers, living and deceased.

"The spark was when Patrick Wolterman died — we felt with him being our friend and co-worker we had to do something," Mason said. "We did a lot of fundraising and it wasn’t an inexpensive project, but everybody came forward and we got it done. I feel incredibly blessed by the turnout today."

The loss of Wolterman has a sobering effect

Hamilton Fire Lt. Dave Holzberger and Hamilton firefighter Jason Callihan said that after Wolterman’s death, everybody pulled together like one big family in order to support each other and deal with the shock.

"I was just devastated and just felt intense sorrow," Holzberger said. "I ached for his family, ached for my guys, ached for the whole Hamilton fire department community. I knew that the citizens of our city had lost a great asset they would have had for the next 25 years. It was just God awful … God awful."

Callihan added, "when I got the call, I couldn’t believe it. I even argued with the guy who called me — because it couldn’t be true,” Callihan said. "I thought about his family, his wife and his parents and everybody he interacted with — I knew he was a family man."

Dozens of active duty and retired firefighters joined residents at the Fallen Firefighter and EMS Provider Memorial in Hamilton for a memorial ceremony to honor Wolterman on the one-year anniversary of his death in the line of duty.

Mayor Patrick Moeller called Wolterman’s death one of the worst days the city has ever witnessed.

"I will never forget the day and do not want to forget the day that he courageously entered the home to save lives," Moeller said. "The tragedy is a reminder that our public safety personnel are daily only seconds away from potential life threatening events."