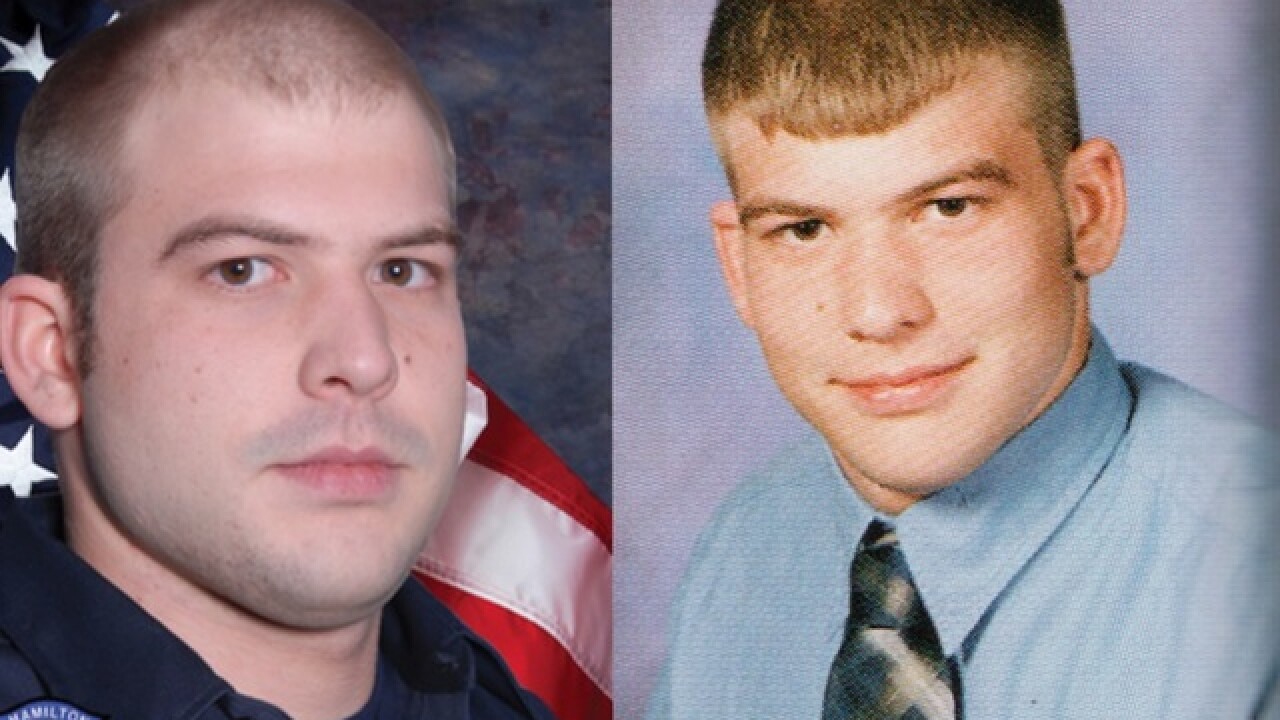 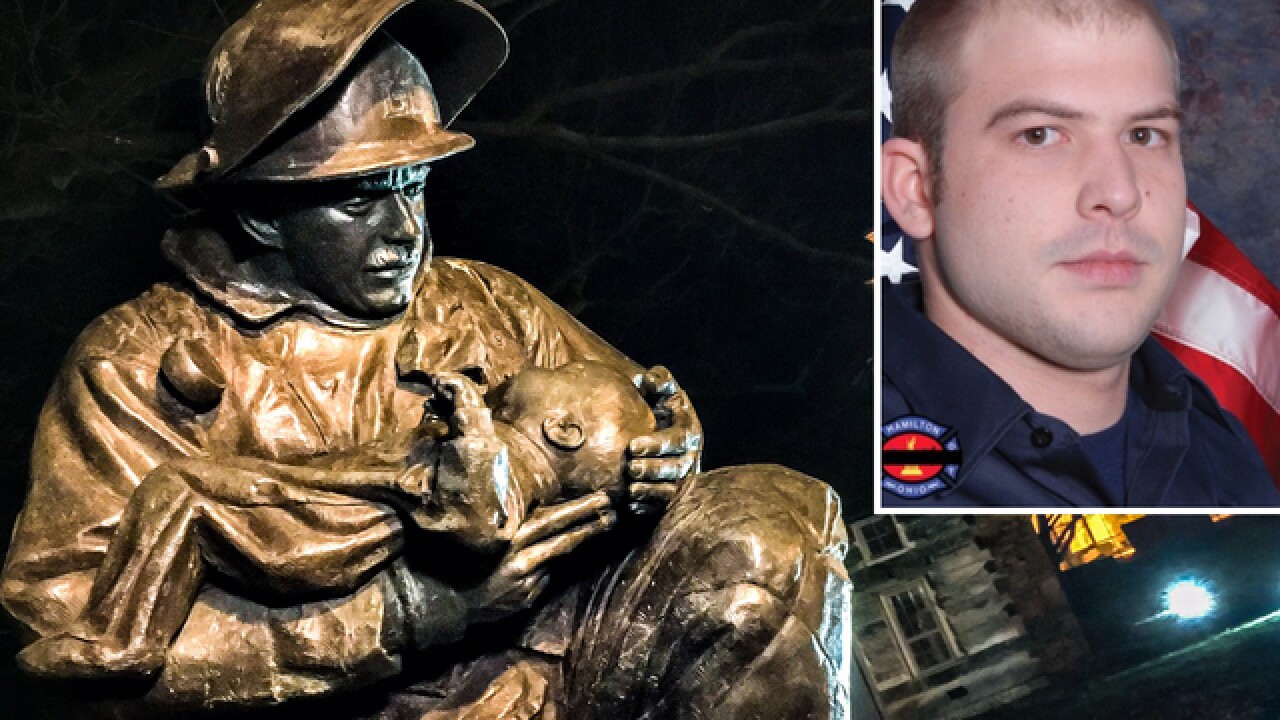 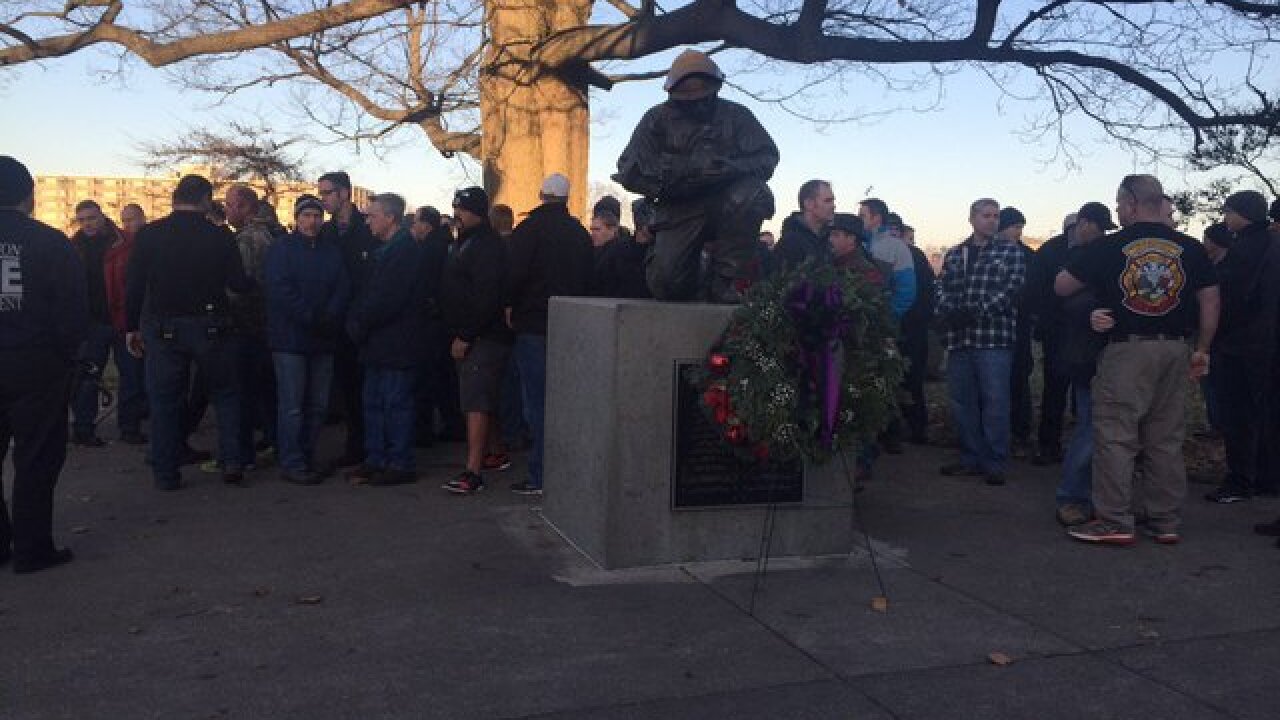 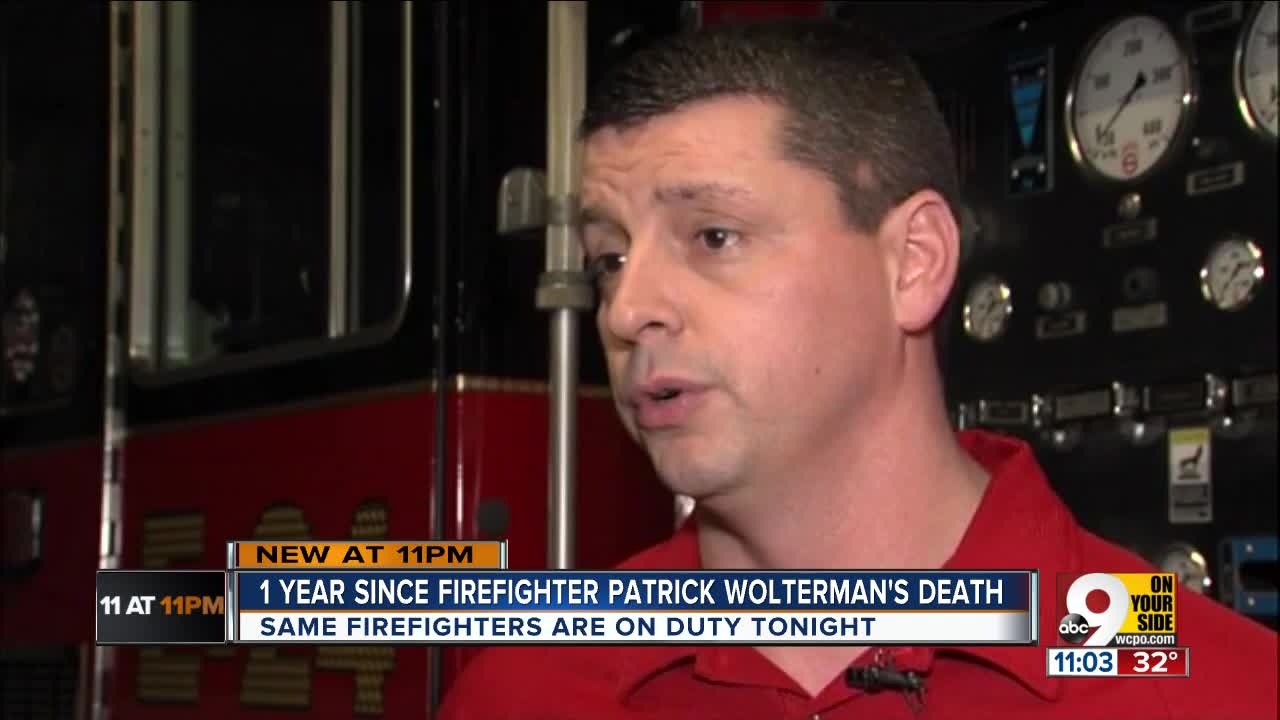 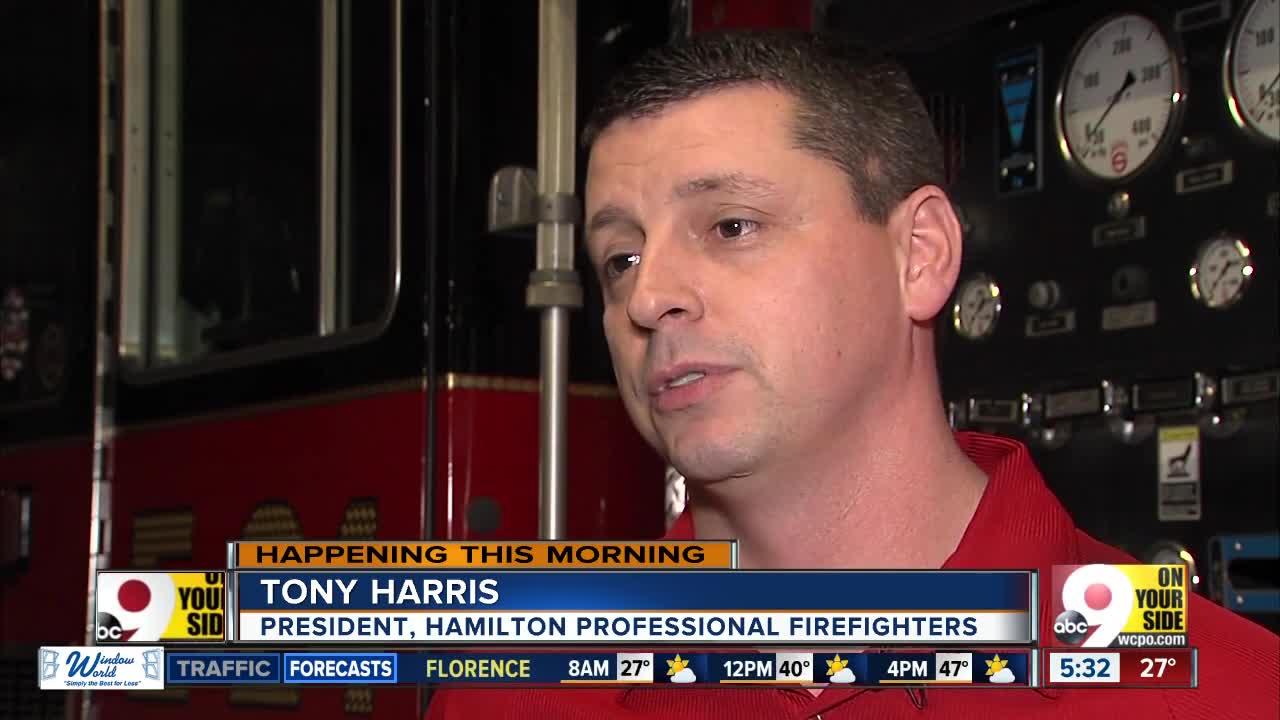 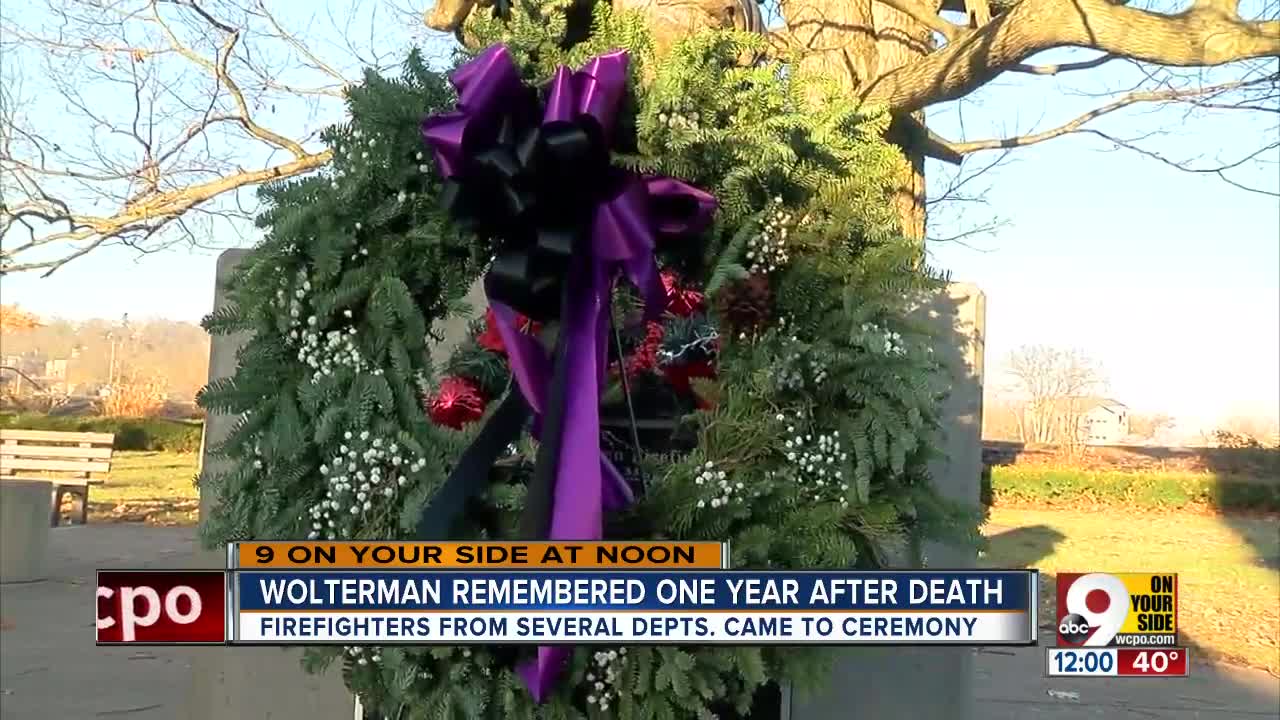 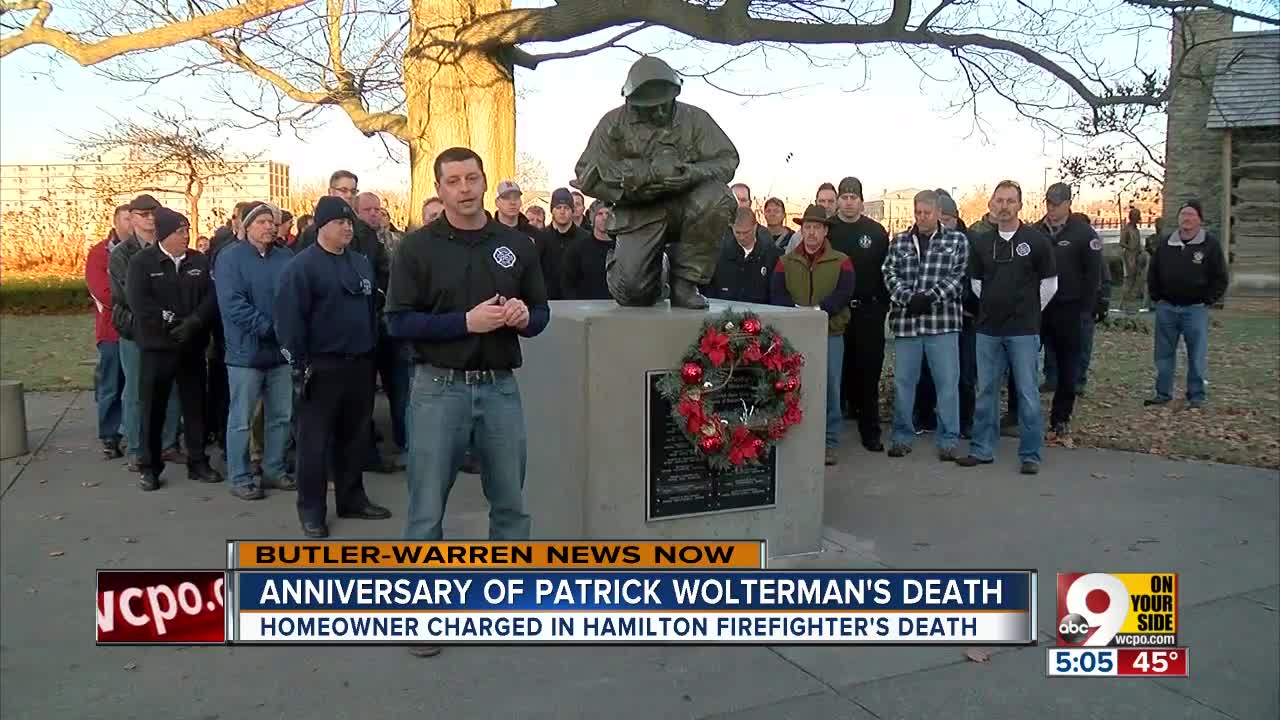 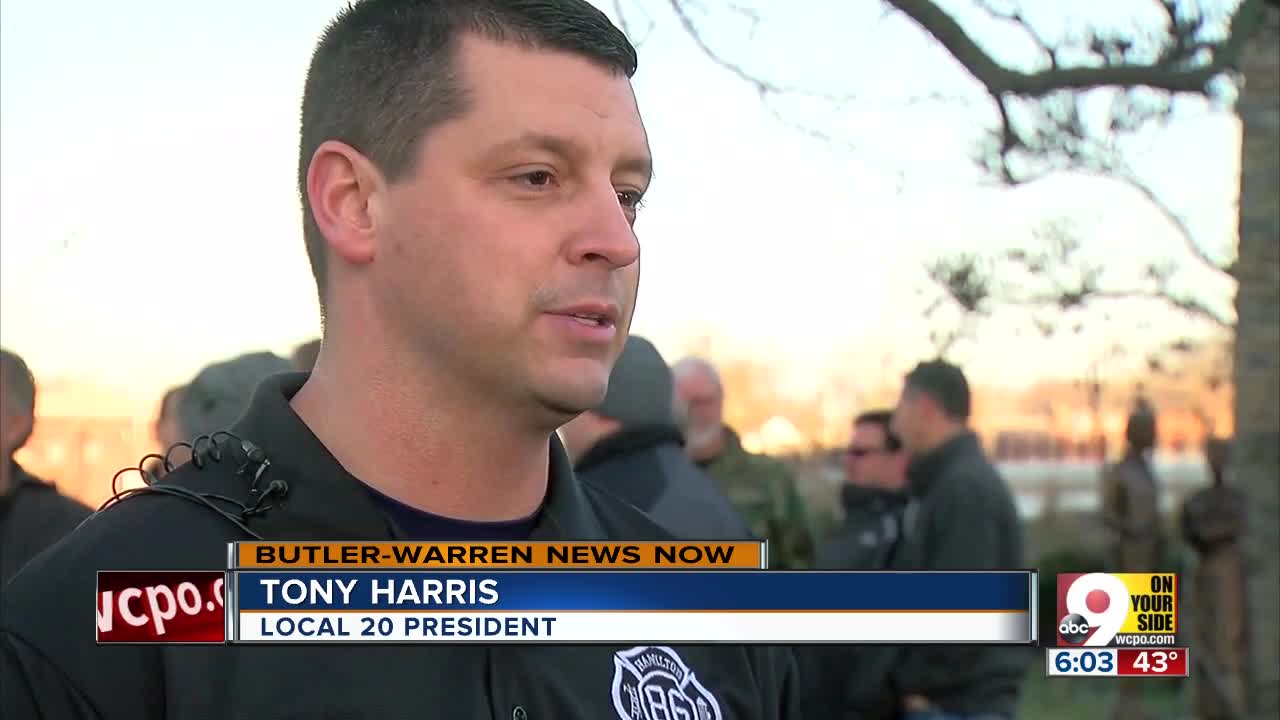 HAMILTON, Ohio -- Although charges have been filed against a suspect in connection with Hamilton firefighter Patrick Wolterman’s death and justice may soon be served, the loss still cuts deep for those who knew him -- and it made the night of Dec. 27 a long one for his former comrades in Battalion 20.

On Dec. 28, 2015, 28-year-old Wolterman responded to the scene of a house fire in which dispatch believed multiple residents were trapped. (In reality, no one was there. The homeowner and his wife were celebrating their anniversary in Las Vegas.) He fell through the first floor of the burning home and died of smoke inhalation while attempting to investigate.

Authorities later determined that the fire had been started deliberately, making Wolterman’s death a homicide. A memorial service for Wolterman was held at 8:30 a.m. Wednesday at the Butler County fallen firefighter memorial at the corner of South Monument and Court streets in Hamilton.

"A lot of (that night) is a blur," said Tony Harris, who was part of the fire crew that responded to the scene with Wolterman. "I guess I really don’t talk too much about it on camera because it was a tough night."

Lester Parker, the 66-year-old owner of the burning home, was charged with arson and murder in connection with Wolterman’s death Dec. 12. He pleaded not guilty to both charges and will stand trial Feb. 21.

Wolterman was a newlywed and a recent addition to the Hamilton Fire Department at the time of his death, having spent the previous seven years working at the Colerain Township and Fairfield Township Fire Departments before his transfer to Hamilton.

"You could just see it in his face that it was something he had worked very hard to get and was looking forward to a long career," Fairfield Township Fire Chief Tim Thomas said shortly after Wolterman’s death.

The crew that worked Tuesday night, including Harris, was the same one that accompanied him to the fire that killed him. Harris said he didn’t anticipate his colleagues getting much sleep that night as they contemplated the hole in their roster, but he was grateful for the support of the community after Wolterman’s death and the efforts of the police force in tracking down a suspect in his murder.

As for the case, the only thing Harris can do is wait for it to play out.

"We look forward to finding out why and who and how (of Wolterman's death)," he said.