Both men sentenced to life in prison 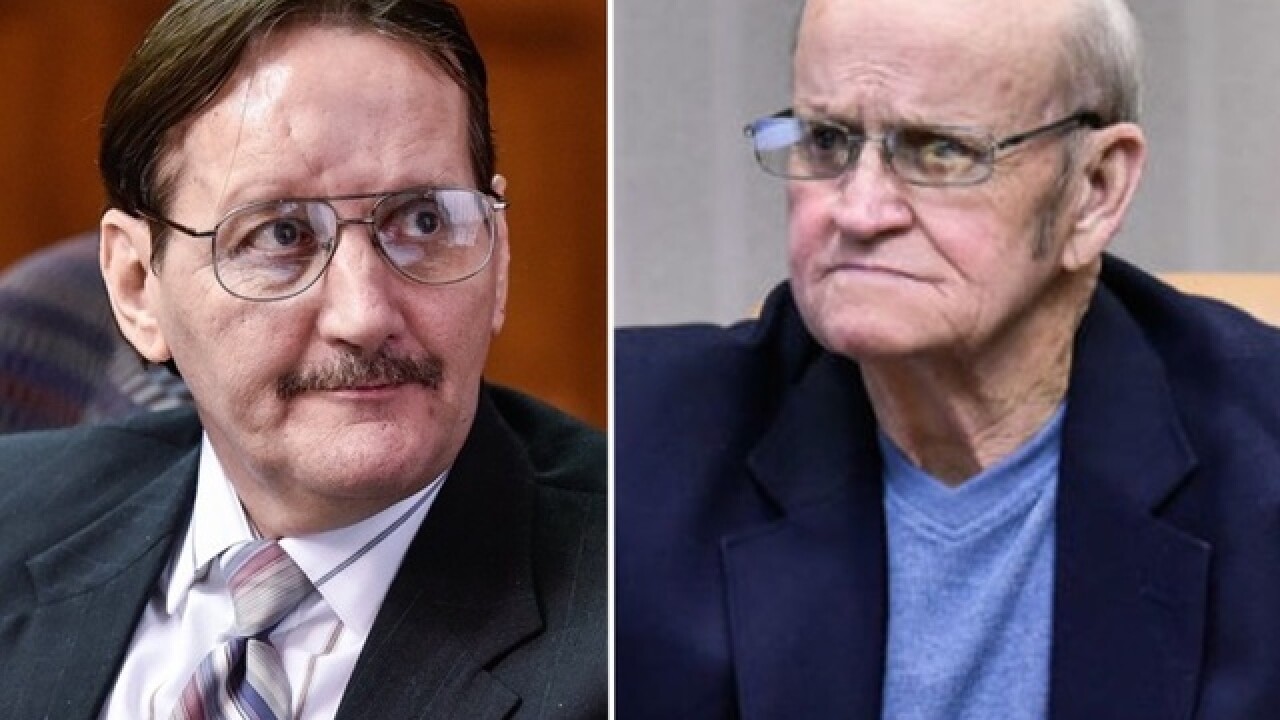 HAMILTON, Ohio -- A judge sentenced two men to life in prison for arson and murder in the death of Hamilton firefighter Patrick Wolterman.

Prosecutors claimed Lester Parker was strapped financially and hired his nephew, Billy Tucker, to set fire to his home so Parker could get insurance money. Wolterman died fighting the fire on Pater Avenue on Dec. 28, 2015.

After seven days of testimony, including both defendants, jury deliberations got under way about 4:30 p.m. Tuesday. Jurors met for about an hour Tuesday before the judge sent them home.

Parker, 67, and Tucker, 50, both denied any involvement in the deadly fire when they testified Monday in their own defense. Parker testified he moved items from his house to his garage to make room for a family gathering, not to spare them from the fire as the prosecution claimed.

Wolterman's widow asked the judge to impose the maximum sentence. The couple had been married just a few months and hadn't yet had children.

Parker and Tucker were sentenced to life in prison with the possibility of parole after 15 years.

Parker’s attorney, David Washington, said in a telephone interview after court that it was a “sad” day, and they plan to appeal the conviction.

Tucker’s attorney, Tamara Sack, told WCPO media partner the Journal-News that they respect the verdict. “It wasn’t an easy case by any means,” she said. A message seeking additional comment on whether Tucker plans to appeal was left at Sack’s office Wednesday.

Wolterman’s death marked the first time a Hamilton firefighter has died in the line of duty since 1971.

Lauren Pack from the Journal-News, as well as Associated Press reporters Lisa Cornwell and Dan Sewell, contributed to this report.