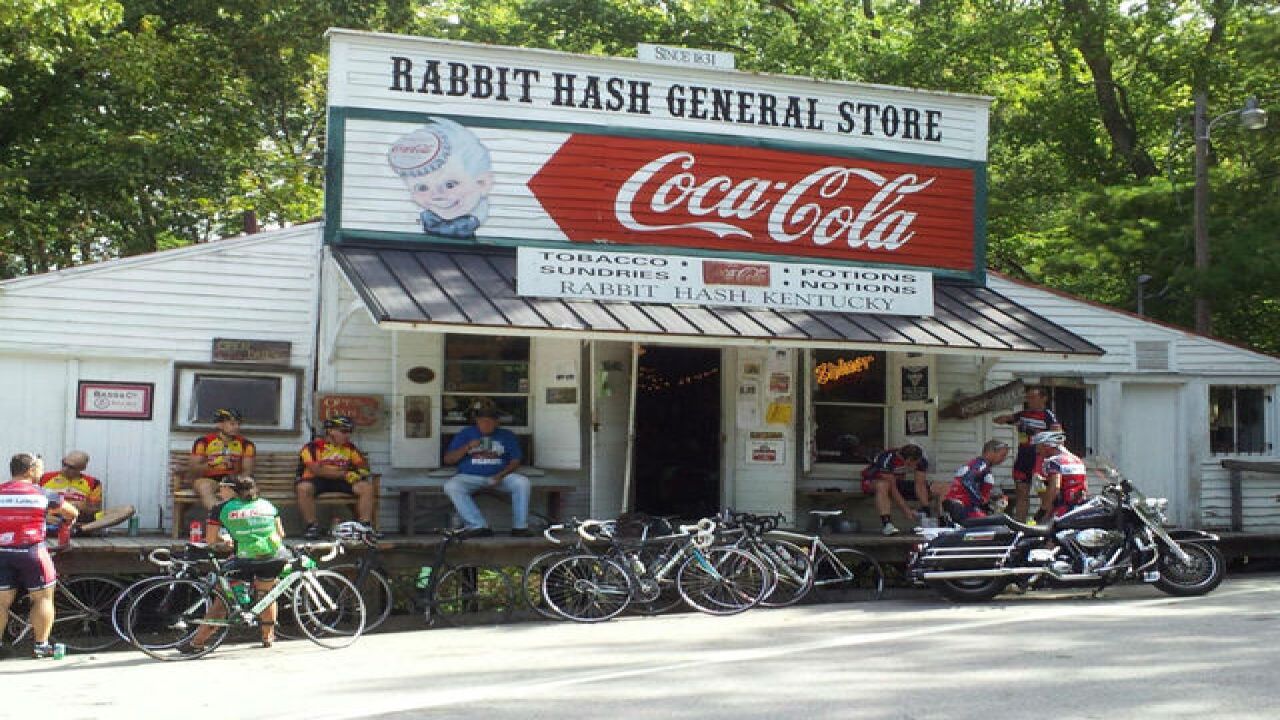 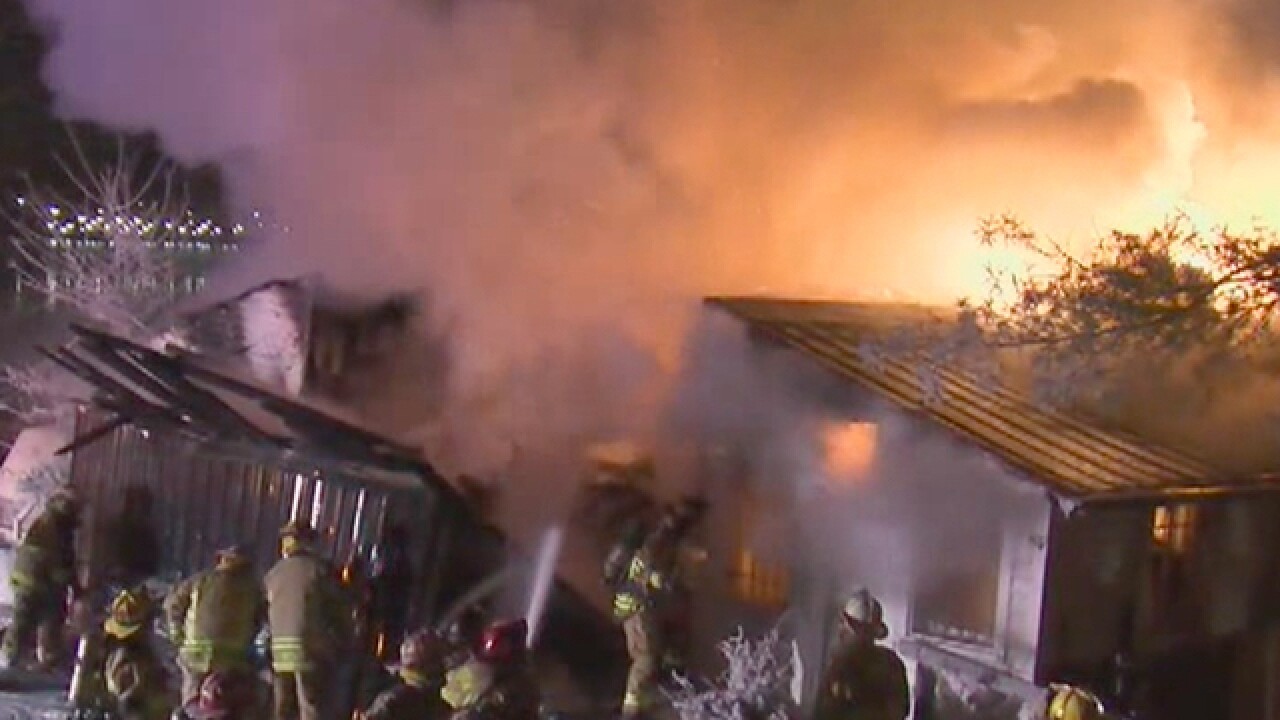 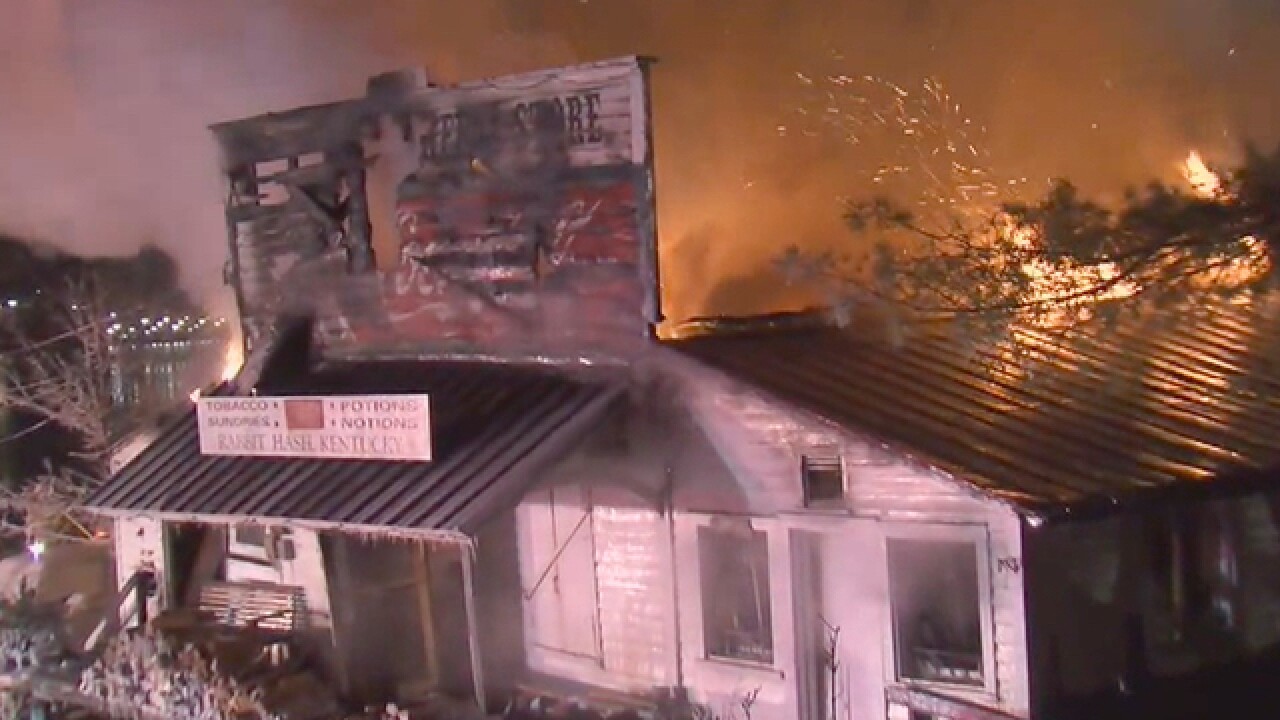 RABBIT HASH, Ky. –  An architect is already drawing up plans and work is already under way – proof that this tiny town is determined to rebuild its iconic Rabbit Hash General Store.

Less than 48 hours after a devastating fire destroyed the 185-year-old landmark, part of the familiar signage that hung on the storefront was recovered and moved to a nearby barn. The fire was ruled accidental.

Volunteers rummaged through the ruins to salvage whatever they could - pieces of furniture and even musical instruments from the concerts once held here. They're planning to hold concert there when it gets warmer.

Good news: The floor and supports were relatively untouched – an important factor in keeping the General Store's historic designation:

GoFundMe pledges have been coming in from around the world. Don Clare, president of the Rabbit Hash Historical Society, says insurance will only cover $60,000, so they're asking friends to donate. More than $40,000 has been pledged toward a $250,000 goal.

Terrie Markesbery, who ran the General Store, plans to run it again.

There's no timeline yet, Clare said, but Markesbery isn't waiting. She said she plans to open a temporary store in the barn in Rabbit Hash.

"We are going to start cleaning up, gathering old materials and rebuilding that store so we can all sleep again knowing there is a place to come to when you need to feed and soothe your soul," she posted on the GoFundMe page.

Markesbery said she was so devastated in the immediate aftermath of the fire she couldn't bear to look at the ruins right away. But she returned Monday, inspired by fond memories and support from the community.

"That old building meant so much to all of us," she said.

The General Store had hardly changed in nearly two centuries.

"It's more than a grocery store, right? It means so many different things to each different person," she said. "It just does something to your soul."

She remembered the store bell and waxed poetically about it on the GoFundMe page.

"The bell that rung every time someone opened the door sounds in the forefront of my mind. It reminds me of how many people are out there feeling a similar loss and sadness. It reminds me of how many lives the old store touched and how many people experienced the feeling of 'coming home' to Rabbit Hash. I know that that old building lived a long life but I also know that what it created was a mindful, loving community that can't sit by and just let this be the end."

Clare said "a new chapter of Rabbit Hash history has started and this fire is going to be a part of it."

The General Store was popular stop for Tri-Staters and tourists, bicyclists and motorcyclists, as well as residents. The small, unincorporated Boone County community along the Ohio River is known for its tradition of electing dogs as mayor.

A resident, Jeff Hansel, said the store also functioned as a social center that hosted concerts and annual events.

“It’s more or less the center of the whole town of Rabbit Hash," Hansel said. "It’s full of antiques, and there’s thousands of people who have some kind of connection to the Rabbit Hash General Store."

The store reportedly contained items dating back to the 19th century.

"It's a museum in many ways," Hansel said. "It's had something to do with almost everybody's life in this whole community for generations."

The fire was reported about 9 p.m. and flames burned quickly through the store as firefighters coped with a number of obstacles. The rural area does not have fire hydrants, and firefighters had to bring in water. The frigid cold, the terrain and the ice that formed from the water spray made it that much more difficult for five responding agencies to fight the fire.

Belleview-McVille Fire Chief Jeff Hermes quickly determined it was too dangerous to be on the inside, so firefighters took a defensive position outside the store.

Flames were already through the roof by the time they arrived, and the fire could be seen across the river in Rising Sun, Indiana. it took crews about three hours to knock down the fire.