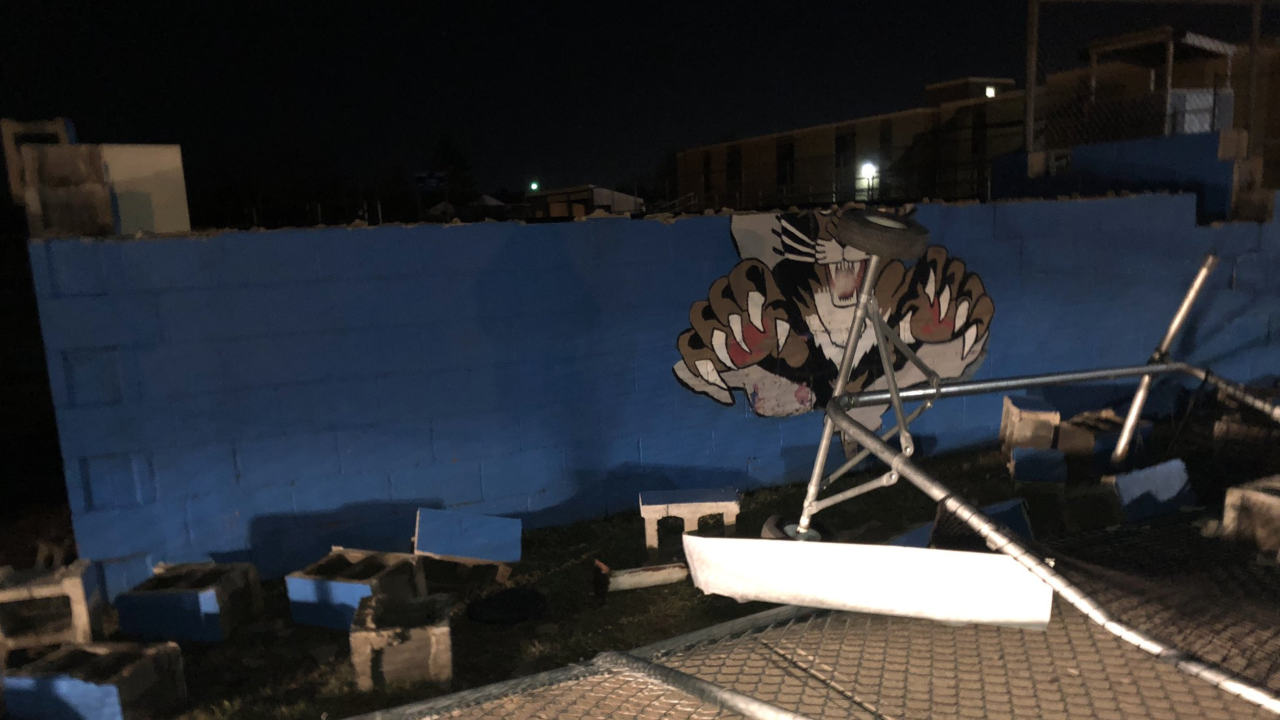 So what is a downburst?

It's a violent rush of air from the base of a thunderstorm cloud straight down to the ground.

The damage from a downburst is often easy to determine because it radiates out from a central point and the damage fans out from that point.

The National Weather Service worked with our team to look over the radar returns and wind speeds as the storm moved over Hebron and Conner High School at about 4:55 p.m. Thursday.

Here's a look at just the intensity of this storm. The area was under a severe thunderstorm warning.

By looking at the radar used at CVG for air traffic, the NWS was able to see a very clear picture of a downburst. While the actual wind speed cannot be deciphered due to it being lower than the radar beam, Meteorologist Seth Binau with the NWS says the downburst likely had winds between 60 to 70 mph.