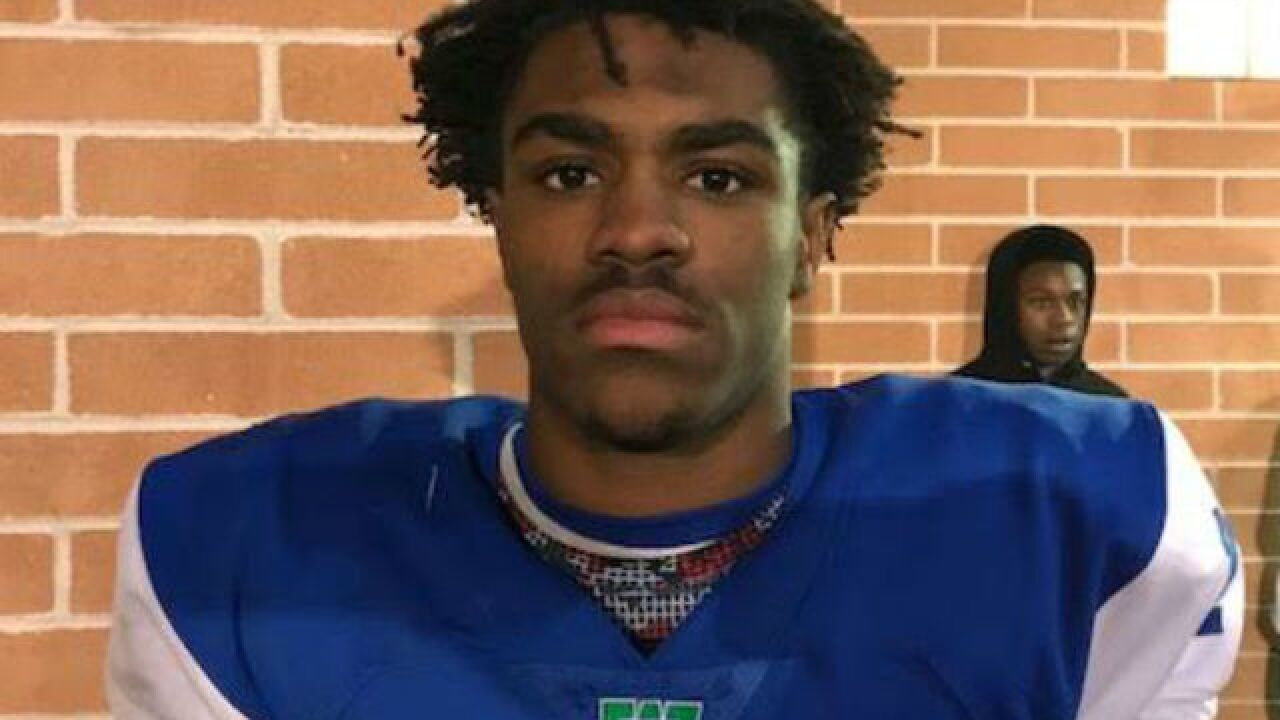 HAMILTON, Ohio – Demeer Blankumsee gave everything he had as a football player Friday night.

Blankumsee and Freeman grew up in Hamilton, attended Winton Woods Middle School together and knew each other most of their lives before she died in 2015.

“I just can’t let her down,” Blankumsee said after the regional semifinal win over Little Miami. “She would be out here if it was raining. If there was lava coming from the sky – she would be watching us play.”

The Winton Woods players remember Freeman before each practice with a saying or two in unison. Many of the players will wear purple or pink in her honor, according to Winton Woods Athletic Director David Lumpkin.

The Warriors (11-1) were locked in Friday night with a strong focus. So was Blankumsee. He had three receptions for 139 yards and two touchdowns. That included 47- and 45-yard touchdown receptions in the first quarter.

Blankumsee thought it was going to rain so he was prepared to block. But, when Warriors coach Andre Parker called his No. 1 he was ready.

Parker said Friday night was Blankumsee’s time to shine on a team filled with multiple standouts. Parker was very proud of his player's effort.

Blankumsee has 24 receptions for 453 yards and five touchdowns this season.

Winton Woods, the 2017 Division II state runner-up, has been determined to return to Canton this season for the state final.

The Warriors’ mindset is one week at a time as senior linebacker Jalen Engleman (seven tackles Friday) tweeted Saturday morning.

Winton Woods plays Anderson (9-3) in the regional final at 7 p.m. Nov. 16 at a location to be determined.

Even if the weather continues to be brisk, the Warriors won’t mind. Their mission is clear.

“Our biggest key was stay focused,” Blankumsee said. “Every day at practice it’s cold. Every day the coaches would be like: ‘It’s a hot day on the beach.’ We can’t wear long sleeves. We’re used to this. We can do this.”