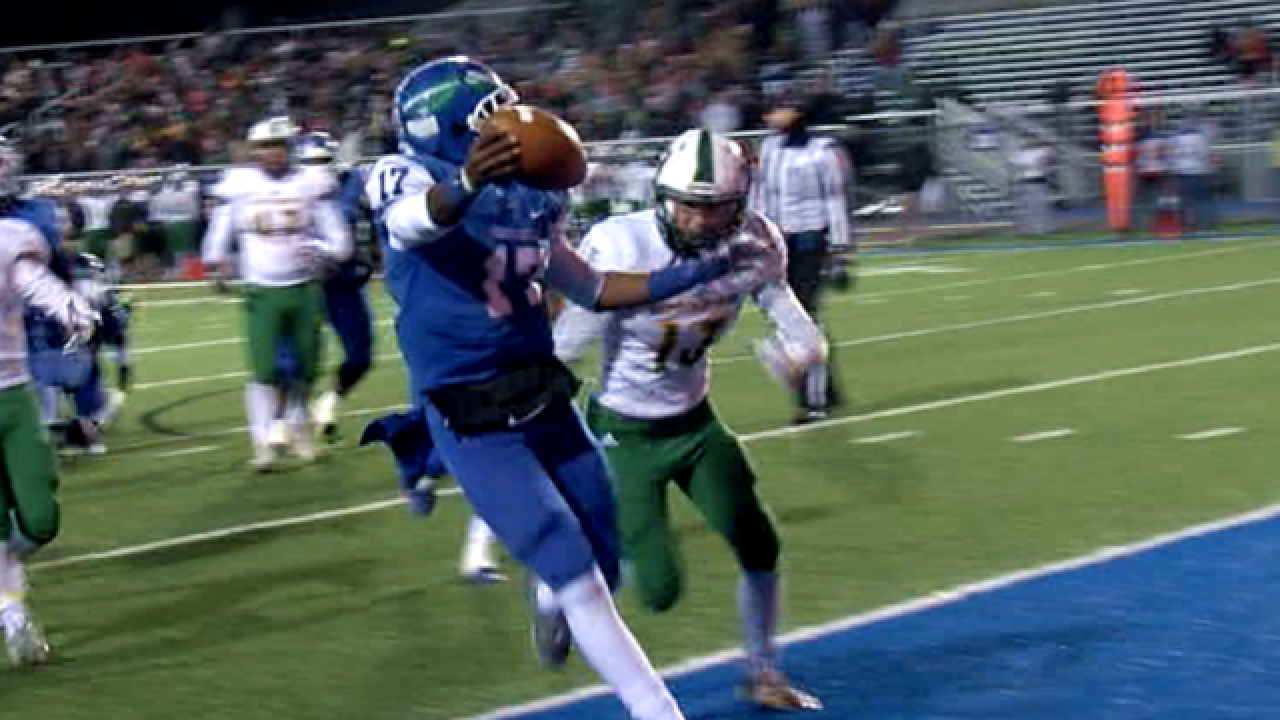 HAMILTON, Ohio -- The Winton Woods Warriors are in the Division II regional final for a second straight season.

"We cherish that," coach Andre Parker said Friday night. "That is nothing to sneeze at. That's something we work very, very hard to accomplish."

Winton Woods had 408 yards of total offense in a 38-12 win over Little Miami in a Division II, Region 8 semifinal Friday night at Hamilton High School's Virgil M. Schwarm Stadium. The team (11-1) advances to play Anderson (9-3) in the regional final at 7 p.m. Nov. 16 at a location to be determined.

A week after rallying to defeat Lewis Center Olentangy 49-42, the Warriors didn't leave anything to chance. They led 31-0 at halftime Friday and started the third quarter with a running clock.

"I thought in the first half we put it together pretty well," Parker said. "I thought we had a great week of practice. I think this last week was kind of a wake-up call for us."

Junior wide receiver Demeer Blankumsee scored on two touchdown receptions (47 and 45 yards) in the first quarter. He had three receptions for 139 yards.

Junior running back Miyan Williams had 15 carries for 160 yards, including a 54-yard touchdown run in the third quarter. Williams, who had 430 yards last week, has rushed for 2,572 yards and 33 touchdowns this season.

Winton Woods junior linebacker Kenneth Brooks also scored on a pick-six to put the Warriors ahead early in the first quarter.

The Warriors went ahead 28-0 early in the second quarter after sophomore quarterback Mi'chale Wingfield scored on a 12-yard run that completed a seven-play, 80-yard drive.

Winton Woods went ahead 31-0 on a 22-yard field goal from senior kicker Yeri Velasquez with five seconds left in the first half.

Defensively, senior linebacker Jalen Engleman had a team-high seven tackles in the first half and finished with that stat line for the game.

Little Miami coach Nate Mahon hugged his players on the field after the game and shed tears when speaking about his team.

"I'm emotional because I am so damn proud of them," Mahon said.

Mahon said the team made many excellent memories this season, but the playoff win over Edgewood last week is what he will remember the most.

"As a program, we had never beaten Edgewood before, so that meant a lot," Mahon said. "It was extra special."