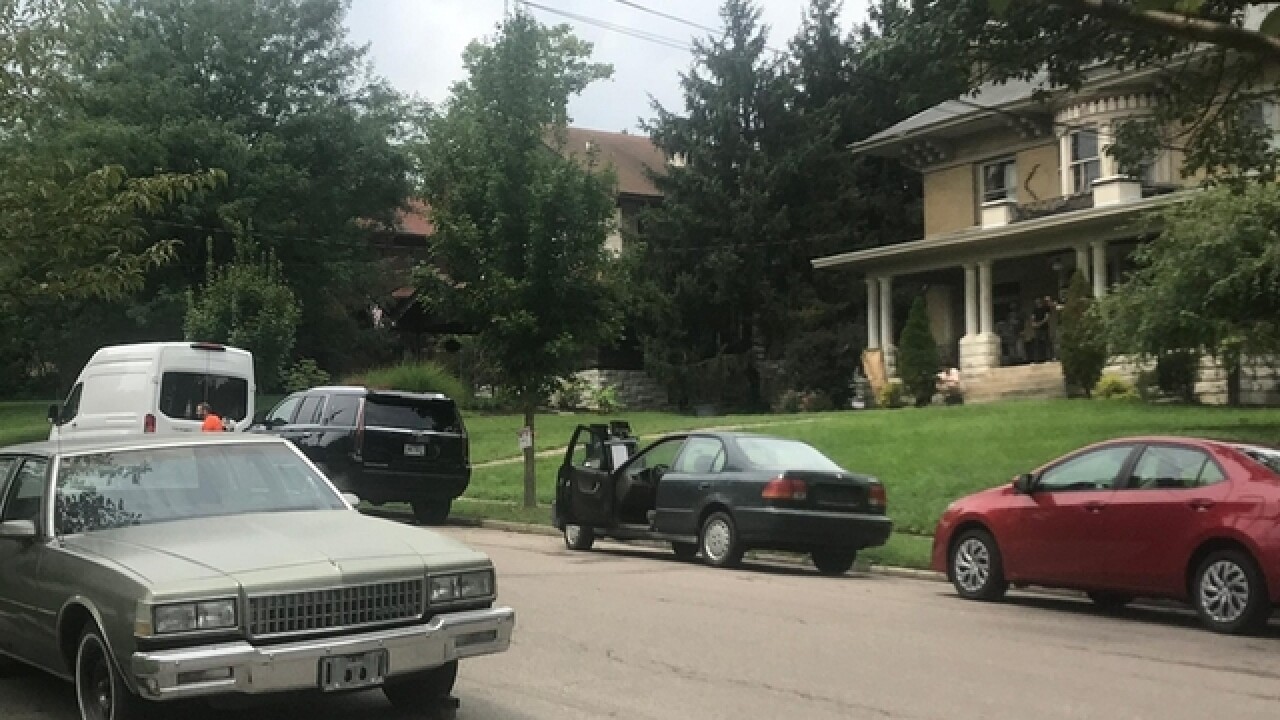 Copyright 2018 Scripps Media, Inc. All rights reserved. This material may not be published, broadcast, rewritten, or redistributed.
<p>Film crews set up outside of a home on Lenox Place in North Avondale. The movie is one of many locations that will appear in the Netflix original movie "Point Blank" that began filming Monday in Cincinnati.</p> 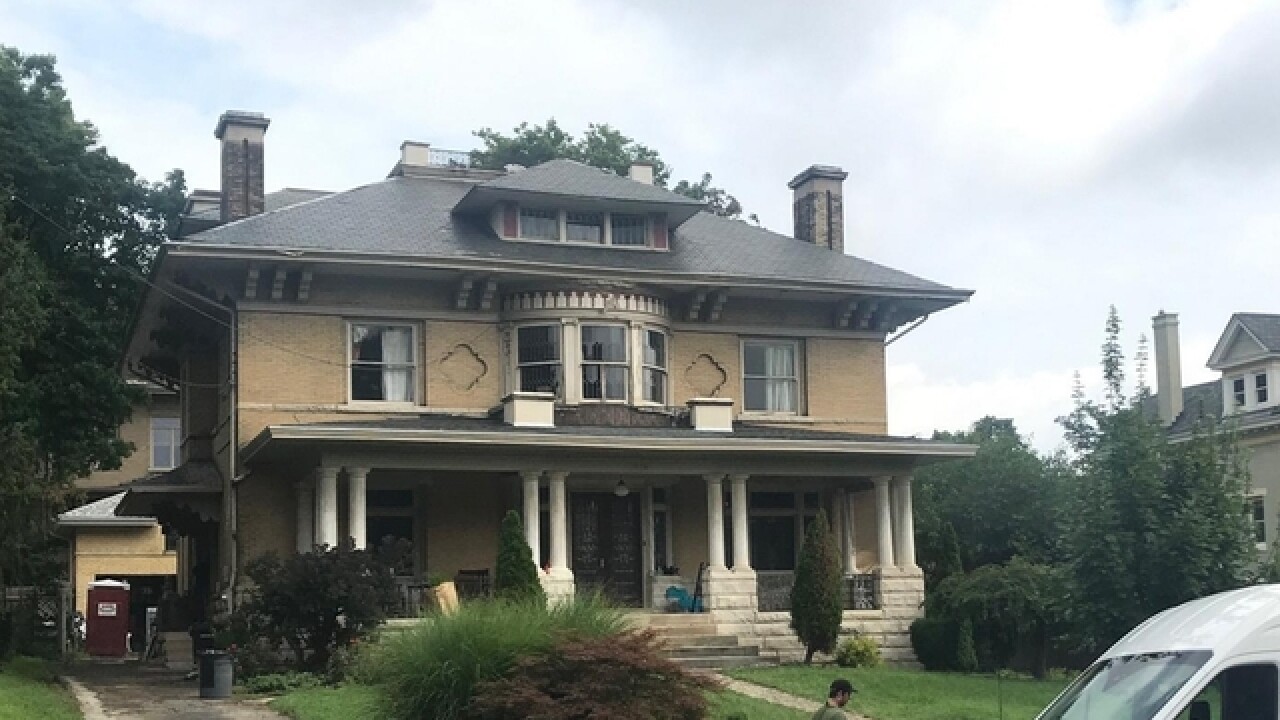 CINCINNATI – Allison Harten hoped she would get to keep some of the decor crews left behind Wednesday after they finished filming scenes for Netflix original movie "Point Blank" inside her North Avondale home.

Unfortunately, she doesn't foresee that happening.

"My taste in decor and that of a mob boss from the 1970s is not the same," she said jokingly.

"Point Blank" began filming in Cincinnati on Monday. The movie tells the story of Paul, an emergency room nurse, and Abe, a criminal, who are forced to work together to save Paul's pregnant wife after she is kidnapped by gangsters. The story is set in Cincinnati, according to Queen City native Johanna Byer, the film's producer and vice president of US Films for Gaumont.

Harten's husband, Chris, said location scouts for "Point Blank" contacted him weeks ago after spotting a for-rent sign on another property he and his wife own. When that property didn't fit the filmmakers' vision for the movie, the Hartens offered the house next to where they currently live on Lenox Place.

RELATED: What 'Point Blank' filming means for noise, traffic in some Cincinnati neighborhoods

The couple purchased that house in December with plans to remodel and move into it.

"They called me looking for a big, urban house with some character," Chris Harten said. "Since I was working on this one, I said sure."

The filmmakers asked the Hartens to not share or allow anyone else to take pictures or videos from inside the house until production on the movie was complete. Producers hope to release "Point Blank" by early next year on Netflix.

Chris Harten said the house, like most of the others that line Lenox Place, looks like a historic set piece.

The two-story, 4,591-square-foot house was built in 1900, according to the Hamilton County Auditor's website. It contains 13 rooms, a large second-story bay window and a white-columned front porch.

The house has sat empty for a while, and the exterior definitely needs some tender, loving care, Chris Harten said. The worn look gave the place the perfect feel for a gangster's mansion, he added.

Production crews spent the week before filming transforming the inside of the empty house.

"I can't imagine doing that in a house while people lived there," Chris Harten said.

The Hartens said the movie's production company will either restore or reimburse them for the cost of restoring the home's interior to its original condition once their work is complete.

Allison Harten added any inconvenience from having film crews working next door for a week was minor compared to the fun she and her family experienced while watching a movie being made.

"I don't mind my house being in a movie, just not myself," she said.

"The only other time I saw something like this was when I was 10," he said. "I watched as they filmed a Skyline Chili commercial near my parents' house."

"Film Cincinnati loves helping filmmakers explore and scout our region," she said. "We also love creating opportunities for the community to participate in the process of filmmaking. We act as a conduit for both parties. We have tremendous period architecture, wonderful neighborhoods, interesting high schools and churches -- the list goes on. When you are able to marry the resources with film-friendly homeowners or property managers, it makes a magical backdrop and experience for all."