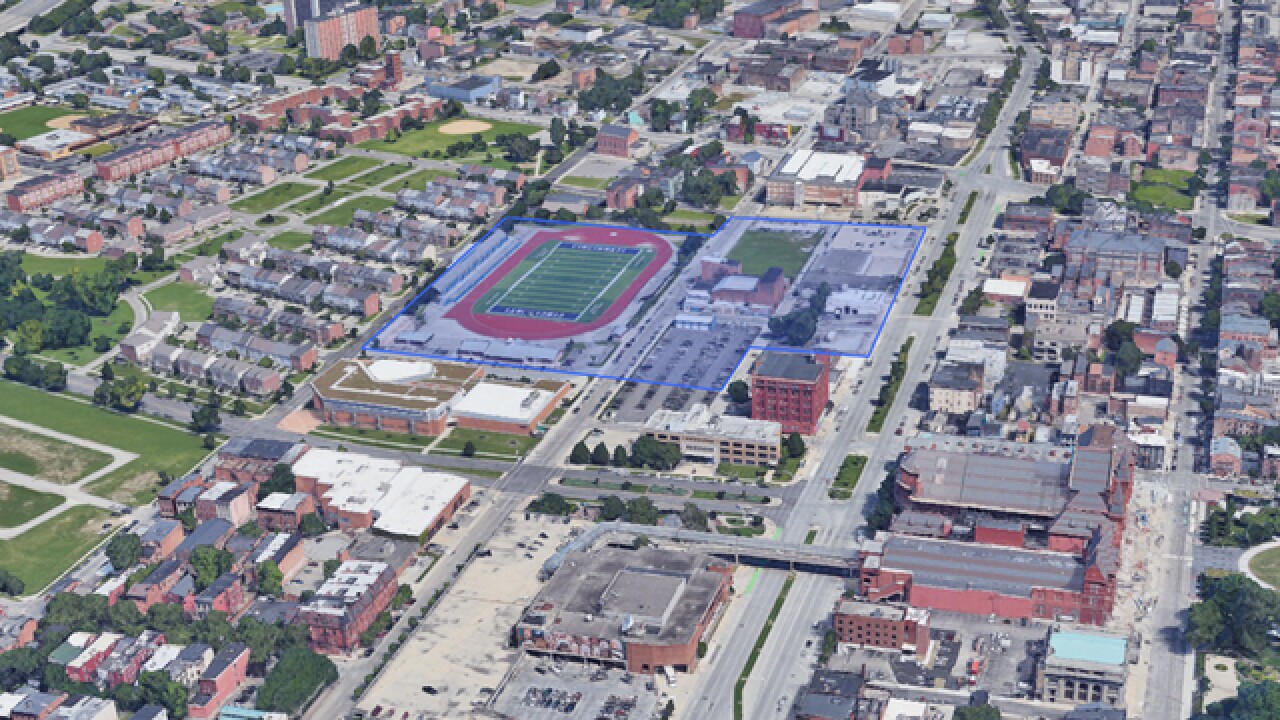 CINCINNATI -- The word "community" came up a lot during Friday morning's press conference when FC Cincinnati leadership introduced the team that will design and build the club's new stadium in the West End.

"We want a stadium design that reflects where our community is headed," FC Cincinnati CEO and President Jeff Berding said.

And while Berding and his team outlined a futuristic vision for the world's next professional soccer stadium, some living just a few blocks away in Over-the-Rhine have concerns similar to those of their neighbors in West End .

"We had some meaningful things that we could offer when it came to things like parking, traffic flow, noise, light abatement and construction disruption," said Mark Manley. Manley leads Neighbors United, a group of Over-the-Rhine residents working to engage the soccer club as it plans for its new home.

The stadium site will sit directly adjacent to Central Parkway, on West End's eastern edge, which means its impact will extend beyond the neighborhood's borders.

Like his counterparts in West End, Wagoner is worried especially about the impact on parking.

"They talk more about people parking at the Banks or down at Fountain Square, Washington Park and commuting on the streetcar or walking," Wagoner told WCPO. "Our neighborhood is in closer proximity to this stadium than those places, and they're going to park as close to the stadium as they can.

Affordable housing was also a concern for Wagoner.

"In our neighborhood, we've experienced gentrification from the revitalization in our community -- how some people got pushed out. So affordable housing was a big concern for us," he said.

Manley shares Wagoner's concerns and said he wants to work with the club to make sure the neighborhood's voice is heard.

"So far, the complete focus has been on the West End," Manley said. "I understood completely that that had to happen to get the city's money. Going forward, the focus should be on people living close to the stadium."

For Manley -- a fan of the club's -- the stadium brings potential, as long as OTR residents are involved.

"I'm a day-one FCC season-ticket holder, but quite frankly that's all the more reason I want to make sure this thing works -- not just for the team, but for the residents who live nearby," he said.

Although the OTR Community Council was involved in discussions about the city's community benefits agreement with the team, the city only had an obligation to make a formal agreement with West End leaders, according to City Councilman David Mann.

Mann spearheaded much of the negotiations between the city and the soccer club.

"There was a lot of pushback from the West End, and OTR interests and needs were different," Mann said. "From the standpoint of the West End on one hand and OTR on the other, because of what's happened over the last 10 years, OTR is different."

An agreement is in the works with OTR leadership, though, Mann said.

In a statement to WCPO, FC Cincinnati spokeswoman Anne Sesler said the team is working to "facilitate ongoing dialogue" with the neighborhood and pointed to the community's seat on the stadium's 17-member advisory board, which was established by the city's agreement with West End and the team.

"FCC has also had discussions with and shared a draft agreement with the OTR Community Council to address quality-of-life issues like parking and traffic and looks forward to continuing those discussions," Sesler said.

The team has until the end of the year to include OTR in their planning for the stadium, team officials announced Friday. Construction is set to begin by 2019.