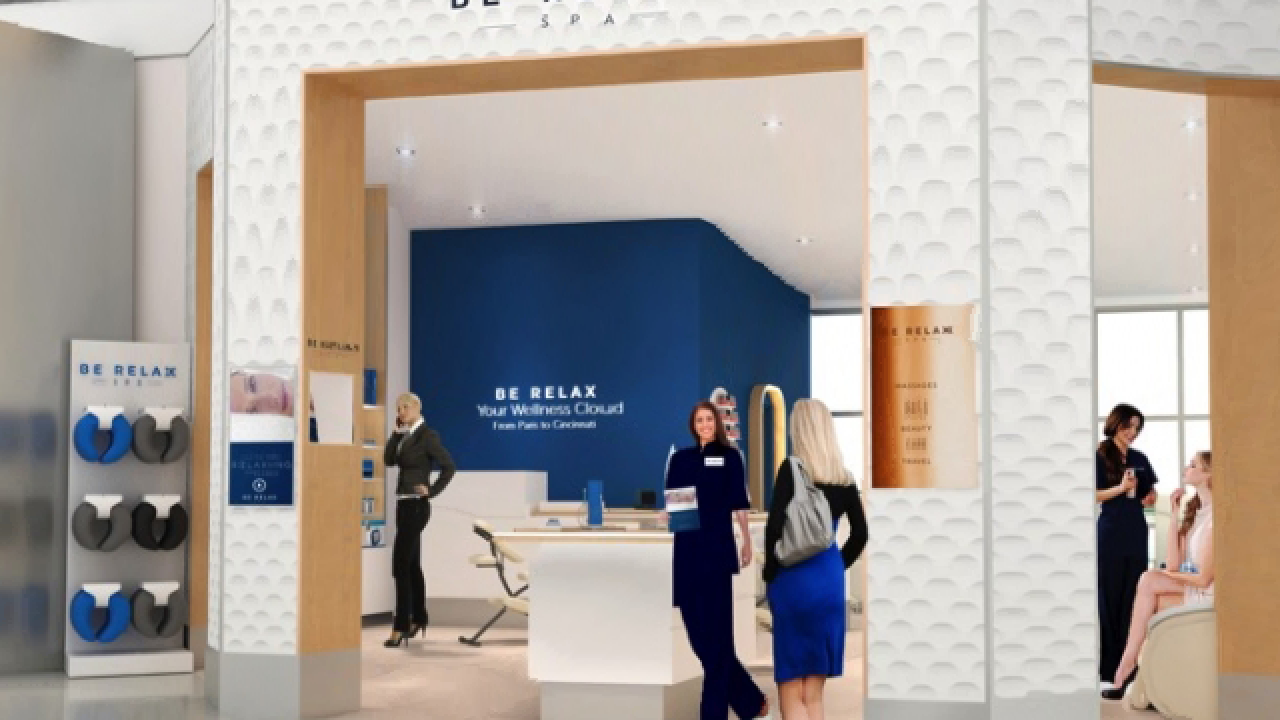 Copyright 2018 Scripps Media, Inc. All rights reserved. This material may not be published, broadcast, rewritten, or redistributed.
<p>Be Relax will open two new spa locations in Concourses A and B at CVG in 2019. Photo provided</p>

HEBRON, Ky. – Stressed out travelers looking to relax will have two new options at the Cincinnati/Northern Kentucky International Airport starting next year – as airport officials look to debut a host of upgraded retail concession options for guests amid increased passenger growth.

Be Relax , an international spa provider that specializes in airports, will open storefronts in Concourses A and B, offering massage services, manicures, pedicures, waxing and oxygen rejuvenation. It will also sell various products on site.

The new service – expected to open in the third quarter of 2019 – will replace Massage Bar, which operated at CVG for five years. That company's contract recently expired, and the airport issued a new RFP, or request for proposals, in May.

CVG spokeswoman Mindy Kershner said officials decided that a concept "inclusive of massage therapy, manicures, pedicures and other amenities found in a full-service spa would be (more) beneficial to passengers." Be Relax, the only bidder, expects sales to top $3.4 million for the term of its contract, which is eight years. CVG will receive a minimum annual guarantee in rent of $18,000.

CVG will be its smallest domestic market.

While Be Relax stands as the airport's only massage and spa service, it's just one of many new amenities now pending for passengers. CVG also inked two new retail packages with Paradies Lagardère, an airport concessionaire, to reopen or rebrand 16 retail shops.

The concepts will offer grab-and-go food options, magazine and book sales as well as apparel and souvenirs, much like CVG's current offering. But the new stores will "elevate the customer experience" while adding "local flair," McGraw said.

The Paradies concepts include:

“We’re confident that the retail program…will offer travelers an enhanced customer experience unlike any other,” Gregg Paradies, president and CEO of Paradies Lagardère, said in a release.

"Starting Jan. 1, they'll start construction on four of the 16 units that they were awarded," he said. "We'll see about four stores under construction each quarter (until work is done)."

CVG - in May, June and July - broke all-time records for local passengers served . It's considered the fastest growing airport in the U.S.