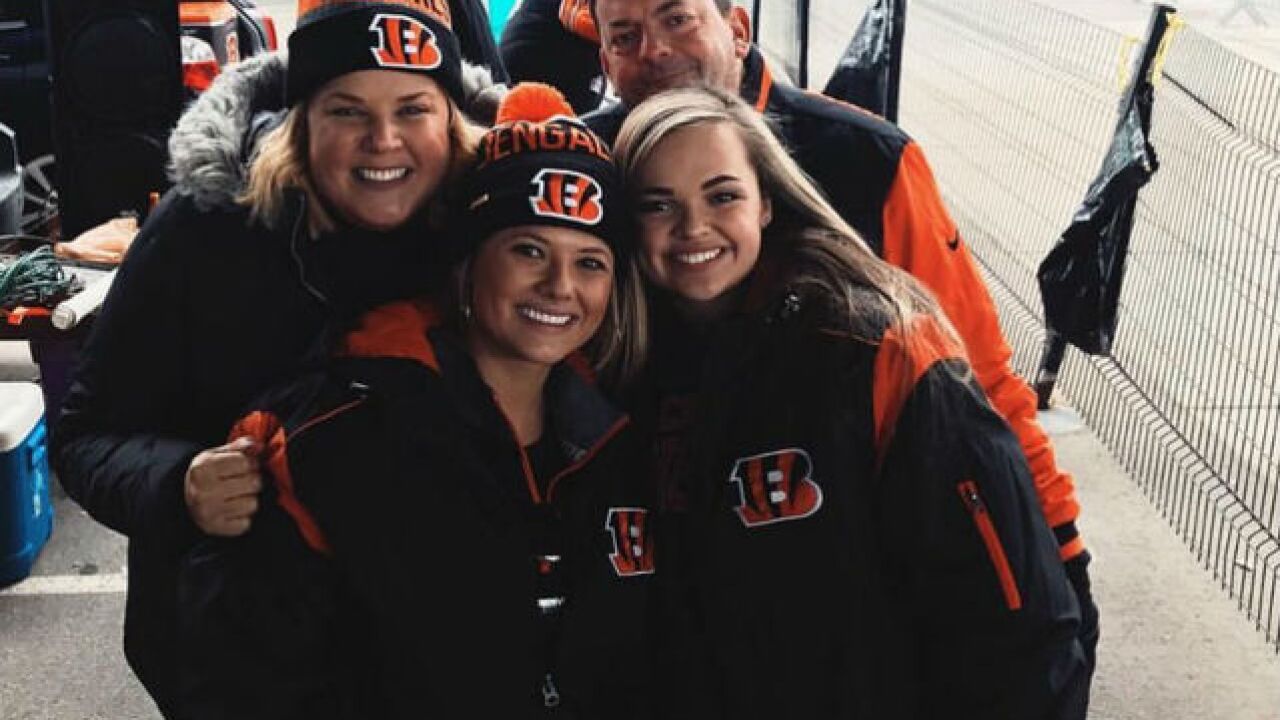 Copyright 2018 Scripps Media, Inc. All rights reserved. This material may not be published, broadcast, rewritten, or redistributed.
<p>Kelli Lepof and her husband, Matt, with their daughters Lexi and Gabi, are strong supporters of the Cincinnati Bengals. So when rookie defensive end Sam Hubbard provided an inspirational message for Kelli this morning, it made a significant impact for the family as it continues to support Kelli and her battle with Non-Hodgkins lymphoma. (Provided photo)</p> 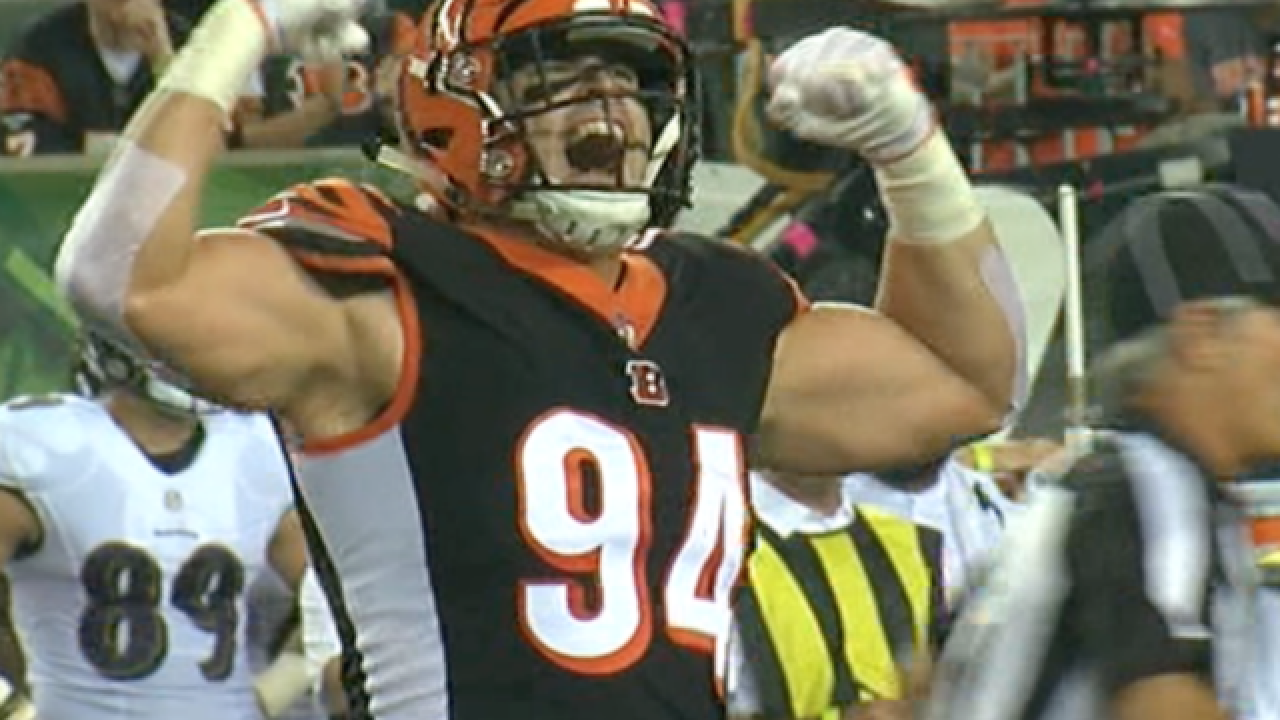 Lepof was in the Student Council Executive Board with five other students and two advisors when she received a video clip in a group text to her phone from her father, Matt.

The video clip was an inspirational message from Bengals defensive lineman Sam Hubbard and Carlos Dunlap this morning from the Paul Brown Stadium locker room. The players wished a speedy recovery for non-Hodgkins lymphoma patient Kelli Lepof, who is Matt's wife and Lexi's mother.

Thank you so much to the @Bengals D-line for this video!! It means so much to my Mom and our family! WHO DEY!!!🧡🏈🖤 @Sam_Hubbard_ @Carlos_Dunlap pic.twitter.com/xlbbEdFAPF

"I absolutely freaked out," Lexi told WCPO this afternoon. "(The Student Council Executive Board) witnessed me freak out and nearly cry."

Kelli is in her second week at Jewish Hospital in Kenwood after receiving a stem cell transplant. She was diagnosed with non-Hodgkin's lymphoma this past spring after having it two years ago before it went into remission.

When Lexi saw the video clip and shared it on social media, she was on cloud nine.

"I absolutely love Sam Hubbard," Lexi said. "He is from Cincinnati. I love the Ohio State Buckeyes. My sister goes to school there. I just applied to school there. So I have always loved him."

The Lepof family, which lives in Bridgetown, has had Bengals season tickets since 2009 and ardently supports the team. Lexi's sister, Gabi, is an Ohio State sophomore and Oak Hills graduate.

"We're the biggest Bengals fans ever," Lexi said. The Lepof family lives in Bridgetown and is neighbors with sports performance consultant Ted Lambrinides, who has known Hubbard since the Bengals rookie played at Moeller and later at Ohio State.

Matt Lepof said Hubbard, a 2014 Moeller graduate, didn't have to record the message at all. He is thankful for the encouraging words. He will share in that joyful message later tonight when he visits Kelli in the hospital.

"(Hubbard) is a stand-up," Matt said. "He seems like a great guy. If you could hear the spark in my wife's voice who has been down in the dumps because she has been (in the hospital) two weeks," Matt said. "I wish he could've seen the look on her face."

Lexi, who has a 3.93 grade-point average, is an Oakette on the Oak Hills varsity dance team along with being on student council and being a class officer. She is also in National Honor Society, National Art Society and the art club at school. She took part in the Greater Miami Conference Leadership Summit two weeks ago.

Lexi admits it's a long drive to visit her mother in Kenwood, but the family is making the best of the situation and hopes she will return home soon.

Matt also credited the Oak Hills teachers and students for being supportive of Lexi during this difficult time. Classmates have made posters for Kelli to have in the hospital.

Dennis Martin, an Oak Hills math teacher and the co-advisor for the student council, has helped Lexi with her college application and math homework. Other teachers have also been flexible in helping Lexi with her her studies.

"The school has been excellent," Matt said.

Lexi would like to study psychology in college and help others the way she is being aided during this time.

"It hasn't been easy but with everyone being so supportive it's made me maintain how I am doing in school," Lexi said.