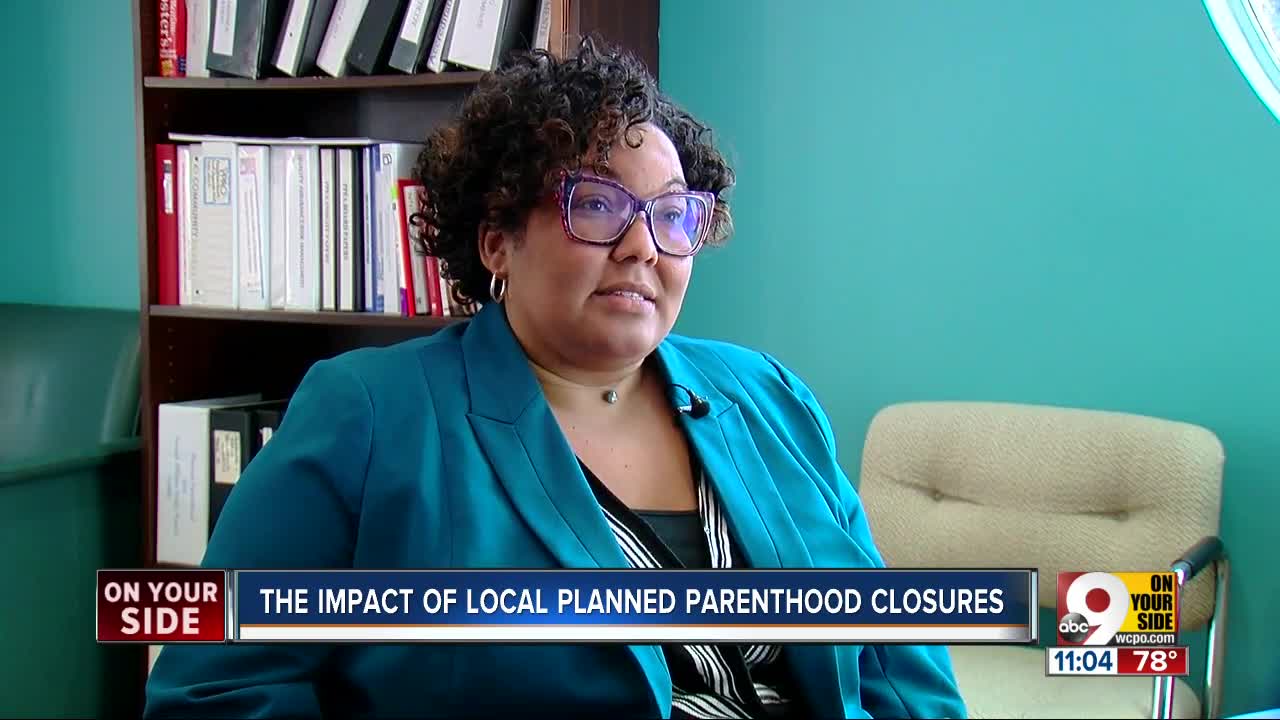 "We're relieved," Wittman, the executive director of Cincinnati Right to Life, said Tuesday. "We're so relieved that's what happening is we're seeing the fruits of our labor."

She and other anti-abortion advocates with Right to Life protest, pray and back conservative political candidates as they chase their long-term goals: The reversal of Roe v. Wade, the landmark Supreme Court case guaranteeing American women’s right to abortion, and the elimination of health organizations that provide abortions to their patients.

"Our goal is to first and foremost take away our taxpayer funding of Planned Parenthood,” she said. “As taxpayers, we have the right to say we do or do not want our taxpayer dollars to go toward something that we have a moral objection to."

Right to Life opposes all abortion, including in pregnancies that result from rape or incest. Organizations like it have demanded for years that government health programs withdraw all funding from health care organizations that provide abortions, Planned Parenthood prominent among them.

None of it would ever have paid for actual abortions to be performed — using government funding for abortion services has been illegal since the 1977 enactment of the Hyde Amendment.

Planned Parenthood Southwest Ohio CEO Kersha Deibel said it also harmed their ability to care for thousands of low-income patients who might not be able to afford any reproductive health services without Planned Parenthood in their communities — and Planned Parenthood will be harder-pressed to cover their care without those government subsidies.

Planned Parenthood Southwest Ohio is calling those patients to let them know, she said. It’s sending letters directing them toward other places they can receive similar care, including other Planned Parenthood centers and entirely separate health care resources. Still, she said, the two closures could create real barriers for patients without access to convenient transportation.

“At the end of the day, we want to ensure that patients can get the quality care that they need no matter what,” she said. “Unfortunately, for some of these patients, a 20-minute trip … to our Western Hills location, for instance, now potentially could turn into an hour-long trip.”

Caroline Lembright has been a Planned Parenthood patient for two years, she said Tuesday. She described news of the closures as confusing and frustrating.

"For me and my friends and my community, people that I know that go to Planned Parenthood, this was really devastating news,” she said.

Lembright first went to Planned Parenthood’s Mount Auburn health center in search of a prescription for birth control that wouldn’t aggravate her endometriosis, she said. On the wrong medication, her long, painful periods included pain that lingered throughout the month and forced her to cancel things she wanted to do.

“When I went to Planned Parenthood, I finally got into a birth control that worked for me,” she said. “I have way less pain. It's actually manageable now. I'm not missing as many activities as I was before to stay home from things. It's helped me better live my daily life."

She relies on the center for quick, affordable appointments, she said. So do many other women she knows.

Wittman argued that women seeking low-cost reproductive health care have other options that retain government funding. Planned Parenthood could be one of them if it stopped provided abortion, she said.

"If Planned Parenthood wanted the federal funding they could have financially and physically separated their abortion business from the rest of their health care business,” she said.

It won’t, Deibel said. Despite recent challenges, she plans for her 90-year-old organization to exist for another 90.

"We're going to do everything we can to reassure our patients that we will be here for them and that we are currently here for them,” she said.

And Lembright will continue making appointments at the Mount Auburn center and volunteering for Planned Parenthood, which she said made a significant difference in her life.

"People deserve affordable, accessible healthcare in their community,” she said. “And that's what's being taken away. And if that's a victory, I find that really sad.”