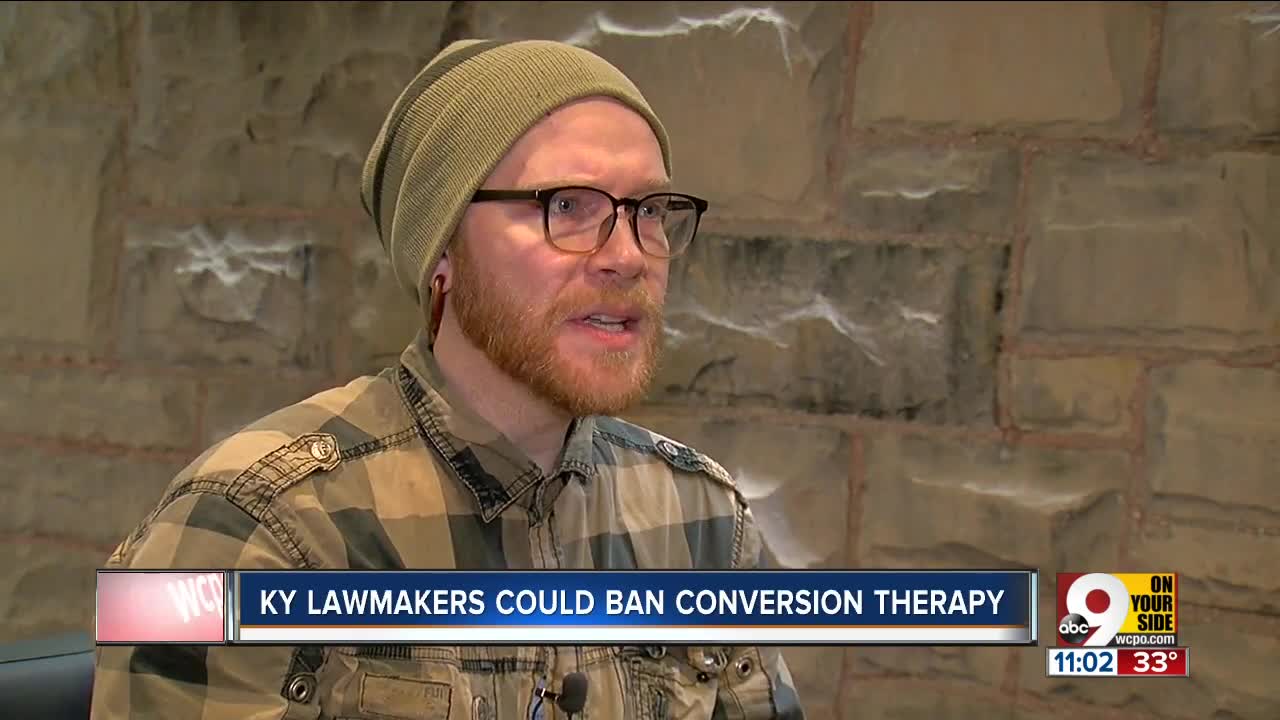 A pair of anti-discrimination bills in the Kentucky legislature would outlaw the medically discredited practice of “conversion therapy” — religiously motivated counseling meant to “convert” gay people to heterosexuality — statewide.

A pair of anti-discrimination bills in the Kentucky legislature would outlaw the medically discredited practice of “conversion therapy” — religiously-motivated counseling meant to “convert” gay people to heterosexuality — statewide.

"It's just a lot of very harmful, archaic ways of thinking that are still trying to be pushed,” said church caretaker Dan Davidson, who was 15 years old when his family sent him to anti-gay religious counseling.

For six months, he attended sessions with a therapist who told him that being gay was a sin. If he didn’t find a way to become straight, he would be living a life that hurt his soul, his family and his community.

“I very much believed that I had to save the souls of other people by taking myself out,” he said Monday night.

His story isn’t unusual. According to a 2009 study conducted by San Francisco State University, lesbian, gay and bisexual youth who have undergone counseling meant to change their sexual orientation are eight times more likely to attempt suicide than those who haven’t.

Davidson refused to continue the counseling after his counselor recommended he be sent to a "conversion" camp for more intensive treatment.

He said working with local LGBTQ organizations, such as GLSEN and PFLAG as an adult, helping lead a positive support group for LGBTQ families and helping with some local Gay, Straight, Trans Alliance groups in local schools has helped him heal. However, he said he still struggles with the shame and self-hatred instilled by those six months in his adolescence.

“It’s a struggle,” he said. “I think one of the biggest things is definitely being able to realize that my own experience is valuable for other people that are going through this as well. (In my group,) we’re providing education. We’re providing resources. We’re also just providing a safe space for people to just come and talk about things.”

The Rev. Jason Crosby, co-pastor at Crescent Hill Baptist Church, testified in favor of both bills in Frankfort. He said he believes it’s important to show religious leaders and straight people can stand against discrimination, too.

“This is strictly a matter of doing what is right, of protecting the health and wellbeing, principally, of young people under the age of 18 who find themselves particularly susceptible to environments where conversion torture, as many call it, is practiced,” he said.

He added he was determined to lend his support while the bills had a chance of passing under Gov. Andy Beshear, a Democrat. Beshear’s predecessor, Republican Matt Bevin, was a conservative who publicly opposed same-sex marriage.

“Under the previous administration and under the previous dynamics in Frankfort, there was very little likelihood that this would get traction,” he said. “I wanted to lend my voice to help keep the momentum going.”