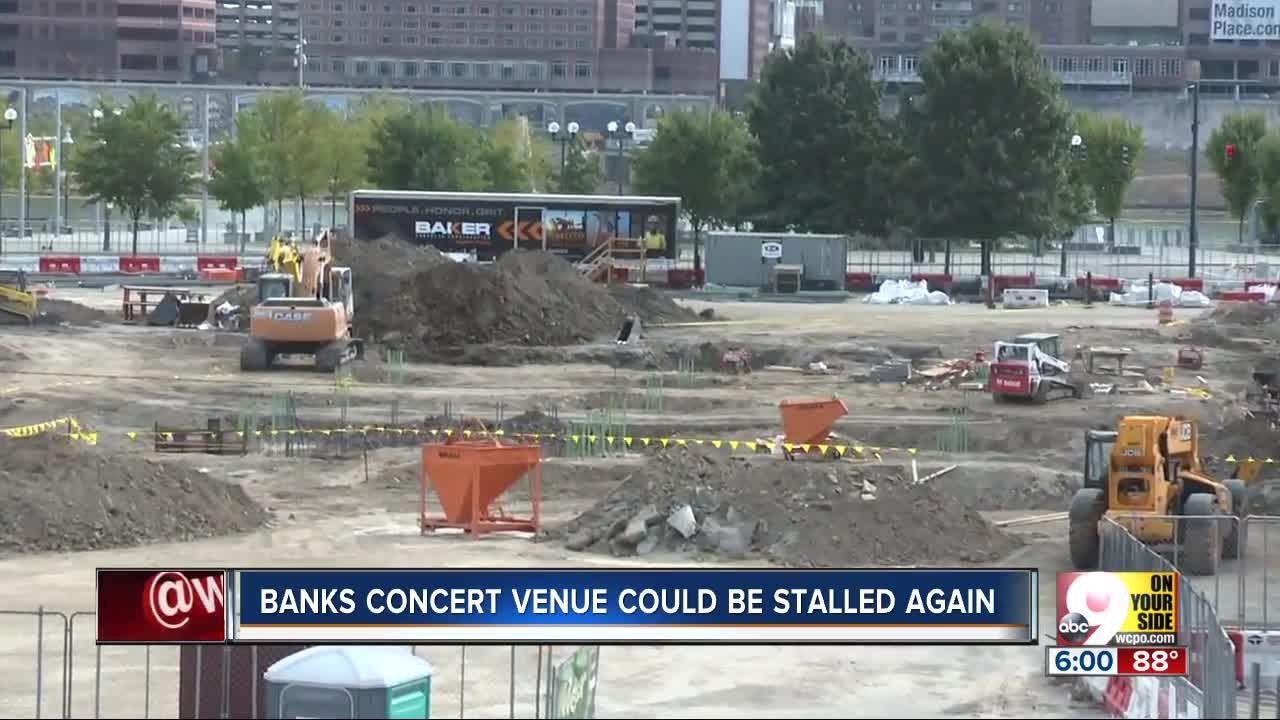 CINCINNATI — City Council won’t let Hilltop Basic Resources relocate within the city to make room for a Banks concert venue, but that doesn’t mean the project is dead, Hamilton County Commissioner Todd Portune said Thursday. The commission will just have to move it out.

Portune took aim at Mayor John Cranley, who complained during a Wednesday council meeting that the county, Bengals and Joint Banks Steering Committee were attempting to strong-arm the city into accepting an unfavorable deal. The council passed two motions rebuking the team and county’s terms.

“The mayor is so focused on blocking everything the county is trying to do and accomplish at the Banks that we’re not getting the benefit of all this new investment and projects from coming online,” Portune said.

Hilltop, a riverside gravel company, isn’t sitting on the planned multimillion-dollar concert venue site. The Cincinnati Bengals are — and in exchange for relinquishing that space, which they now use for fan parking and tailgating, they want Hilltop’s spot.

Hilltop was ready to accommodate and considered a move to city-owned land in Lower Price Hill, but people who live in the neighborhood worried an industrial presence would disturb their community. Council’s Wednesday motions suggested the deal go ahead without Hilltop being required to move at all.

That won’t happen, Portune said. The venue will.

“We’re just gong to have to move in a different direction with respect to one particular piece to that,” he said. “Where does Hilltop go then? Quite simply, it can’t go anywhere in Cincinnati.”

It could end up across the river in Northern Kentucky, where a rival $40 million concert venue broke ground over the summer as part of a development called Ovation.

Cranley called Newport’s venue “a wake-up call” for a complacent Cincinnati and Hamilton County the day it was announced.

But Portune blames him for the recent delays on Cincinnati’s concert project, which will miss its projected spring 2020 opening if October ends without a groundbreaking.

“There would’ve never been an issue with Newport at all had the mayor cooperated with the county,” Portune said.