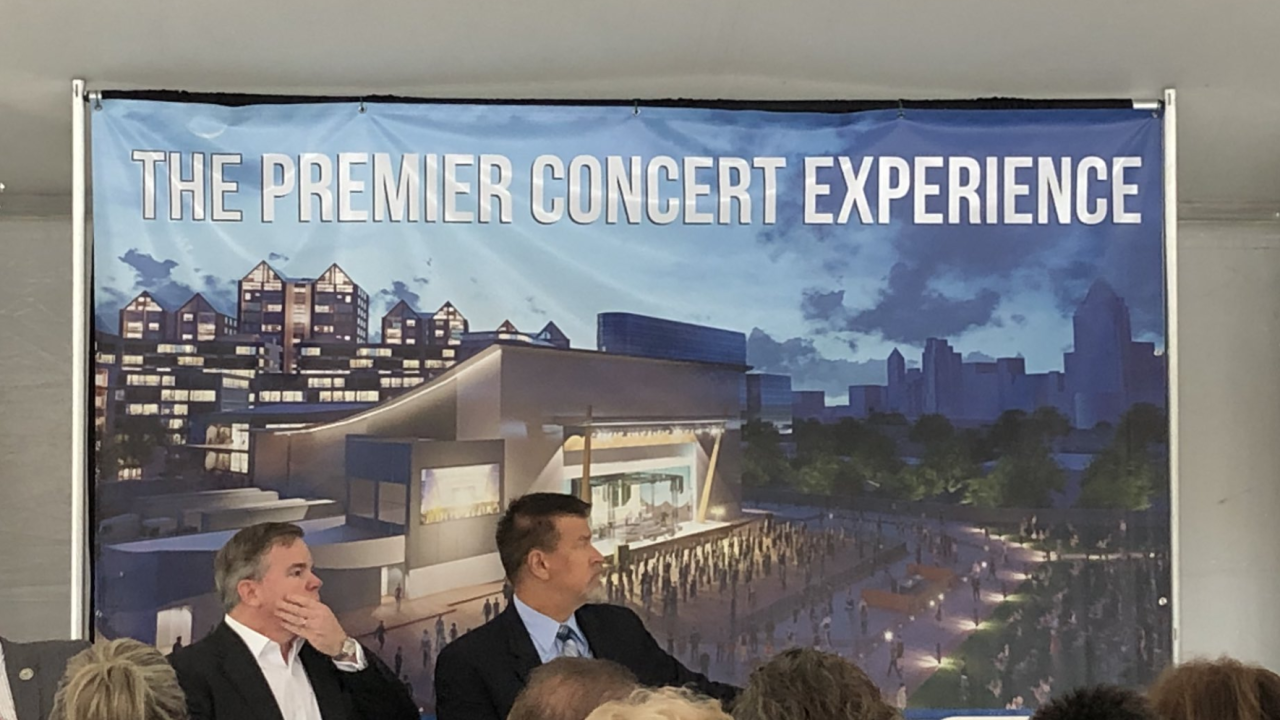 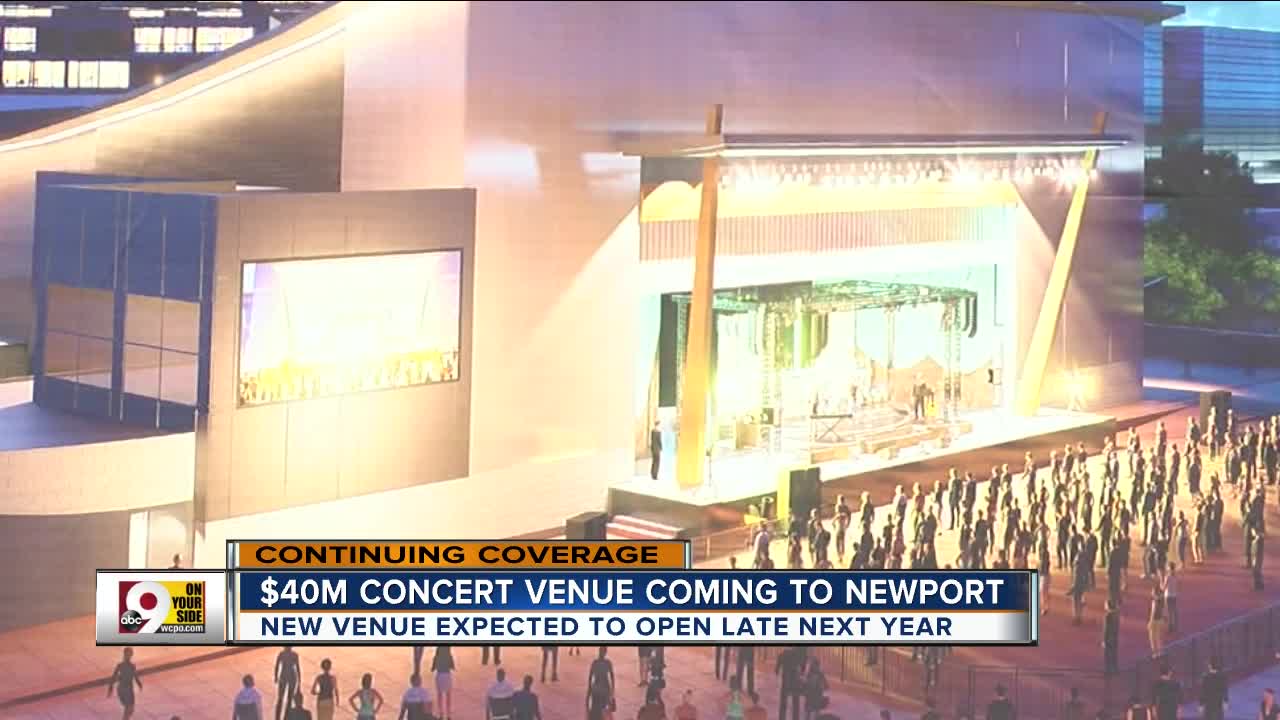 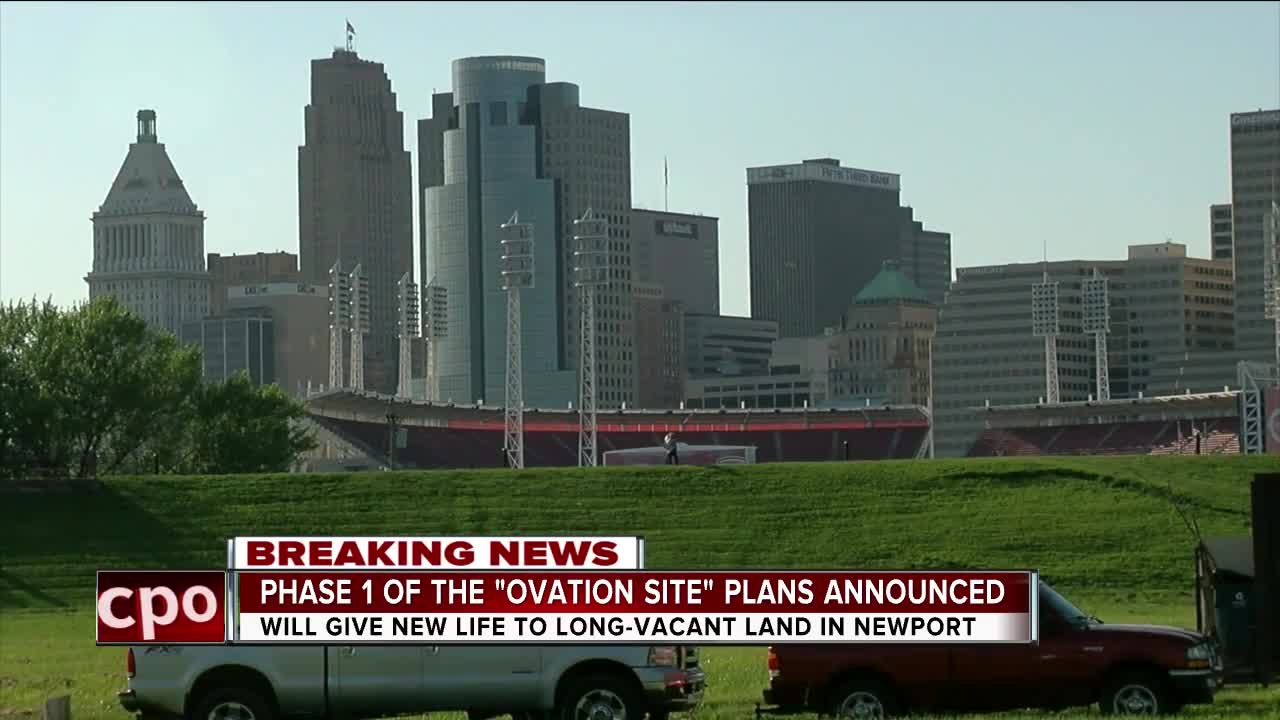 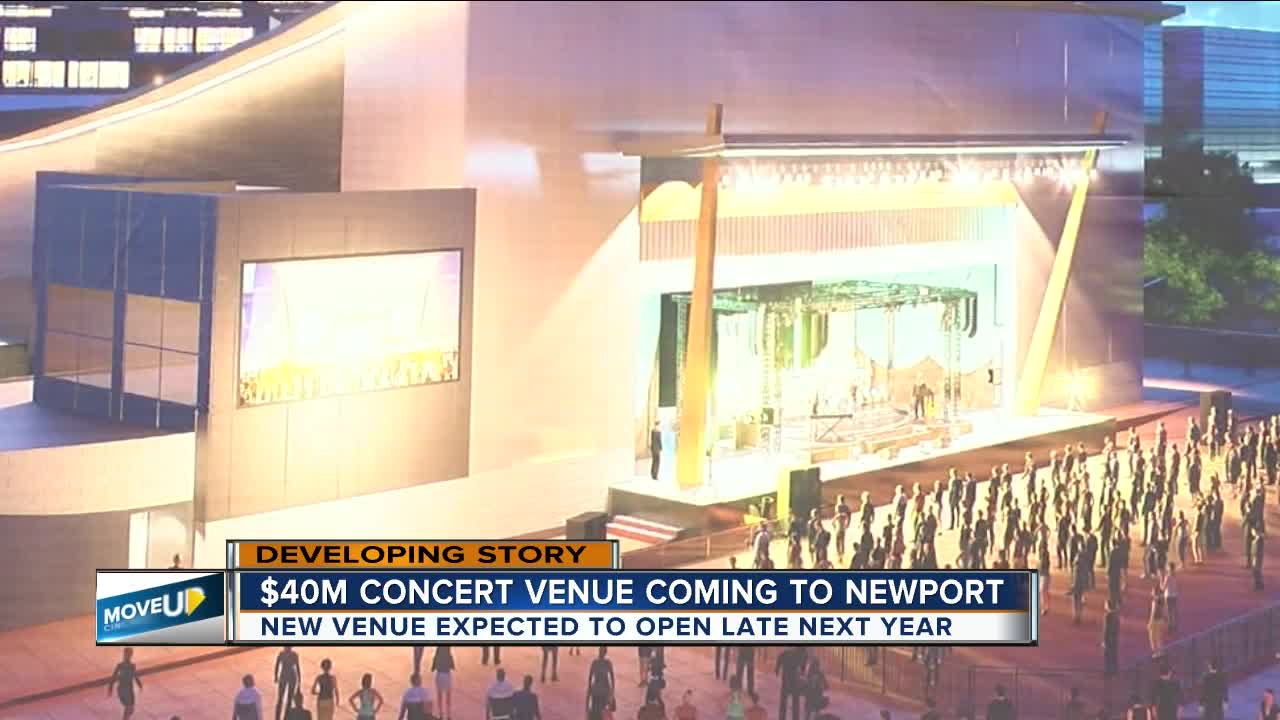 NEWPORT, Ky. — PromoWest CEO Scott Stienecker tried for six years to build an indoor-outdoor concert venue at The Banks, only to be rejected by Cincinnati and Hamilton County leaders last year.

On Thursday, Stienecker announced that he would break ground on his $40 million concert venue across the river in Newport to open in late 2020.

This sets up a potential competition for young music lovers between PromoWest, which was bought last year by AEG Presents — one of the world’s largest concert promoters — and the Cincinnati Symphony Orchestra, which won the bid to build a concert venue at The Banks but faces a stalled timeline for groundbreaking.

“It’s been a huge breath of fresh air … dealing with the city of Newport,” Stienecker said. “This facility will be the nicest facility in the country.”

Despite objections from Mayor John Cranley and The Banks largest investor, Mark Nichol, city and county leaders chose CSO and its management firm, MEMI, over PromoWest, to build the concert venue, citing a hometown advantage.

"I publicly advocated for PromoWest to be at The Banks and the county vetoed it. I also predicted that PromoWest would go to Newport and that is exactly what has happened," Cranley said. "I’m sure Northern Kentucky is happy to have the venue and I don’t blame them. There is a growing complacency when it comes to economic development in this city and I hope today is a wake-up call for our friends at the county."

Rosemarie Moehring, director of marketing and public relations for MEMI, said the Newport venue is not affecting plans across the river.

“Our drawings are done, we’re moving forward, and our plans are beautiful," Moehring said.

MEMI does not have an opening date for their concert venue but Moehring said she expects it will be announced in the coming weeks.

"I think we may be competing but not as much as what one would think," Moehring said, noting that the MEMI venue will be larger with capacity for 4,500 indoor and up to 8,000 outside.

Asked if Greater Cincinnati can support two concert venues, Moehring said “that is something we will all have to wait and see.”

After Cincinnati leaders rejected PromoWest last June, Stienecker reached out to Corporex developers and Newport officials about building a concert venue on the 35-acre Ovation development.

“It will be the premier venue of its kind,” said AEG vice president Colin Conway. “This venue will become a key part of routing for national acts coming through the area.”

AEG presents 11,000 concerts worldwide each year and the Newport venue will be a “must-play” venue,” Conway said.

It will draw 350,000 to 400,000 visitors each year for shows from hip bands such as The Killers, Death Cab for Cutie, Snoop Dogg and Alice Cooper, Stienecker said.

PromoWest also owns indoor-outdoor facilities in Pittsburgh and Columbus, but the Newport venue will be the largest.

Despite the new competition, Hamilton County Commissioner Denise Driehaus said she is "totally committed" to moving forward with building a music venue at The Banks.

"The venue fills a niche in our market, bringing hundreds of thousands of visitors each year who will patronize the retailers and restaurants at the Banks. An additional venue in Newport does not change our plans," Driehaus said. "We will continue working with our partners to move the Banks music venue forward, which will enhance Cincinnati’s status as a music and entertainment destination."

But PromoWest and AEG say their concert venue will be the music destination of the area.

The 38,000-square-foot indoor concert venue in Newport will hold 2,800 people, and an outdoor amphitheater with more than an acre of lawn will seat 7,000, Stienecker said.

The concert venue will be built on a 550-space parking garage and will house 180 concerts a year, 30 of which will be outside.

Corporex is the main developer of the site located at the confluence of the Ohio and Licking rivers, on land that has been vacant for 13 years. Once considered a contender for the FC Cincinnati stadium location, the Ovation will include 942 residential units, restaurant and hotel space, parks, trails and public plazas.

MEMI’s plan to build at The Banks has overcome several hurdles, but a groundbreaking date is still uncertain.

In November, Hamilton County Commissioners announced a new deal with the Bengals that would allow the concert venue to be built on valuable tailgating parking lot space. In return the county agreed to buy 15 acres of property owned by Hilltop Basic Resources to create 1,950 parking spaces for fan tailgating and possibly for an indoor practice facility.

But Hilltop must find a spot to relocate its asphalt and concrete facility. It has met some resistance from neighbors in Lower Price Hill.

Hilltop recently proposed a land swap between land it intends to buy in Lower Price Hill and city-owned property in Queensgate that is currently leased to Cincinnati Bulk Terminals. Negotiations are continuing.