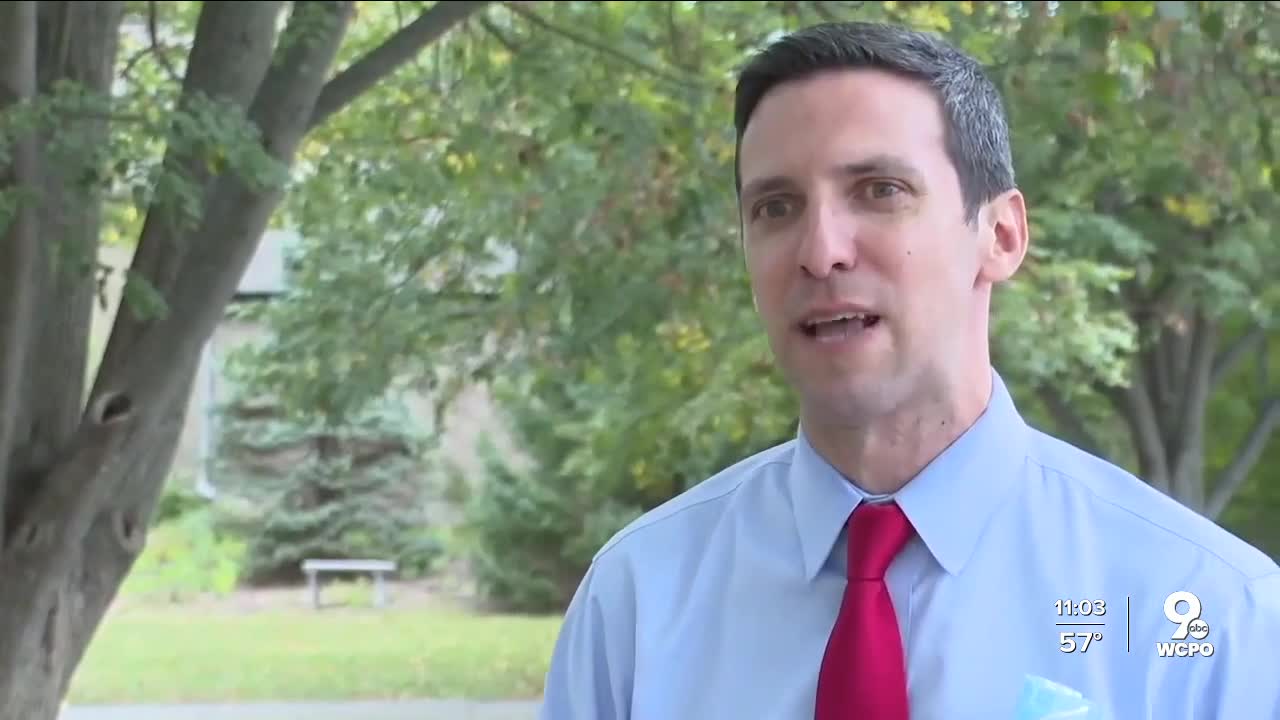 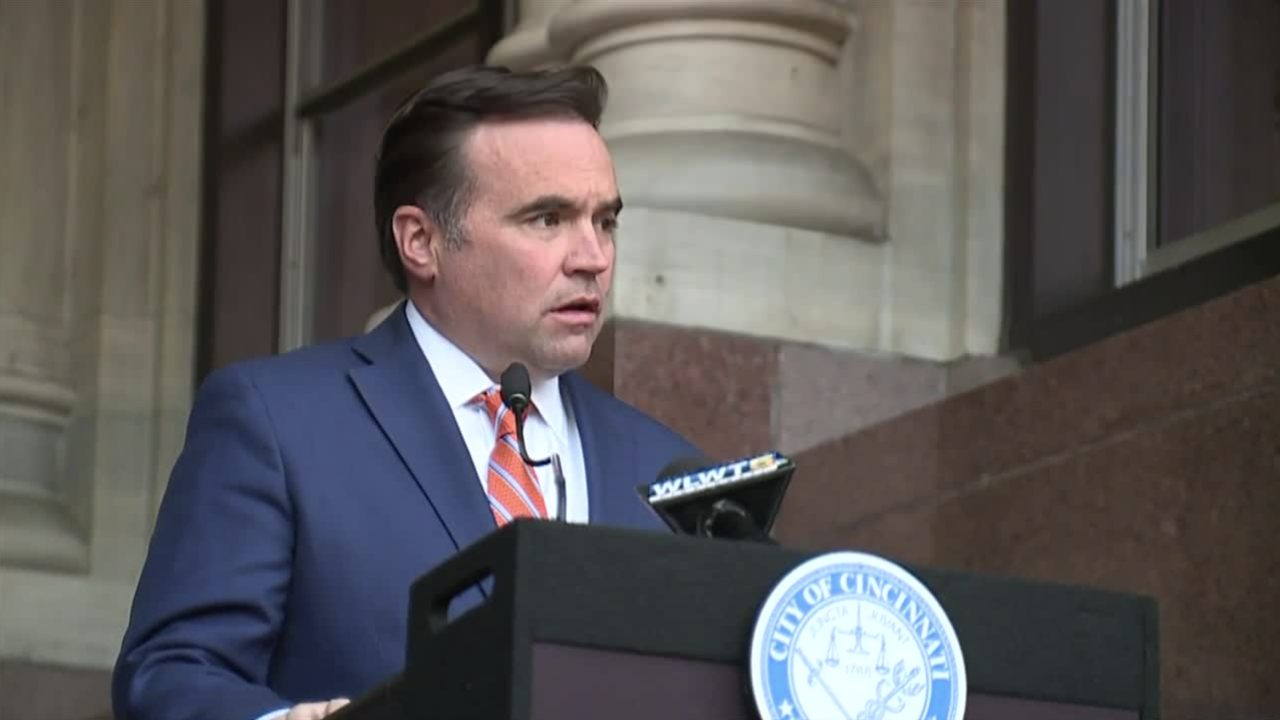 CINCINNATI — Just hours after a third member of Cincinnati City Council was arrested Thursday by federal agents on public corruption charges in a single year, Mayor John Cranley said it's time to "clean house," referring to a legislative branch that the U.S. Attorney's Office and the Federal Bureau of Investigation have described as a "culture of corruption."

"It's another sad day for a city that we love," Cranley opened his remarks at a Thursday afternoon news conference. "I stand here at this building where I've built most of my professional career building a better city that we're all proud of. But I'm not proud of another arrest today of a City Council member."

Cranley was referring to the Thursday morning arrest of Councilman and mayoral hopeful P.G. Sittenfeld. Federal agents arrested Sittenfeld around 9:30 a.m. Thursday on federal bribery charges, making him the third -- after former Councilwoman Tamaya Dennard and Councilman Jeff Pastor -- to face such charges this year.

"Just like the two other council members, I think he needs to resign," Cranley said. "He certainly is entitled to due process, but he should focus on that."

"If you read the indictments of Tamaya, Jeff and P.G., they're all bad," Cranley said. "It's hard not to conclude that, in Tamaya and Jeff's case, at least part of it was desperation for cash. In (Sittenfeld's) case, it seems to be to accumulate power for power's sake. And so, in many ways, it's worse. It's all bad. It's all sickening. It's all depressing."

Cranley went on to say that council members should not be "deal-making" and that the city "clearly need(s) major reforms of City Council and the legislative branch of this government."

City Manager Paula Boggs Muething also spoke Thursday, saying she has directed all city staff to come forward with any information that might shed light on further instances of questionable behavior by City Council members and will initiate an audit of Council members' votes in recent years to suss out any other potential conflicts of interest.

"I’m sick, just sick about the experience for P.G., for his family, for the city. It is just a very, very sad day on a lot of levels, including the personal level of somebody I’ve served with for the last eight years and have known a long, long time, as well as his family," Mann told WCPO Thursday.

Mann first served Cincinnati city government in the early 1980s before going on to the U.S. Congress and then returning to city government. He said, in all that time, he didn't remember a Cincinnati council member being indicted on such charges.

"This is a very very challenging moment for this community. It won’t go away because we talk positive things for the next three months. It probably really won’t happen until we elect a new council," Mann said.

Betsy Sundermann doubled down on her comments following Councilman Jeff Pastor's Nov. 10 arrest, saying, in part: "The culture of corruption is real. It has infected City Hall and needs to end ... With yet another violation of the public trust, I will be looking at even more ways to restore faith in city government. To do this, however, we need to clear out those responsible for deteriorating the integrity of government. While I believe in the presumption of innocence, P.G. Sittenfeld needs to resign immediately and fight his case outside the walls of City Hall.”

Sundermann -- appointed after Councilwoman Amy Murray resigned her seat to pursue a position in the Trump administration -- held a news conference on this issue Monday morning.

So did her colleague Greg Landsman. He provided WCPO with this statement: "We have a lot of work to do to restore public trust, and the comprehensive reforms I’m fighting for are needed now more than ever. The people of Cincinnati deserve to know that their government is working for them."

Councilwoman Jan-Michele Kearney, who was appointed after Tamaya Dennard resigned in February pending similar corruption charges, didn't weigh in on Sittenfeld's guilt in the matter. Instead, she promised to use her time on City Council to earn the public's trust back: "Trust is something that must be earned. We will work to earn back your trust in us. We are all hurting now, but joy cometh in the morning."

"I will be asking the City Manager and the City Solicitor to do a forensic audit of all votes taken by members of council related to any and all development in the city of Cincinnati over the last three years," Smitherman wrote in a statement Thursday. "I look forward to the outcome of the audit."

After careful review of the federal indictment, and carefully reading the allegations of the complaint there is no question that they are strong and credible. With regret I now formally call on Councilman Sittenfeld to resign. @PGSittenfeld

WCPO reached out to Councilman Wendell Young's office, and received this response: "Councilman Young or his staff has nothing to say at this time."

Incredibly surreal to be typing these words, but again, I have never been offered, asked for, or accepted a bribe in my life.

WCPO reached out to Sittenfeld's office Thursday, but did not immediately hear back. For a prior story, published Tuesday, Sittenfeld's chief of staff, Chris Dalton, said Sittenfeld had not received any bribes during his tenure as City Councilman.