Hamilton Co. Commissioner Todd Portune will not seek re-election in 2020 due to cancer battle

'I've got the biggest fight of my life ahead of me' 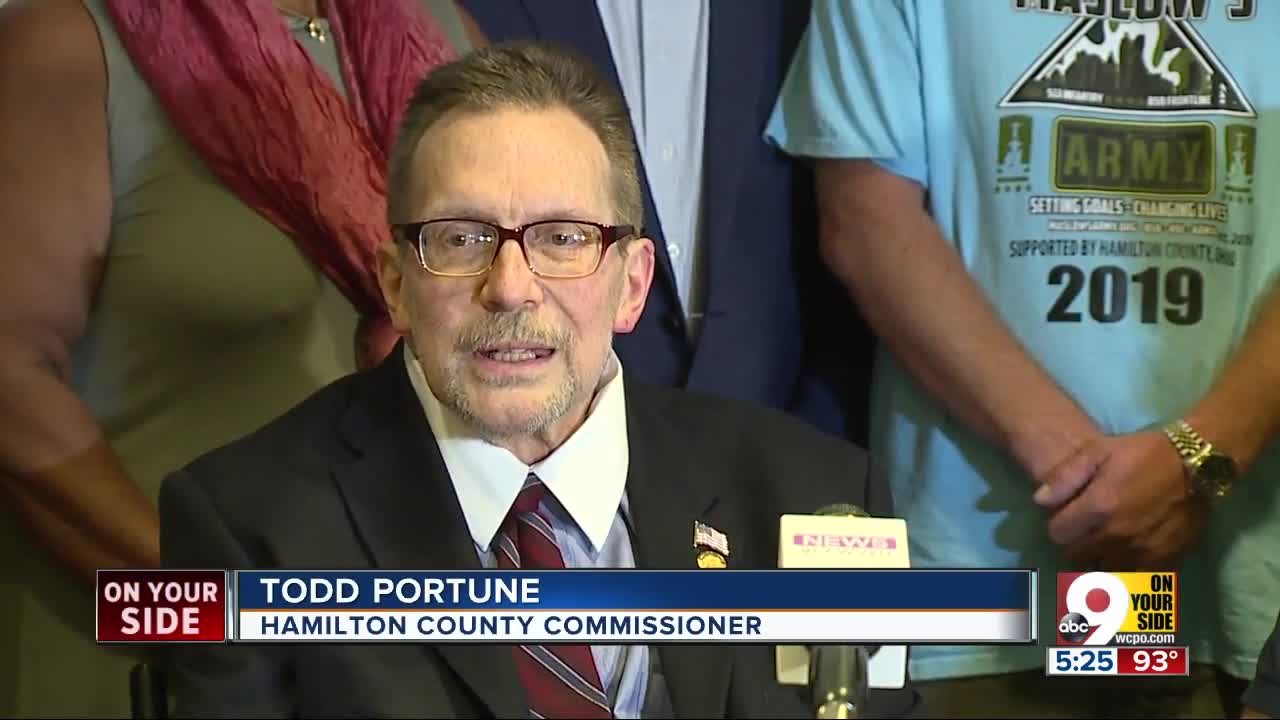 Hamilton County Commissioner Todd Portune, who has served on the county’s governing body for almost 20 years and served as a Greater Cincinnati politician for almost 30, announced he will not seek re-election in 2020. 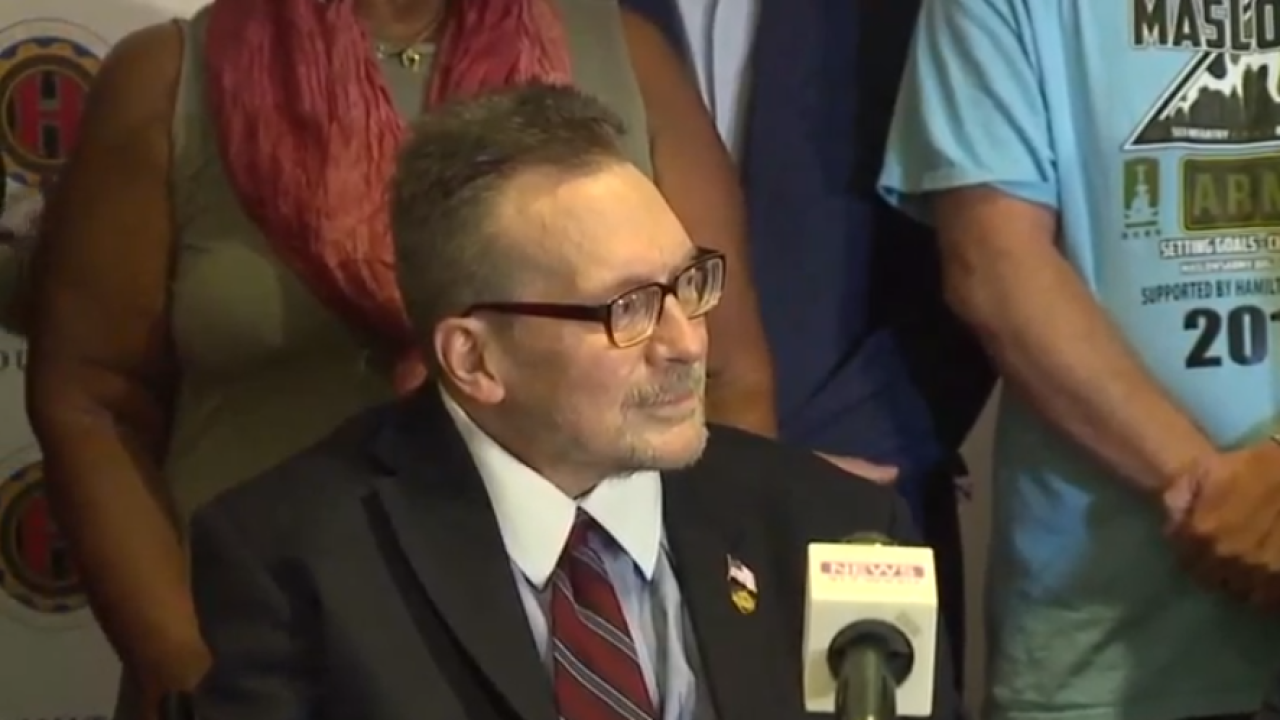 CINCINNATI — Hamilton County Commissioner Todd Portune, who has served on the county’s governing body for almost 20 years and served as a Greater Cincinnati politician for almost 30, announced he will not seek re-election in 2020.

“There is no more speculation ... I am not running for re-election in 2020,” Portune said Thursday.

During an emotional press conference and surrounded by family, friends, and supporters, Portune announced his cancer has spread.

“The fact of the matter is, the chemotherapy has not worked, and my cancer has spread. And so having learned that, I’m now in a spot where I’ve got the biggest fight of my life ahead of me,” Portune said, at times fighting back tears.

The Democrat from Green Township underwent surgery last year to amputate his left leg after doctors discovered cancer in his muscles and ligaments. Portune's legs were paralyzed by tumors along his spinal cord in 2003.

Portune’s career in Greater Cincinnati politics spans across three decades. He was elected to the Board of Hamilton County Commissioners in 2000, served as its president and will finish out his fifth term on the board ending in 2021.

Portune, 59, also served on Cincinnati City Council for eight years, where he was first appointed in 1993 and later won four re-election bids.

“There’s no job that I love more than the job I have now,” Portune said. “It’s what I am, it’s what I’ve been about.”

But despite fighting “individual and personal challenges,” he says he has always worked to press on for his constituents.

“People with disabilities can do exactly the same thing anybody else can, if not even better,” he said to applause.

"The obstacles in the way are not obstacles, but they are opportunities to rise and meet those challenges."

Portune has also served as chair of the Hamilton County Transportation Improvement District, president of the County’s Emergency Management Agency’s Executive Committee, and he chaired the Hamilton County Homeland Security Commission. He is past president and county delegate to the OKI Regional Council of Governments Board of Trustees. He has also served as president of the county’s Family and Children First Council and has chaired the county’s Solid Waste Management District Policy Committee for 15 years.

Portune graduated from Colerain High School and studied political science at Oberlin College, where he was also a star track athlete. He received his law degree from the University of Cincinnati in 1983.

After his announcement, local officials expressed their support for Portune in his fight against cancer on Thursday.

Denise Driehaus, president of the Hamilton County Board of Commissioners, said Portune has "served the public with an unmatched dedication and enthusiasm."

Todd Portune has stood tall in this community for decades, serving the public with an unmatched dedication and enthusiasm. He has also been my friend from the time I worked for him as his legislative assistant at City Hall to today as his colleague on the County Commission.

Cincinnati Mayor John Cranley said he is inspired by Portune's commitment to service and fighting for human rights.

David Pepper, chair of the Ohio Democratic Party, characterized Portune as "the model of a public servant" and someone who has worked "tirelessly" for Hamilton County.

"His legacy is best measured by the thousands of people in the county who benefited from his never-ending quest to improve the lives of his constituents. From battling to decrease infant mortality, to broadening access to health care, to promoting issues such as environmental justice, equal opportunity and good jobs, Todd has never been distracted from the fundamental principle that politics and public service are about improving people’s lives," Pepper said in a statement Thursday.

Hamilton County Prosecutor Joe Deters similarly wished Portune "nothing but the best as he continues to battle cancer."

Todd Portune has always fought for what he believed was best for our community.

I wish him nothing but the best as he continues to battle cancer. God bless him.

"The entire Smitherman Family extend our prayers and best wishes for a full recovery. Never give up brother!" Smitherman tweeted.

City Council member P.G. Sittenfeld tweeted Thursday that "the communities of Cincinnati and Hamilton County have been the lucky ones for (Portune's) leadership."

It's been my good fortune to serve with Commissioner Todd Portune for Hamilton County citizens. His total devotion to his work was always a hallmark of his service. The respect and admiration he will take with him goes along with the prayers and best wishes from all of us