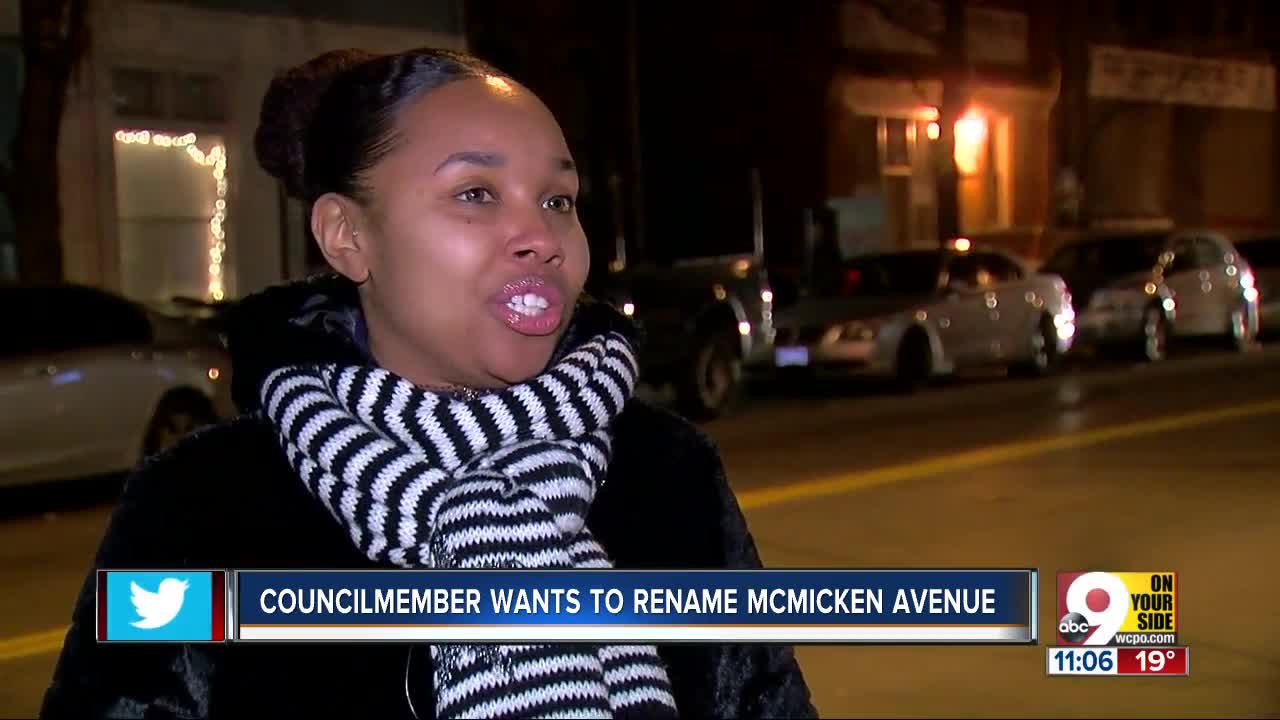 As the University of Cincinnati prepares to quietly distance itself from the legacy of slave-owning co-founder Charles McMicken, the city of Cincinnati might do the same. Councilman Jeff Pastor on Wednesday proposed a motion to rename McMicken Avenue, which spans parts of Over-the-Rhine, CUF and Camp Washington.

CINCINNATI — As the University of Cincinnati prepares to quietly distance itself from the legacy of slave-owning co-founder Charles McMicken, the city of Cincinnati might do the same. Councilman Jeff Pastor on Wednesday proposed a motion to rename McMicken Avenue, which spans parts of Over-the-Rhine, CUF and Camp Washington.

“In his own right, he was a successful businessman,” Pastor, who is black, said of McMicken. “But the reality is that we should not glorify slaveowners.”

In light of UC removing, “McMicken” from its College of Arts and Sciences, I’m asking our administration to explore change our street names as well. @WCPO @uofcincy pic.twitter.com/hyfZsqLdKq

McMicken was a Pennsylvania native who made Cincinnati his adopted home in 1803, according to the record of his life that prefaces his will. His successful involvement in flatboat trade along the Ohio River enabled him to leave 1,200 acres to the city upon his death in 1858. In the will, he wrote the bequest was for the specific purpose of building two schools: one for men, one for women. His heirless estate would fund it. Only white students would be permitted — white orphans especially preferred. His slaves would be freed and resettled in Liberia.

RELATED: Why this University of Cincinnati alum believes it's time to drop slave-owning founder's name

McMicken’s land eventually became part of the University of Cincinnati, making him its partial co-founder despite never living to see it built. The school’s college of arts and sciences would periodically be referred to as the McMicken College of Arts and Sciences, although usage waxed and waned over time. Black students’ objections to the name date back to at least the ‘70s, and on Tuesday the university’s Board of Trustees voted to discontinue it.

"If they're taking the step in what seems to be the right direction, I think it's only natural for the city to follow suit,” Pastor said Wednesday night.

Davonda Pinkston, who lives on McMicken Avenue, said she would be supportive of a change.

“It kind of makes me feel uneasy,” she said of the history behind her street’s name. She’d like to see it changed to something that reflects the neighborhood’s diversity. “Something that doesn’t have anything to do with, like, slavery or anything racist or prejudiced.”

Pastor’s motion had only been introduced by Wednesday, meaning no legal vetting process or voting had taken place. He said he thinks the street should be renamed after someone more deserving.

And he knows exactly what some people critical of his proposal will say about it.

“Someone made the argument to say, ‘Are we going to change the name of every individual who was slave owners?’” he said. “And my response is, ‘Don’t tempt me.’”