Supporters want voters to have a say 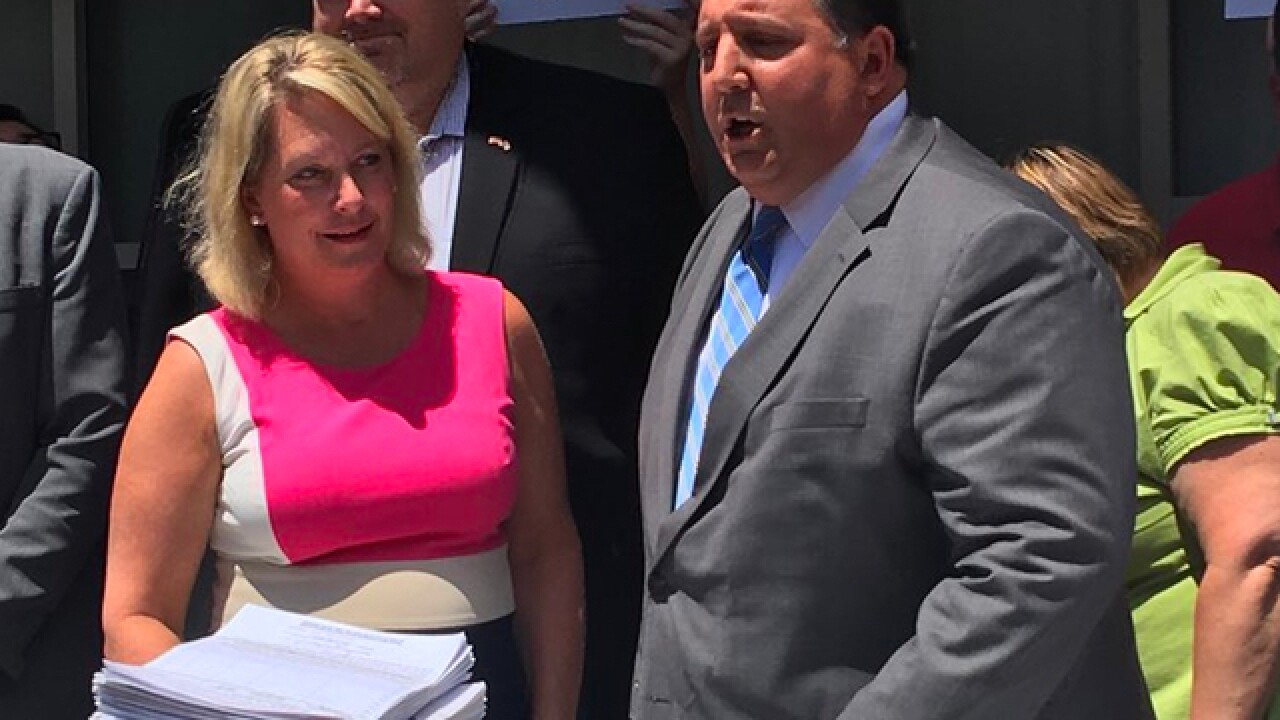 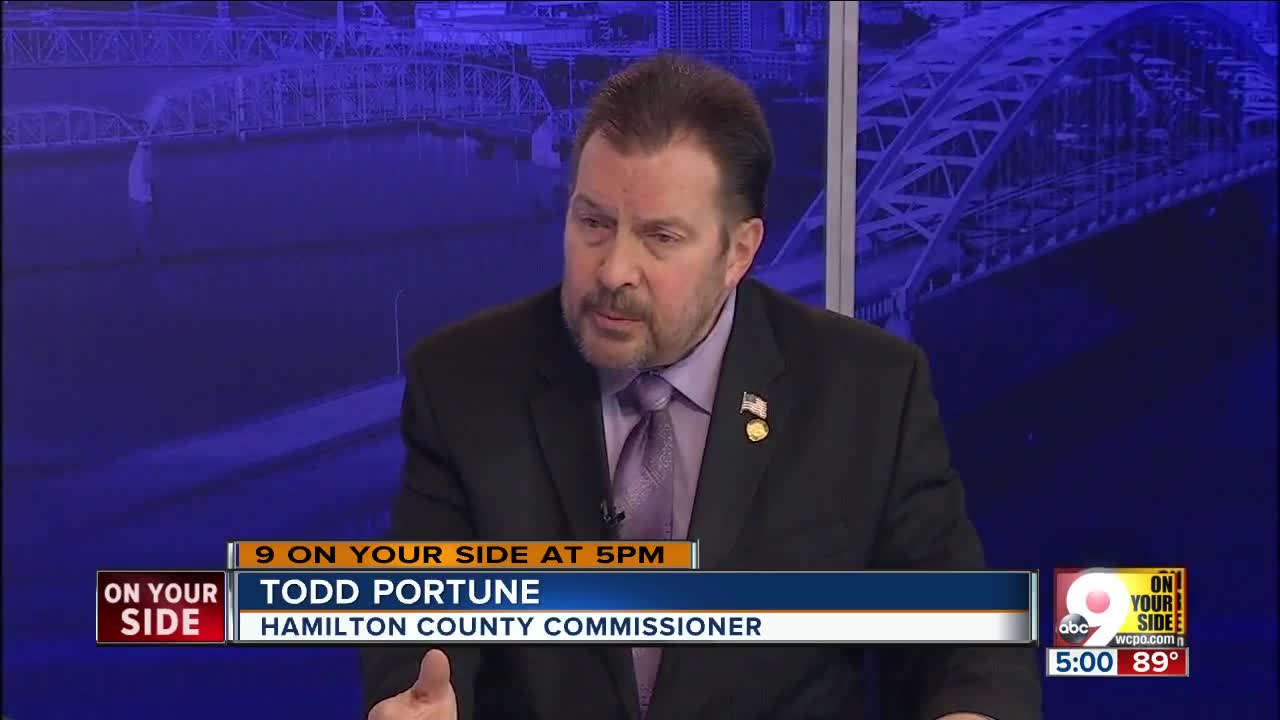 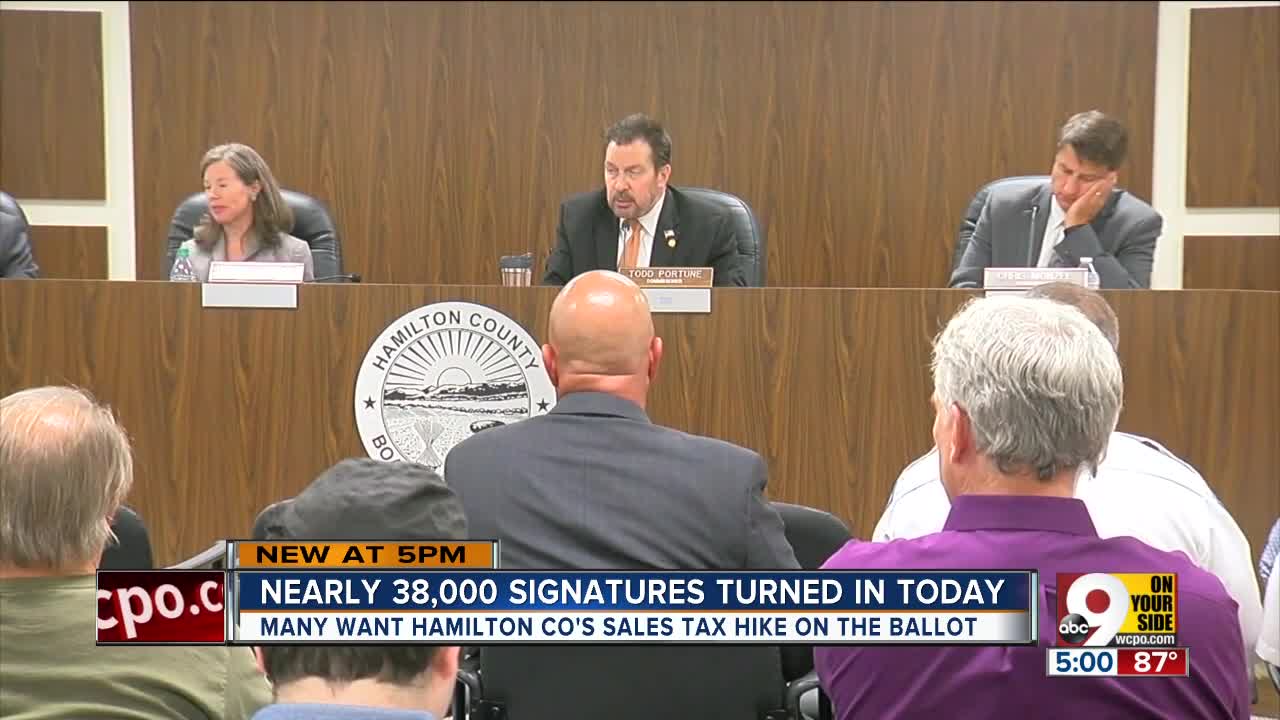 CINCINNATI -- Hamilton County voters may get a say on a sales tax hike this fall.

Organizers with the Coalition Opposing Additional Sales Tax, also known as COAST, said they exceeded the needed 27,500 signatures for the sales tax increase issue to go on November's ballot. The group said they submitted a petition with nearly 38,000 signatures to the county auditor Wednesday.

The county's Board of Commissioners voted 2-1 to increase the sales tax by 0.2 percent starting in October. That brings the total rate to 7.2 percent; a majority of Ohio counties charge slightly more, 7.25 percent.

The 0.2 percent increase is less than what County Administrator Jeff Aluotto wanted but it should still help fix a $28 million gap in the fund that pays for things like sheriff patrols, murder investigations and the local jail.

Aluotto said the budget gap couldn't be fixed through cuts alone: The county has spent the last decade trimming costs, from closing a jail to selling off a public hospital to laying off hundreds of workers.

Under the new rate, people can expect to pay an extra $20 to $40 per year, according to Michael Jones, an economics professor at the University of Cincinnati.

That comes out to between $2 and $4 more per month for people living here.

The increase may not sound like much, but it does to Matt Wahlert.

"It's going to hit my constituents as a North College Hill council member,” Wahlert said. “These are the folks that it may make a difference for -- folks on fixed income for a Christmas present for a granddaughter. The folks that make less, with sales tax, get hurt the most. It's regressive."

Commissioner Chris Monzel, the lone Republican on the board, believes the county should've pursued other options. That includes trying to collect $40 million in delinquent taxes and placing a hiring freeze on county jobs that aren't immediately necessary.

"There's been no effort whatsoever to look at ways we could could costs first before we go out there and ask the citizens for more of their hard-earned money and raise the sales tax," he said.

Democrats Todd Portune and Denise Driehaus both supported the increase. They say the sales tax rate will go back down to 6.95 percent in 2020, when a quarter-percent levy to fund Union Terminal renovations expires.

Portune, the commission president, previously told WCPO he believes the increase was the best possible path.

"Some of the other options we had were to eliminate the property tax rollback. We didn't want to do because that helps to benefit property owners," he said.

Volunteers have been collecting signatures for the past three weeks. Organizers said it was largely a grassroots effort, with many supporters turning in petitions with a dozen-or-so signatures, according to Wahlert.

The process to verify the signatures should take about a week. If there are enough, the referendum has to be finalized by Aug. 8 to be up for a vote in November.

"To me, that's the thing that this petition drive is all about is to give the citizens of Hamilton County a chance, a vote to say whether or not they want their sales tax increased," Monzel said.