Hamilton County Prosecutor Joe Deters: I support decriminalizing pot, but 100 grams is too much 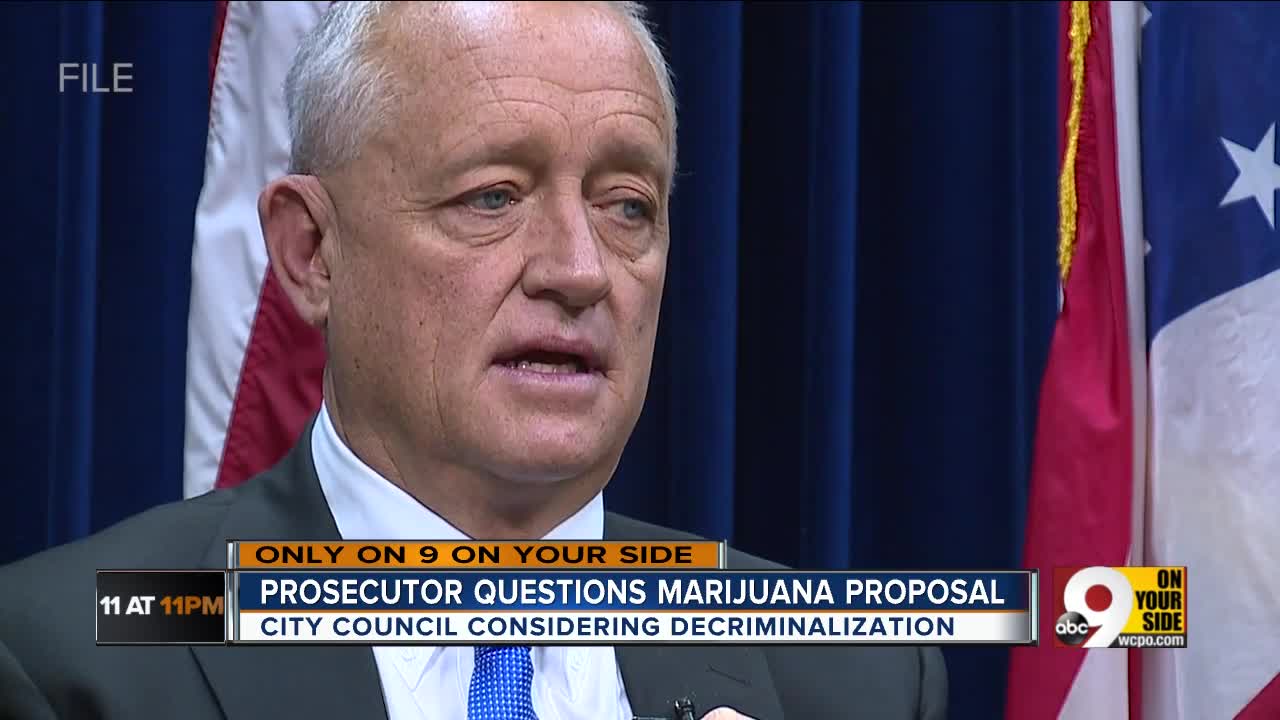 “Small amounts of marijuana (much smaller then the proposed) in a private space is acceptable. A public place with a wheelbarrow of weed is totally unacceptable.”

CINCINNATI — Hamilton County Prosecutor Joe Deters on Friday threw his weight behind an effort to slow a pair of proposed ordinances that would remove fines and jail time as penalties for small amounts of recreational marijuana — up to 100 or 200 grams, depending on the proposal — within city limits. In a series of letters his office delivered to City Hall Friday afternoon, Deters argued that level of decriminalization could interfere with law enforcement efforts to stanch the local drug trade.

“Small amounts of marijuana (much smaller than the proposed) in a private space is acceptable,” he said separately to WCPO. “A public place with a wheelbarrow of weed is totally unacceptable.”

(Neither 100 nor 200 grams of marijuana would fill a wheelbarrow, per visualizations provided by the Cincinnati police department.)

"I have read with great interest the proposal to decriminalize marijuana under the 100 or 200 gram levels.

As you probably know, I have supported the decriminalization of small amounts of marijuana in the past. However, I feel these levels of weight are too high in terms of personal use. It may affect our presumption of Unlawful Possession and Trafficking in Drugs.

I would urge council to meet with police and prosecutors to determine a minimal amount to decriminalize."

Vice Mayor Christopher Smitherman and Councilman Jeff Pastor co-sponsored the two proposals and have since argued they are an effort to reduce the disproportionate level of harm done to people convicted of low-level drug offenses.

Such convictions frequently take money from and leave a black mark on the legal record of people who are already poor and struggling, Smitherman said Monday.

“We see young people, old people, middle age people, poor people walking around with joints and they’re getting hit with $250 fines,” he said, adding later: “We constantly have so many people that are getting caught up, and they can’t even get a job at a Subway.”

Although Pastor said Tuesday he was confident at least one of the proposals would be able to garner the five votes necessary to become an ordinance, other members of council put both on hold the following day.

Councilwoman Amy Murray described the process of passage as rushed and said she worried about how law enforcement would adjust to the new ordinance. Councilman David Mann said he worried about resolving conflicts between local, state and federal law, all of which would have different marijuana guidelines if the ordinances were passed.

Councilman Wendell Young suggested a public referendum as well as additional input from figures such as police Chief Eliot Isaac, who expressed his own concerns but promised his department would enforce any law implemented by the city “as long as we are legally capable.”