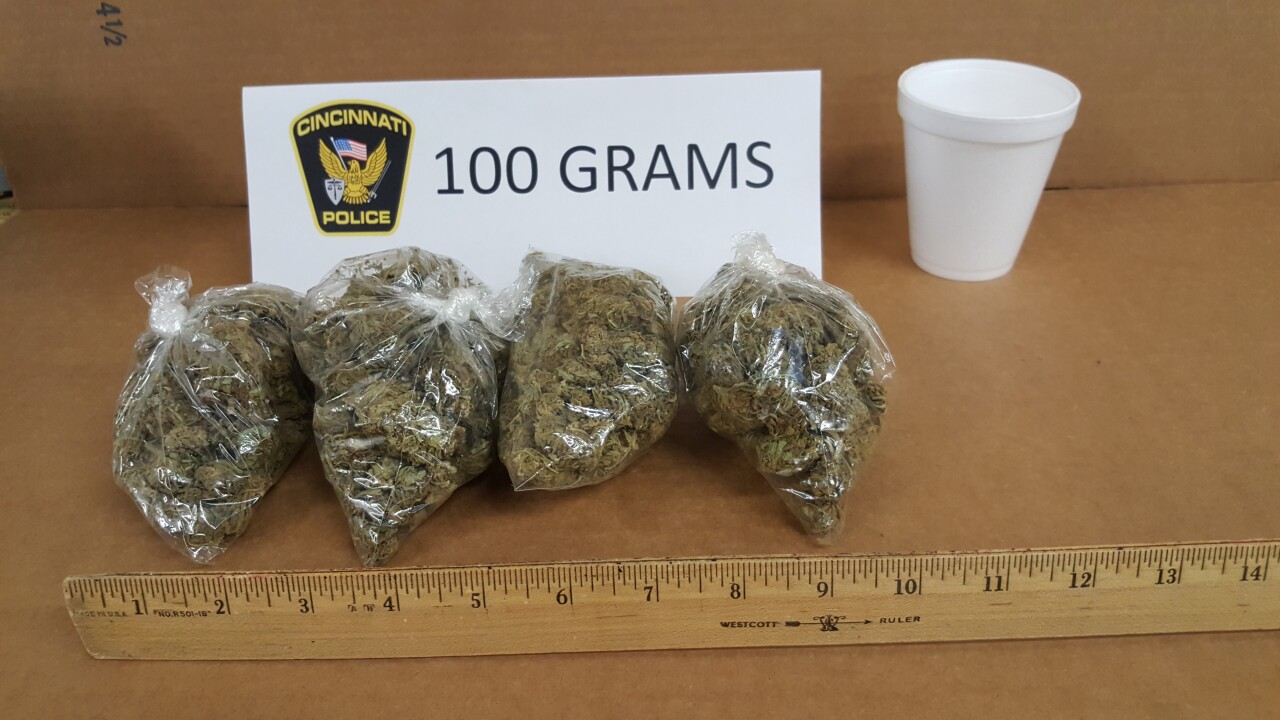 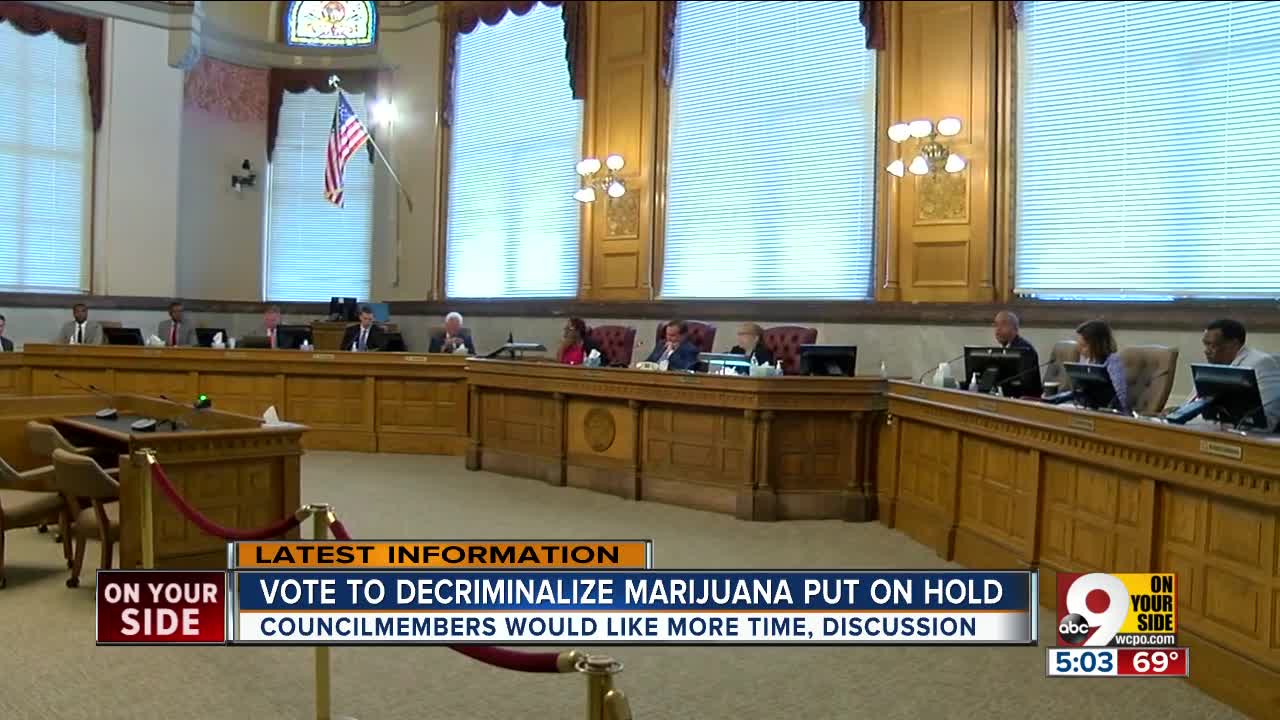 CINCINNATI — The Cincinnati City Council held off Wednesday on a proposal to decriminalize the possession of small amounts of marijuana.

Under the proposed ordinances, possessing up to 100 or 200 grams of marijuana in Cincinnati would not lead to a fine or jail time. However, members of the council expressed concerns about unanswered questions about the proposal even though most also said they supported the idea.

"I don't understand why it's being rushed through," Councilwoman Amy Murray said.

"Whether it's today, or whether it's 10 years from now, the state of Ohio will be a place where marijuana is legal," Smitherman said. "The problem is, we would've created a permanent underclass, where all of these people have minor misdemeanors on their records while now the drug is legal."

If marijuana were legalized outright, taxes on it could even become a new revenue stream for the city, Pastor said.

Smitherman compared the proposal to city policies of using Narcan to treat heroin users, which he said had effectively decriminalized possession of small amounts of that drug in efforts to get users out of the cycle of addiction.

"I can't stress my disappointment that people today, tomorrow, the next day might have some type of violation that locks them out of getting a basic job," Smitherman said.

But other officials asked questions about the proposal, saying it would create between city ordinance and state laws or laws in neighboring communities.

Councilman Wendell Young said he'd prefer to hear from the police chief and health commissioner before voting on the ordinance, and suggested the issue could be put out to a public referendum.

Medical marijuana is now legal under Ohio law, though it has been a lengthy process for the program to roll out to a level where patients across the state can easily obtain it. Possession of 100 to 200 grams of recreational marijuana is punishable by a $250 fine and up to 30 days in jail. No jail time is required for less than 100 grams under state law, but someone found to be in possession could be cited.

Pastor said the fines may not seem like a big deal to members of the council, but they could be debilitating for someone else.

"This is the classist crap that I'm talking about over and over again," he said.

The proposal is set for a second hearing at next week's council meeting. Smitherman asked the city solicitor to draft a potential charter amendment on the issue.