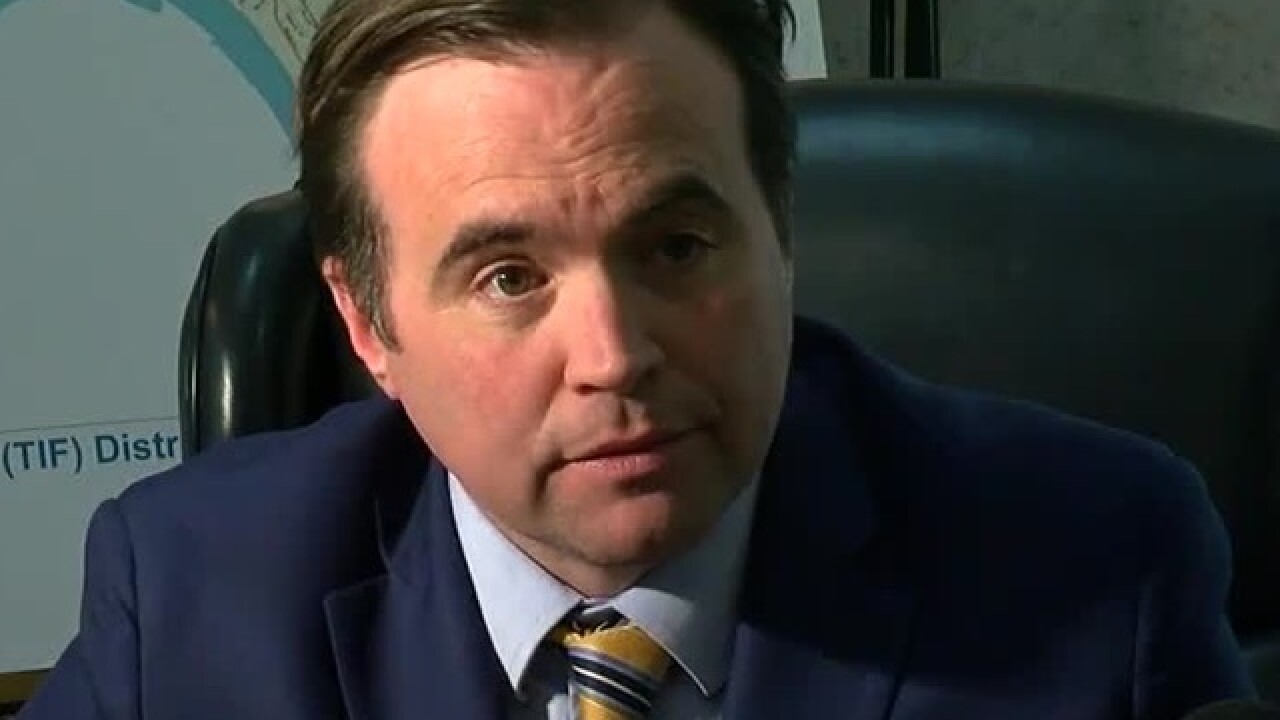 CINCINNATI -- The two most powerful city leaders are headed for a showdown in the coming weeks: a tentative agreement that would have led to City Manager Harry Black’s resignation broke down in a very public way Wednesday.

Black and Mayor John Cranley held separate briefings with reporters after Cincinnati City Council’s meeting, both trying to win over public opinion in advance of termination proceedings against Black that could begin in two weeks.

EARLIER: Did Black agree to resign? 'No, that's not true'

Cranley cited retaliatory, threatening and abusive behavior by Black against at least a dozen city employees as one of many reasons he wants Black to leave. He said he warned Black about his behavior numerous times over the years, but “unfortunately those warnings were not heeded.”

“I believe in second, third, fourth chances, but the behavior has continued to resurface and get worse,” Cranley said.

Cranley also described concerns he had with transparency and the media’s lack of timely access to public documents from Black’s office. That included WCPO's request for a draft contract with the Center for Closing the Health Gap after our investigation found Black failed to make changes auditors said would safeguard taxpayer dollars in the future.

And Cranley singled out the city’s emergency communications center as an area he was particularly worried about.

“I am deeply worried about the decision making process at the 911 center because it's a life and death situation,” Cranley said.

During Cranley’s news conference, across the hallway in an interview with WCPO, Black gave a dramatically different version of what happened.

“Last week, he threatened me with the ultimatum to either leave or he was going to build a case up against me, and he’s been working to do that,” Black said. “People have called me to who his office has reached out to. They are trying to dig up dirt. Where they can’t find dirt, they are going to create dirt."

Black, who Cranley hand-picked as city manager in 2014, said he wants to stay on the job for as long as he can. But he said Cranley doesn’t like the power that the city manager’s position has in Cincinnati’s charter.

“The mayor wants to be a strong mayor," Black said. "I’m in the way. The city charter is what it is. If people don’t like the current structure, they need to take the necessary steps to change the form of government.”

“How can one accuse someone else of the very behaviors that they exhibit on a regular basis themselves?” Black said.

These accusations ratcheted up the chaos that has already engulfed City Hall for more than a week.

At first, it seemed that Cranley and Black had quietly worked out a settlement agreement that would have resulted in Black’s resignation but keep the accusations against him outside of public eye.

On Tuesday afternoon, Cranley announced he'd reached a deal "in principle" for Black to resign. But minutes later, Black told WCPO by phone that wasn't true.

Now it seems both sides will air their issues at a public hearing in front of Cincinnati City Council, likely in two weeks.

First Cranley said he wants protection for city employees so they won’t fear retaliation for coming forward to speak out against Black. Five current and former city employees have filed lawsuits against the city manager over the past few months -- one of the lawsuits was filed Tuesday. All allege Black retaliated against them in one form or another.

Cranley said he worries more employees will suffer retaliation until Black is gone, and he hoped they'd testify as he works to convince council members to oust Black. Under Cincinnati's charter, the mayor cannot unilaterally fire the city manager; five members of council must agree.

It's not clear if Cranley has those votes just yet. At Wednesday’s city council meeting, not a single elected leader spoke publicly about the chaos.

But several citizens came to speak in favor of Black, including Joe Mallory, first vice president of the Cincinnati NAACP. He said the mayor should not be involved in city personnel decisions that Black is trying to make at the police department.

The Cincinnati Sentinels, the city's black police union, also spoke up in Black's defense in a news conference Wednesday. Sentinels president Louis Arnold Sr. said it was vital the city keep Black in his current position to preserve the forward momentum of the Collaborative Agreement Refresh, which will establish updated guidelines for police to build trusting partnerships with largely black communities.

"We support City Manager Harry Black 100 percent," Arnold said. When asked if he asked supported Cranley, he reiterated his support for Black.

Cranley denied his decision to ask Black to resign was tied to Black's ouster of Assistant Police Chief David Bailey last week. Cranley's request for Black's resignation came the same day Black signed a settlement agreement for Bailey to leave his decades-long career at the Cincinnati Police Department, according to sources close to the mayor and city manager.

During the public comment session before Wednesday’s council meeting, Wendy O’Neal had high praise for Black and Cranley and urged them both to work out their differences.“This is not a binary choice between the city manager and the mayor,” O’Neal said. “Do what our mothers taught us and compromise … put your politics and your pride and personalities in your pocket and today put the people first.”