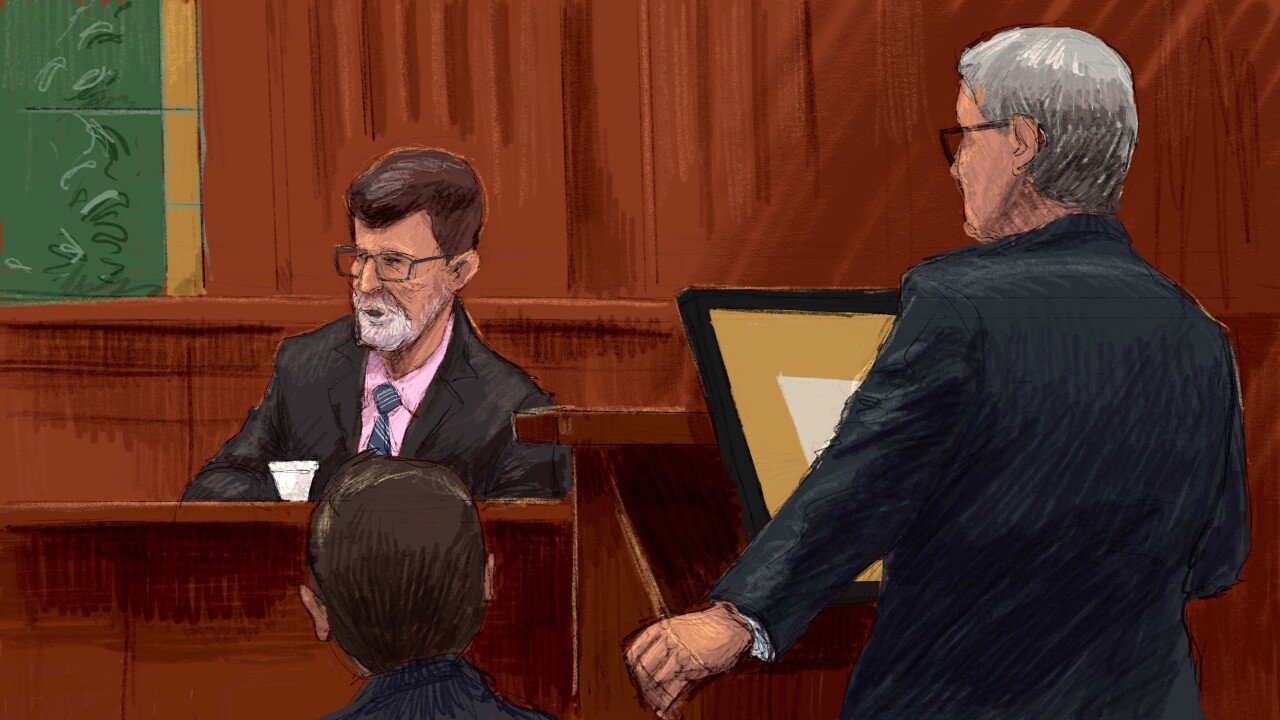 CINCINNATI — A Hamilton doctor ignored patients’ failed drug screens, their doctor-shopping histories and other red flags of addiction while continuing to prescribe them large amounts of pain pills and sedatives.

That was the Monday testimony of the prosecution’s key witness — a pain management and addiction specialist — in its case against 71-year-old Saad Sakkal, who could be sentenced to life in prison if convicted.

Eight of Sakkal’s patients at Lindenwald Medical Associates died of overdoses in 2016, some from combinations of prescription and street drugs. He stands accused of directly causing two of their deaths through irresponsible prescription practices.

“This patient is clearly addicted,” testified Dr. Tim King, referring to a man who repeatedly tested positive in urine screens for cocaine, fentanyl and methamphetamines.

Yet his urine was negative for the drugs Sakkal repeatedly prescribed to him — oxycodone and Xanax.

“The only option for a patient like this is to stop controlled substances and refer the patient for addiction services,” King testified “They (prescribed drugs) were being sold or traded. The patient is clearly not taking them.”

But Sakkal didn't take steps to send his patients to treatment or even cut off their supply of powerful medication, King said. He continued to prescribe.

Sakkal was indicted as part of the largest national healthcare fraud and opioid takedown in American history — a sting that caught 76 doctors, 23 pharmacists, 19 nurses and other medical personnel across the nation in June 2018. Some worked at the same clinic, though not at the same time.

The doctor faces 30 counts of illegal distribution of controlled substances and seven counts of using a nurse practitioner’s prescription pad to write prescriptions for his patients.

King reviewed the medical files of 20 patients who were at the heart of the Drug Enforcement Administration’s probe into Sakkal.

“My opinion is the controlled substances were prescribed without a legitimate medical purpose,” King said.

RELATED: Defense: Hamilton doctor was 'sloppy,' 'careless,' even 'stupid' — but patients killed themselves

Ashley Adkins, 31, came to Sakkal in December 2015 complaining of anxiety and pain after “a couch fell on her back yesterday when moving,” King testified.

Her medical record indicates she never received a diagnosis but left with five prescriptions, returning the next month off-balance, slurring her speech and apparently under the influence of drugs or alcohol.

Adkins’ medical record showed a laundry list of vague, inconsistent symptoms — she complained simultaneously of being over-sedated and suffering from insomnia, according to King.

“There’s a threat to her survival," he said. "There’s an obvious indication of an OD (overdose) showing up here."

Adkins’ boyfriend found her dead on the couch of their Middletown home on the morning of Jan. 20, 2018. According to court records, Sakkal had prescribed her a potentially deadly combination of oxycodone and Xanax — a depressant duo so potent the Food and Drug Administration has warned against simultaneous use — two days earlier.

Sakkal conducted appointments without treatment plans, accurate diagnoses or patient monitoring, King said. Many patients were prescribed so many drugs that their health actually worsened under his care.

Medical records show Sakkal was aware of the overdose deaths of seven patients, yet “there was no investigation into the deaths and what contribution Dr. Sakkal would have played,” King testified.

One patient got a series of deadly drug cocktails with nicknames such as “Prescriptive Speedball,” “Triple Threat Heaven,” and “Holy Trinity,” which produces heroin-like euphoria, King testified.

Another patient, a 45-year-old woman who had hepatitis, obesity and hypertension came to Sakkal in 2016, after her former doctor refused to prescribe her any more opiates. Her heart problems were already so severe she needed at-home oxygen treatment to manage them.

Sakkal prescribed her methadone and Xanax.

“This is a combination that is going to lead to cessation of breathing and death,” King testified, calling the prescription "particularly dangerous."