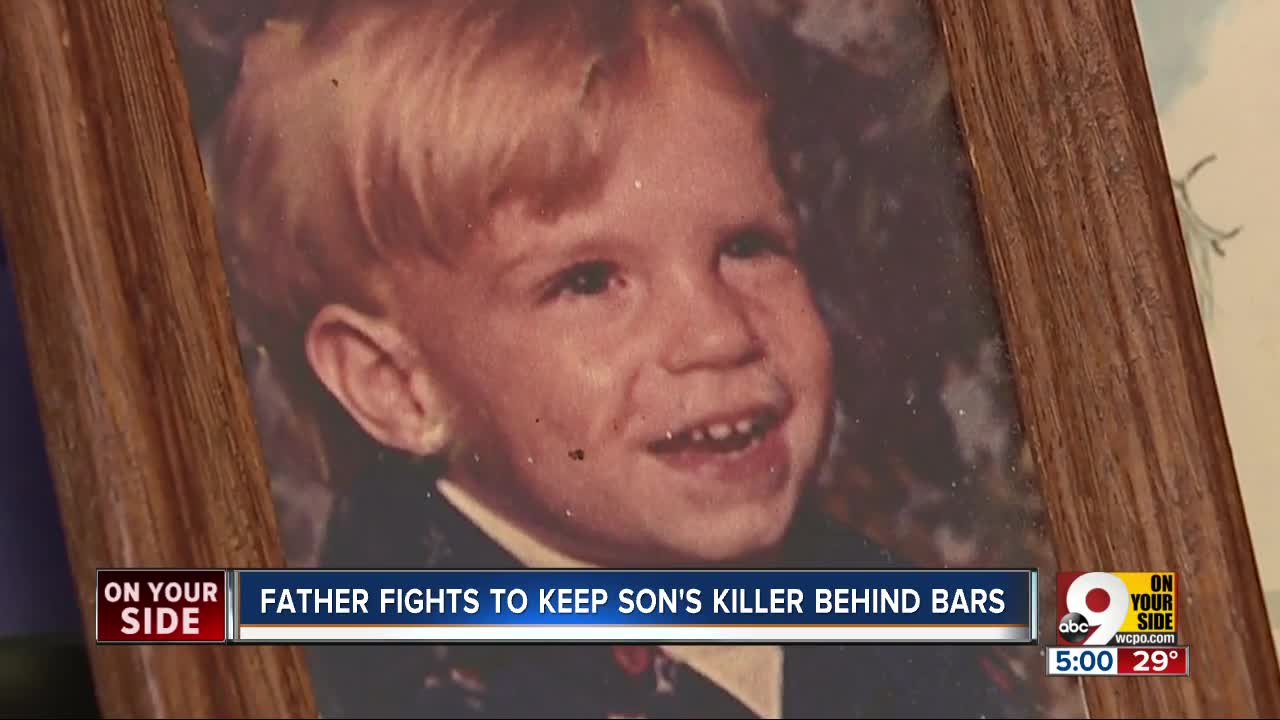 Jason was lured away from a YMCA in Springfield Township by then-17-year-old Adrian Williams, who also led Jason's family to believe he was alive much longer than was true.

CINCINNATI — Bob Evers said a day hasn't gone by that he hasn't thought about his son, Jason, a three-year-old from White Oak who was kidnapped and killed one evening in the summer of 1982.

Jason was lured away from a YMCA in Springfield Township by then-17-year-old Adrian Williams, who also led Jason's family to believe he was alive much longer than was true.

"After 43 days, he knew Jason was dead the first hour," said Bob, Jason's father. "He had enough nerve to call me and ask for money."

Williams was charged and convicted with manslaughter and kidnapping and given a sentence of 50 years in prison. Every five years, Williams comes back up for parole and Jason's family rallies to see that parole denied.

"I promised Jason's mom, she passed at the age of 30, she died in her sleep, that I would do everything I could to keep Williams in prison," said Bob.

This time, the family has an online petition for the parole board. They're gathering support and encouraging the public to sign it, or write letters to the parole board asking that they deny Williams his parole.

"To snatch a three-year-old off of a playground, suffocate him, bury him and then wait like six weeks and try to get money out of the family who's dying with suffering because they can't find their three-year-old is unconscionable," said Joe Deters, Hamilton County prosecutor.

Deters said he believes Williams should stay behind bars as well; he'll be at the hearing and wants the public to help.

Williams' parole hearing is scheduled next month and Jason's family said supporters have until February 1 to sign the petition or reach out to the parole board.

"The hardest part is reliving it," said Bob. "Every five years I have to tell the story over and over."