Kirkland victim's grandmother: 'Lay down and take your punishment' 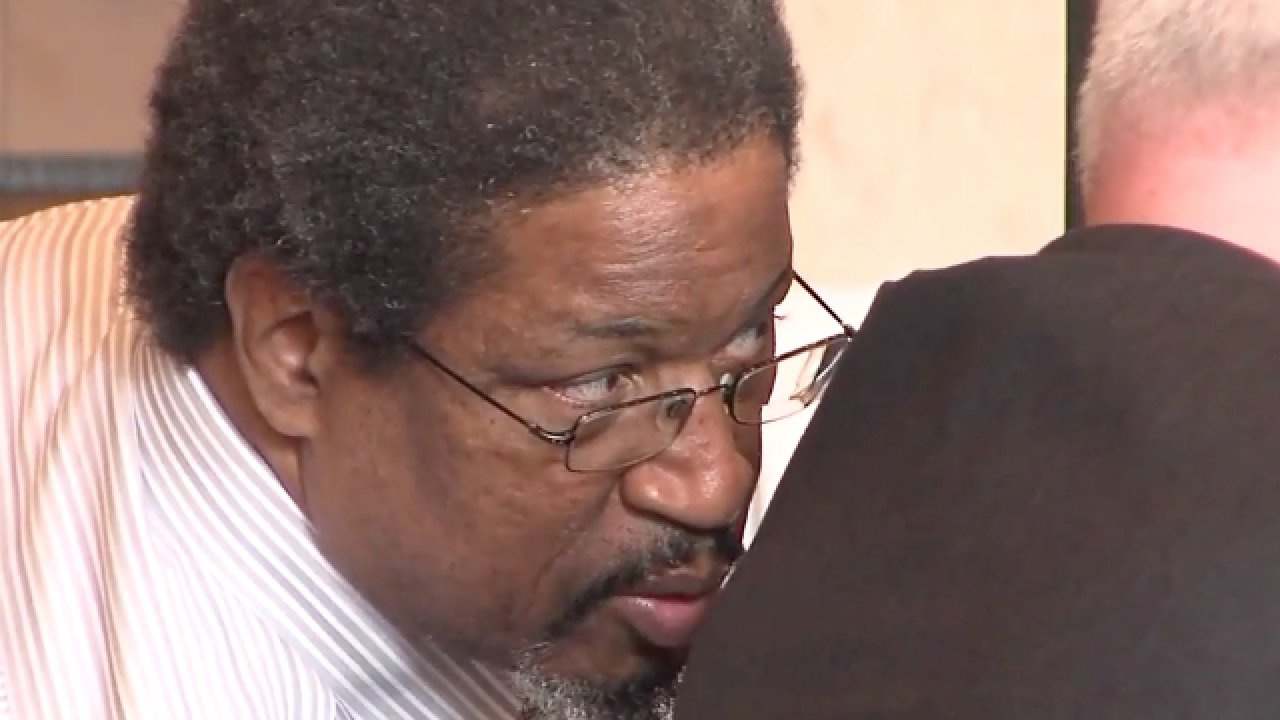 Copyright 2018 Scripps Media, Inc. All rights reserved. This material may not be published, broadcast, rewritten, or redistributed.
<p>Anthony Kirkland sits beside his attorney at the defense table.</p> 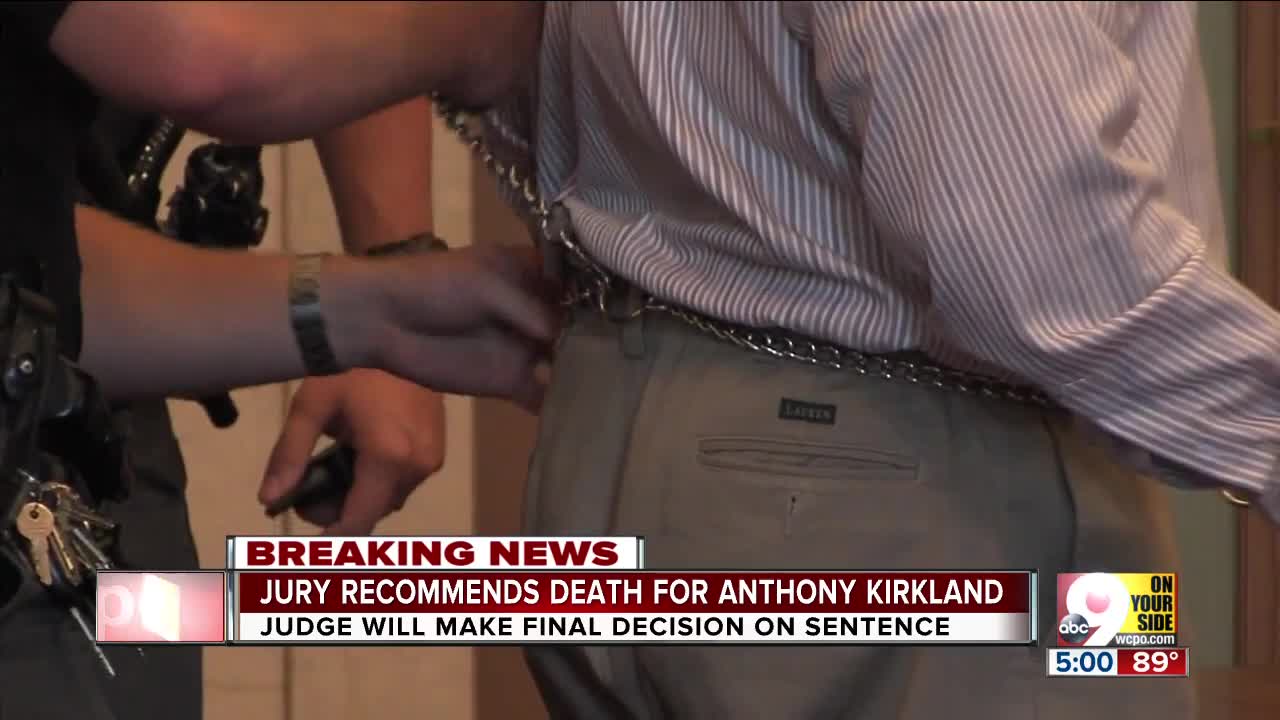 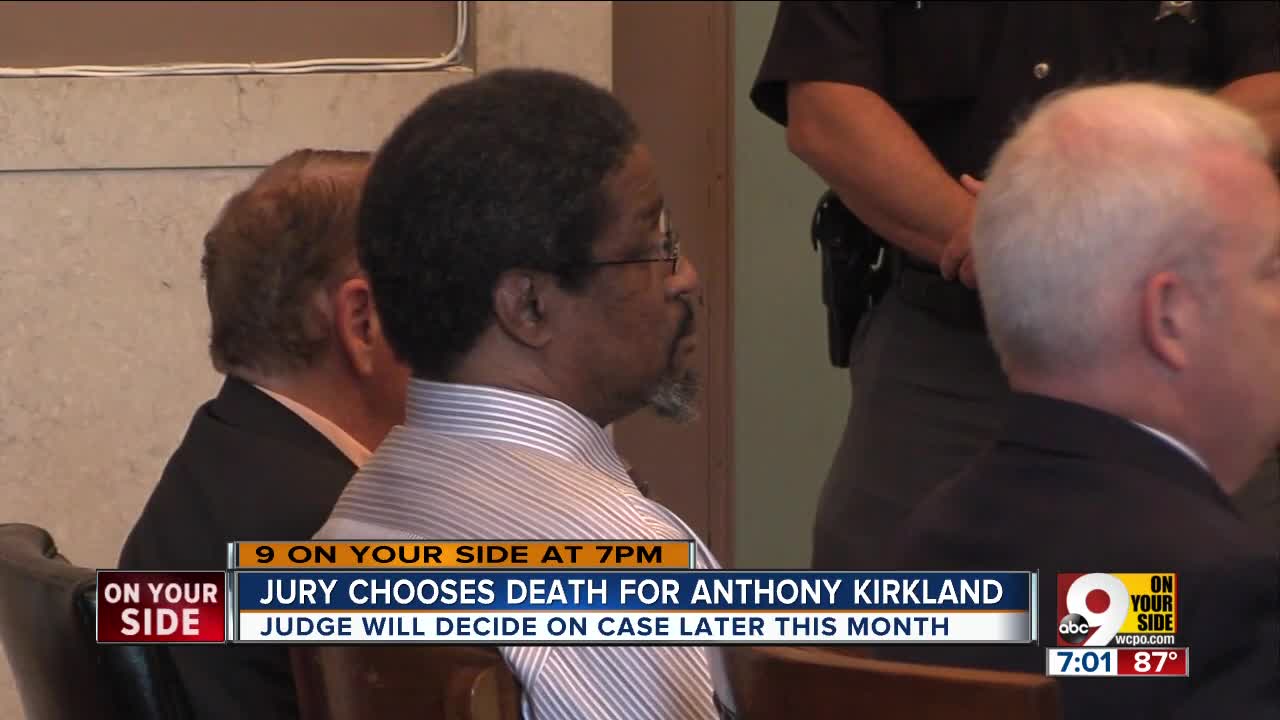 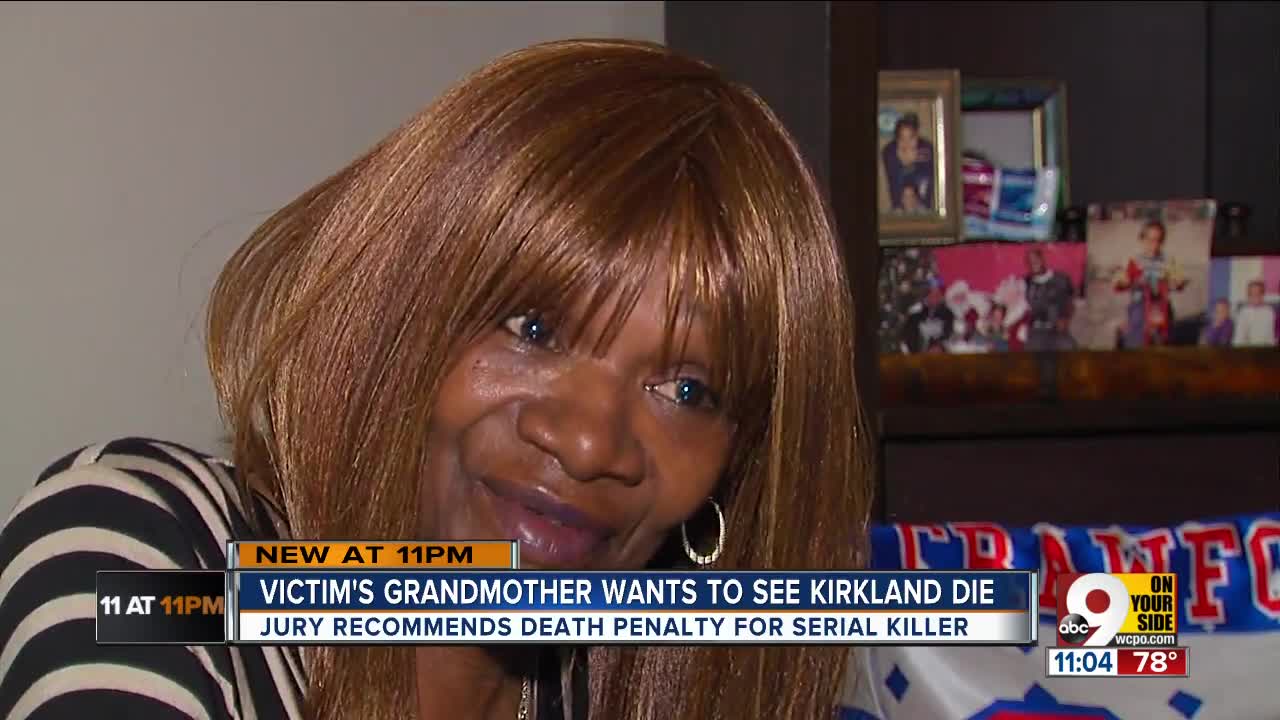 CINCINNATI -- After just a few hours of deliberation, a jury on Monday unanimously recommended that convicted serial killer Anthony Kirkland again receive the death penalty for the rape and murder of two teenage girls.

Patricia Crawford, the grandmother of 14-year-old victim Casonya Crawford, said she wasn't sorry to hear it. When police discovered her granddaughter's burned body in 2006, the only part she could positively identify was one of the girl's feet.

"Lay down and take your punishment; you brought this on yourself," she said. "You knew what would happen when you did these things and got caught."

Judge Patrick Dinkelacker will hand down Kirkland's final sentence. He set a sentencing hearing for Aug. 28.

Kirkland declined to answer a reporter's questions as he was led out of court Monday.

"Quite frankly, he said in his statement that he was going to have to answer to a higher authority, and I think he's not going to like it," Hamilton County Prosecutor Joe Deters said.

The jury -- six white men, four white women and two black women -- reached its verdict after a little over two hours of deliberations Monday afternoon. Prosecutors and the defense made their closing arguments that morning.

As the jury deliberated, they had to consider:

The defense tried to convince jurors Kirkland has an untreated brain disease, injury or defect and that -- along with post-traumatic stress disorder, a childhood of physical and sexual abuse, and drug and alcohol addiction -- contributed to Kirkland's five murders and should be considered mitigating factors in sentencing.

Once testimony concluded Friday, Kirkland read a statement, ending with his plea:

"Eventually I will answer to a higher authority. I do not blame you if you kill me. I do not deserve to live, but please spare my life."

Kirkland said he was sorry for the pain he had caused but added he was not there to beg for mercy, forgiveness or absolution.

Patricia Crawford said she doesn't think he deserves either.

"Your life?" she laughed, then swore as she turned her head away. "What about my baby's life? I'm sure she begged for hers, 'Please, please.' You have no mercy. No mercy."

Kirkland received the death penalty in 2010, when he was originally tried and convicted of Kenney and Crawford's murders alongside those of 45-year-old Mary Jo Newton and 27-year-old Kimya Rolison, but the Ohio Supreme Court later vacated the sentence and ordered a new jury to resentence him.

The court ruled that Prosecutor Joe Deters made an inappropriate remark during closing arguments in 2010 that may have biased the jury. Deters told the jury that the murders of Kenney and Crawford would be “just freebies” for Kirkland unless he got the death penalty because he was already serving life without parole for Newton and Rolison's murders.

Kirkland had previously served a 16-year sentence for a 1987 murder committed in\ the same fashion. He raped, killed and burned then-girlfriend Leola Douglas but pleaded guilty only to voluntary manslaughter, which allowed him to be released on parole in 2004.

"You earned something," Patricia Crawford said Monday night. "You did it. Take your punishment. Stand up like a man."