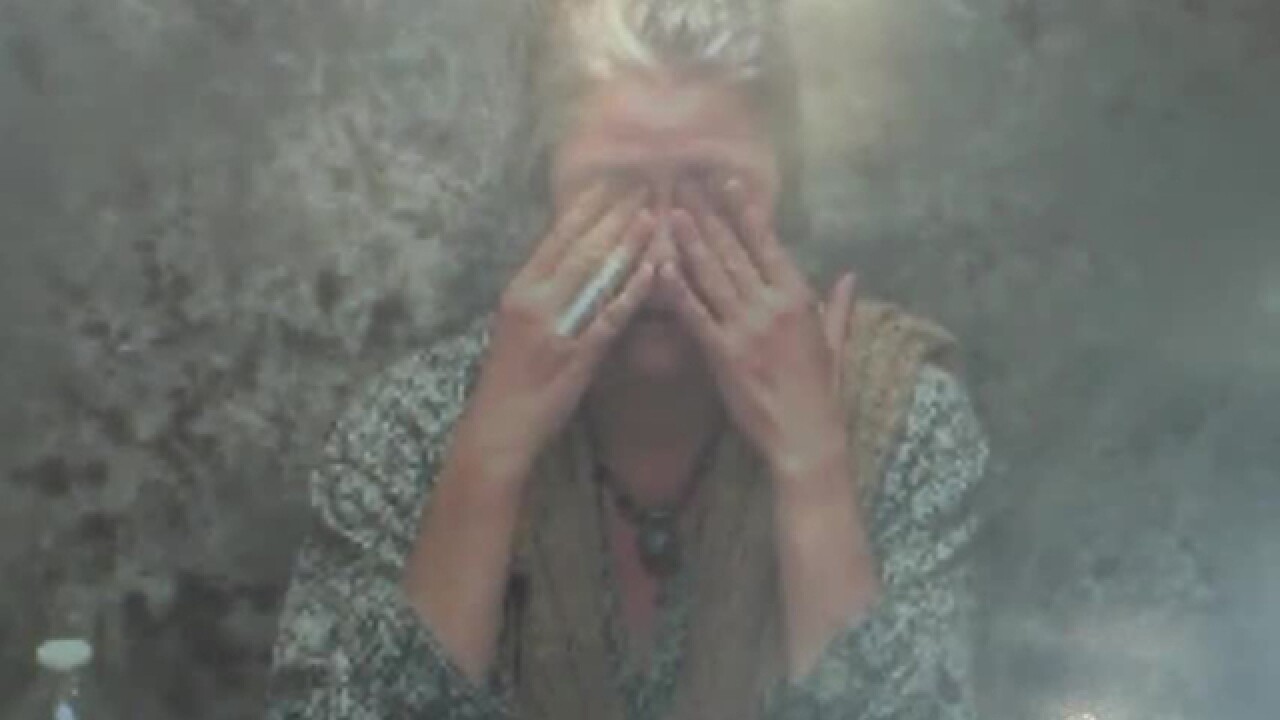 Copyright 2018 Scripps Media, Inc. All rights reserved. This material may not be published, broadcast, rewritten, or redistributed.
<p>Lisa Kenney, Esme Kenney's mother, submits a video testimony about the rape and murder of Esme at the hands of serial killer Anthony Kirkland. </p> 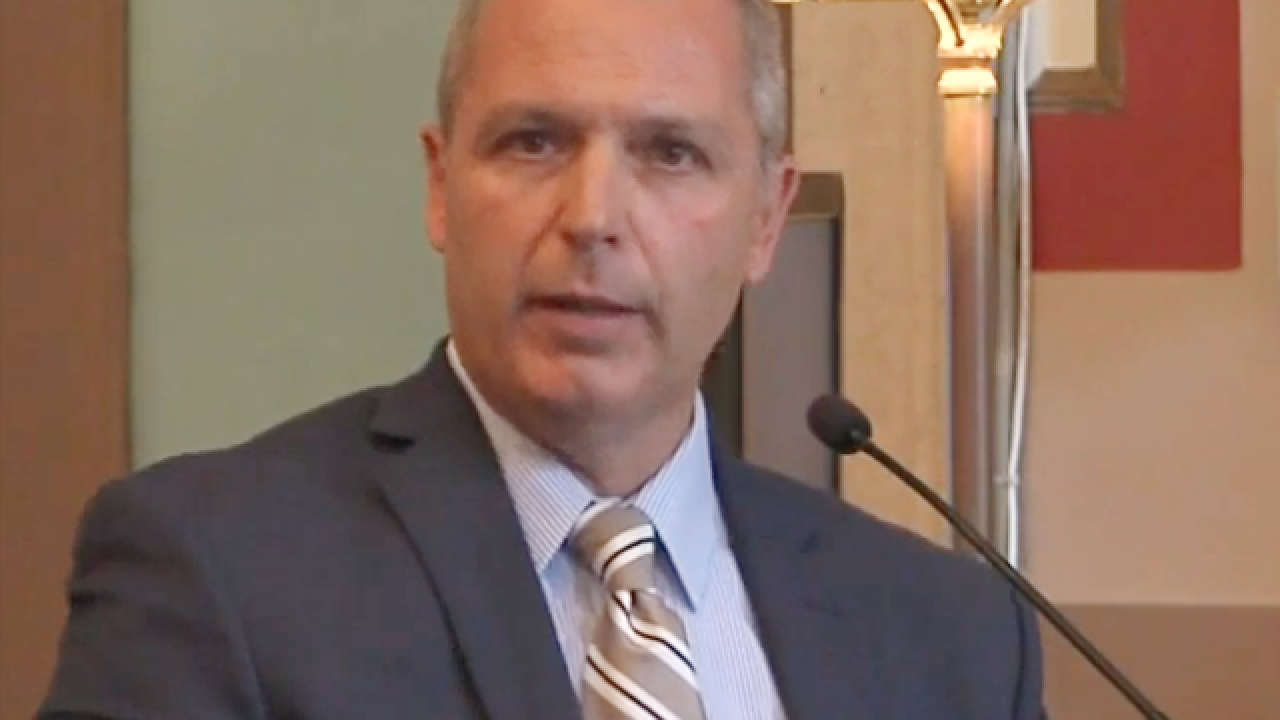 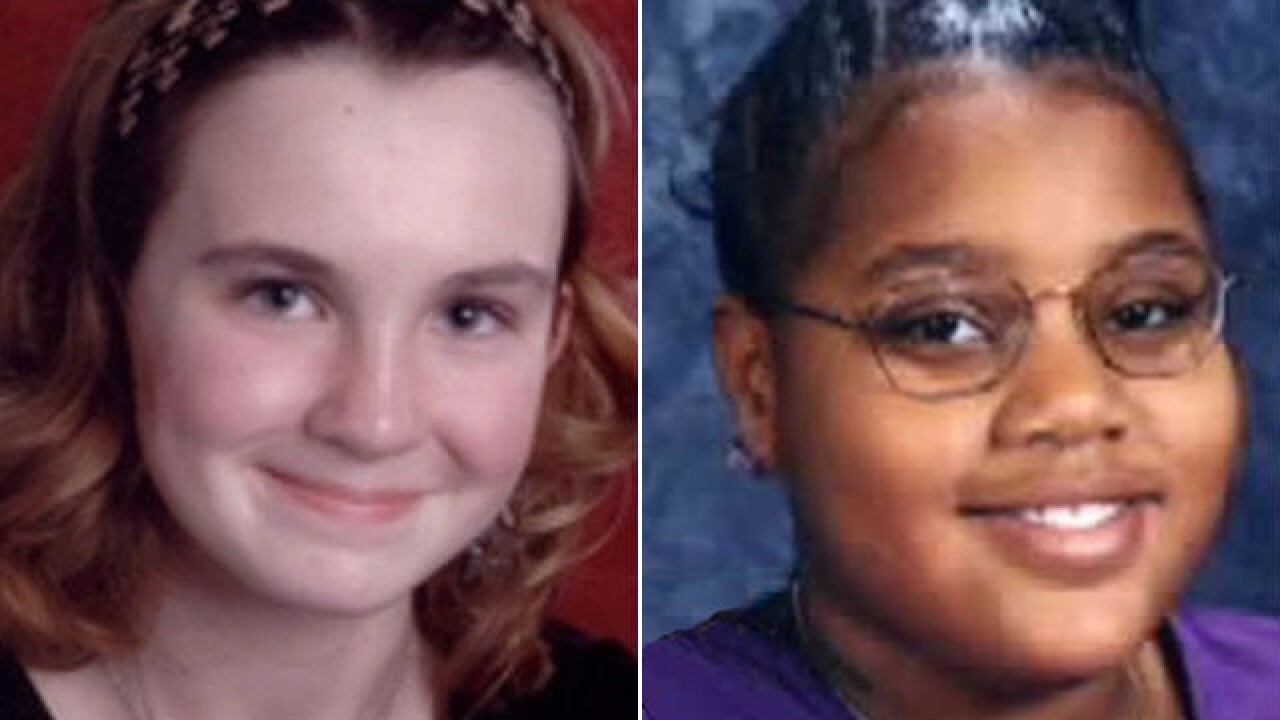 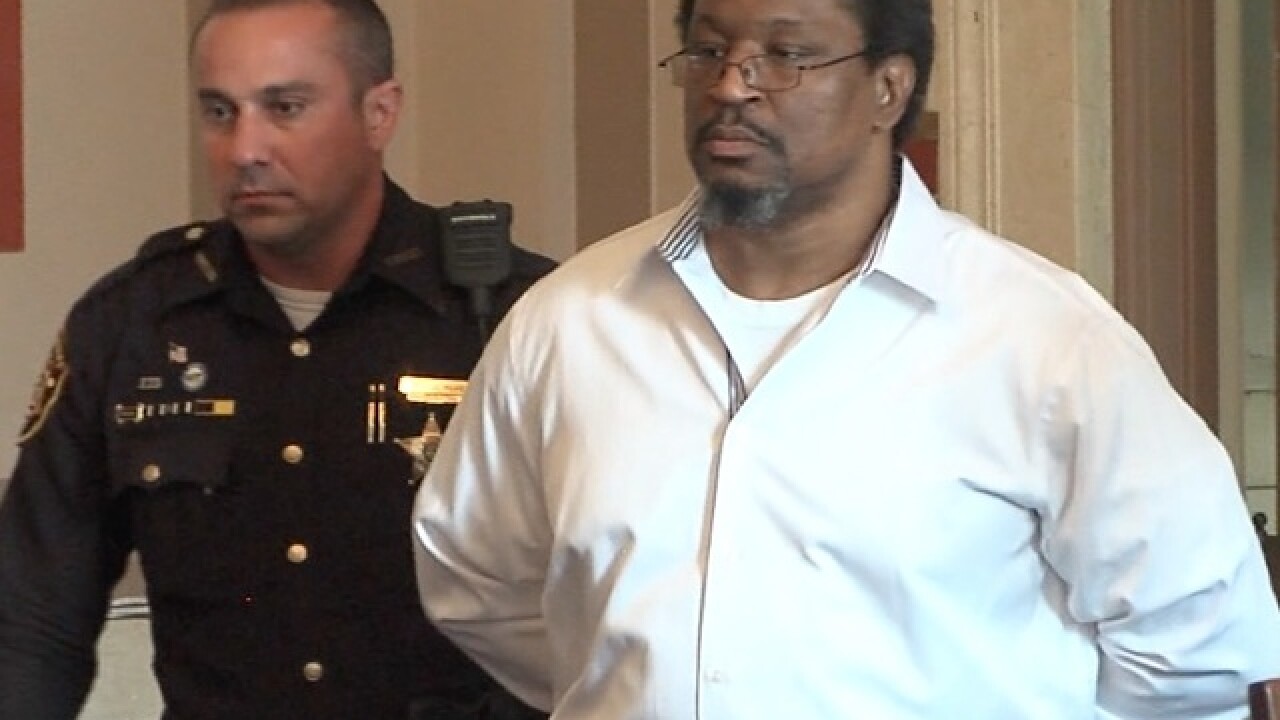 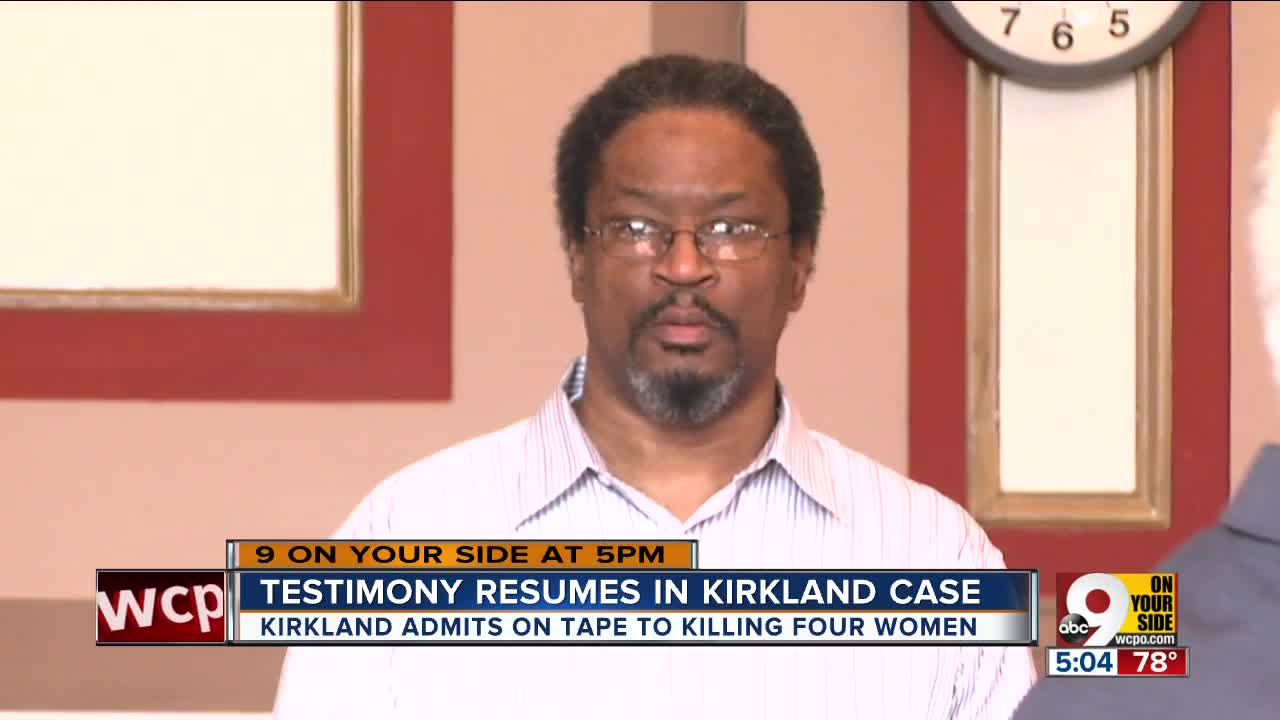 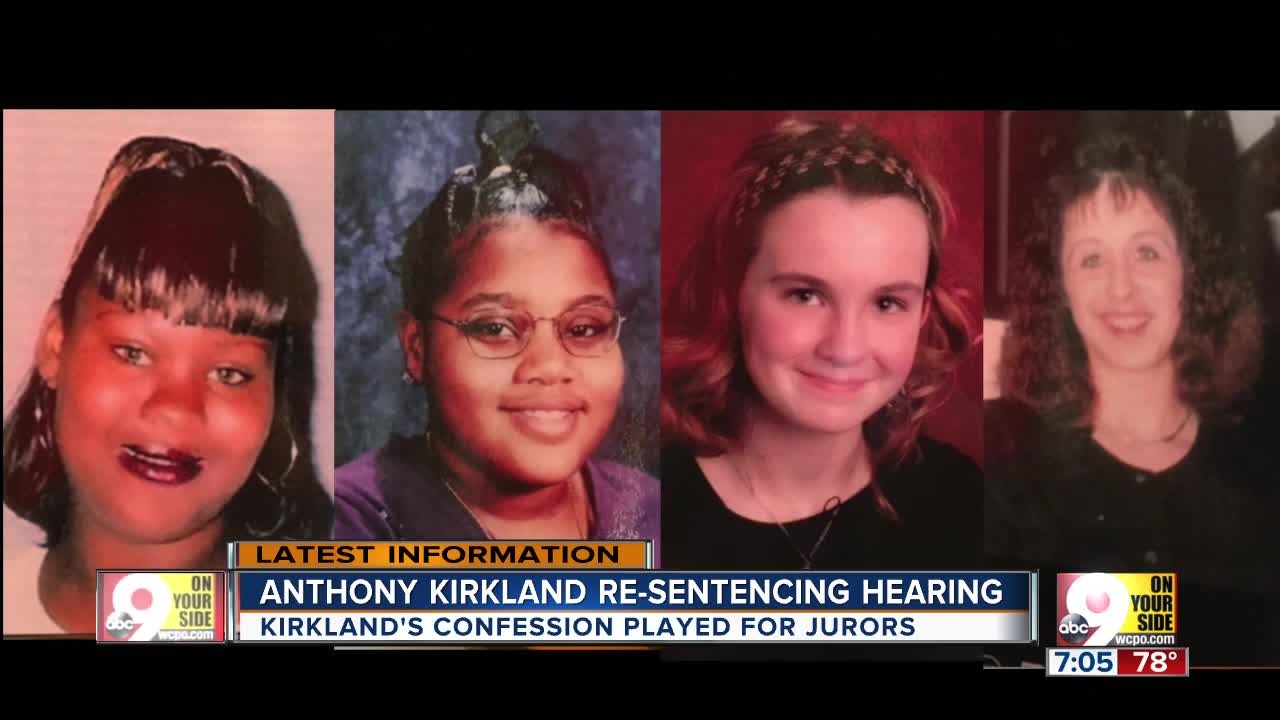 During an eight-hour interview with police in 2009, Kirkland admitting to choking three of the victims and stabbing the fourth. Jurors listened to the recording Monday.

Casonya Crawford, 14, ran into Krikland in Avondale after she snuck out of her grandmother's house in June 2006. Kirkland said he offered her money for sex - first $20, then $60 - but she said no. Then Kirkland said he got angry and attacked her.

"I grabbed her. She kneed me ... When I got hold of her again, I choked her," Kirkland says on the recording.

Kirkland made the statements to police the day after he raped and killed 13-year-old Esme Kenney and burned her body on March 7, 2009.

In Monday's hearing, jurors also heard Kirkland tell detectives about killing Mary Jo Newton and Kimya Rolison. Kirkland told police he picked Newtown up in his van one night, and they ended up in Eden Park. There, Kirkland said things got out of hand. They argued, and she got out of the van.

"I chased her," Kirkland claimed to police. "We got in the van and I just choked her. Then, she turned to look up at me and she told me that the way things is, death wouldn't be a bad thing."

After that, he took Newtown's body to Avondale and burned the corpse. He said he burned the victims' bodies because it was a part of ritual and "'cause fire purifies."

Similarly, Kirkland said he picked up Rolison and they drove around in his van. After someone robbed him, he said he was angry and stabbed her in the jugular. He burned her body, too.

Just before court ended Friday, jurors heard Kirkland concede to Det. Keith Witherell’s pleas to lead them to Esme’s body. Kirkland persisted in claiming he didn’t kill her, but when word came to the interview room  that police had found her body, Kirkland rather perversely described how he “punched”  and “stomped” the 110-pound girl.

On the tape, Kirkland said he attacked Esme after she bumped into him while she jogged alone around the Winton Hills reservoir on that late Saturday afternoon. He said he flew into a rage because Esme’s face reminded him of the mother of his son, Anthony Jr., and Kirkland despised her because she wouldn’t let him spend time with their child.

WATCH a recap of what happened in Friday's hearing:

WATCH Lisa Kenney's 30-minute video testimony in the player below.

Lisa Kenney’s testimony was especially gripping and painful to listen to.

Sitting in front of a video camera, she described her shock at realizing Esme hadn’t come home from her jog and the terror-filled searching that followed. After calling 911, Lisa  said she wandered alone into the dense brush and honeysuckle near reservoir.  She said it was so thick “I had to crawl.”

“Then I got to the center, a clearing, and I stood and listened. It turned out I was close to where they found the body,” she said.

Lisa moved to Washington state to try to escape the anguish of her daughter’s murder.

The jury will ultimately decide if Kirkland lives or dies for killing Esme and Casonya. In 2010, Kirkland was convicted and sentenced to the death penalty. He had already gotten life sentences for killing Kimoya and and Mary Jo. Kirkland, though, appealed the death sentence, and the Ohio Supreme Court ordered this hearing.

Kirkland’s appeal was based on a comment Prosecutor Joe Deters made in court. Deters told the jury that the murders of Esme and Casonya would be “just freebies” for Kirkland unless he got the death penalty, since Kirkland was already serving life without parole for two previous killings.

RELATED: Deters doesn't back down from statement

Before that, Kirkland served 16 years after killing and burning his girlfriend in 1987.

Kirkland walks to court with his legs and arms shackled, but they are removed while court is in session. So far, the killer, wearing a white dress shirt and trousers and sitting at a desk with his attorneys, has listened peacefully and silently.

Kirkland did talk openly during a sidebar, and that became a cause celebre when another local TV station played the recording and put the text of the discussion on its website.

But Judge Patrick Dinkelacker took the precaution of ordering Kirkland to wear a stun cuff under his clothes, after the sheriff’s office said it was necessary to protect the court and the public. A deputy can give Kirkland a shock at the press of a button if he becomes unruly.

The hearing will continue Tuesday morning. All that's left for the prosecution's case is testimony from Hamilton County Coroner's Office employees. After that, the defense will begin presenting its case for a sentence of life in prison without the possibility of parole.