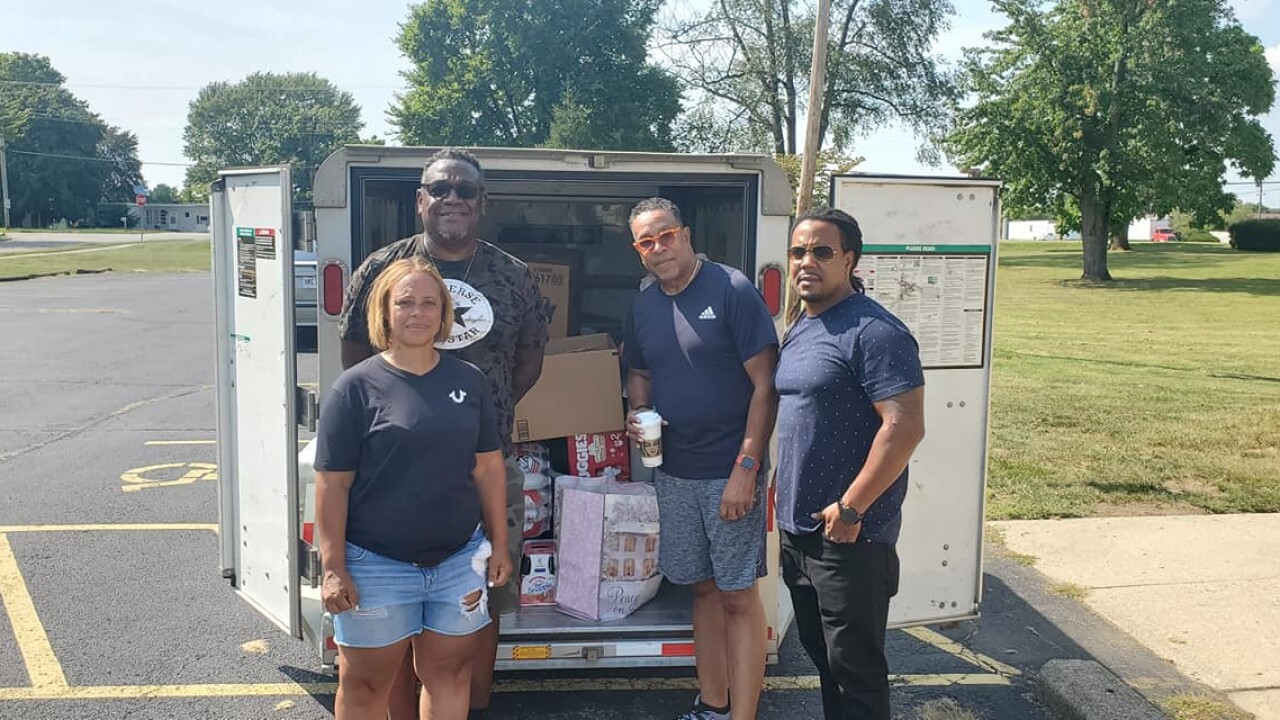 HUBER HEIGHTS, Ohio — As Dion Green watched the Gulf Coast take a direct hit from a hurricane, he felt a twinge of familiarity. He's still picking up from 2019's tornado outbreak in the Dayton, Ohio area.

He made one trip to Lake Charles, Louisiana this summer and is planning another for Oct. 25.

"I felt like I was right back into the midst of what happened here in Ohio," he said.

His friend, pastor Rick Nance of Aldersgate United Methodist Church in Huber Heights, grew up in Lake Charles. It bore the brunt of Hurricane Laura, a strong Category 4 storm with winds reaching 150 mph.

"Everything was eviscerated," Nance said. "People sleeping in Walmart parking lots, things like that."

On the pair's first trip to Lake Charles, Green said he saw devastation reminiscent of the tornado, but he was struck by one major difference.

Green activated the foundation named for his father, Derrick Fudge, who was shot and killed in the Oregon District mass shooting in August 2019, a little more than two months after the tornado that damaged Green's home.

It was their first night out together since, the first time Green had taken a night off working on fixing his home after it was hit by an EF-4 tornado on Memorial Day.

Green created the FUDGE Foundation to connect survivors and victims of traumatic events to the resources they need.

"When we got that disaster here in Ohio, people from all over the country came and showed their support," he said. "So I said let's show them that Ohio supports them too."

On the first trip, Green and Nance gathered enough donations to fill a trailer. Their goal for the second trip, according to Green, is to "fill an 18-wheeler."

"When we have been blessed, we have to pass it on," Nance told our partners at WHIO. "I think it's the right thing to do as Americans and as people."

Green added the cause is "near and dear" because of what he went through after the tornado and then the loss of his father. He said recovery takes longer than most victims understand, rebuilding both physically and emotionally.

"The times we're going in right now in this country, they're trying to separate us by color and this and that," he said. "As human beings we need to stand up and show them that we can support them."

The second relief mission leaves on Oct. 25 and will last three days.

The FUDGE Foundation and Aldersgate UMC are still taking donations.

WCPO news partner WHIO-TV in Dayton contributed to this report.